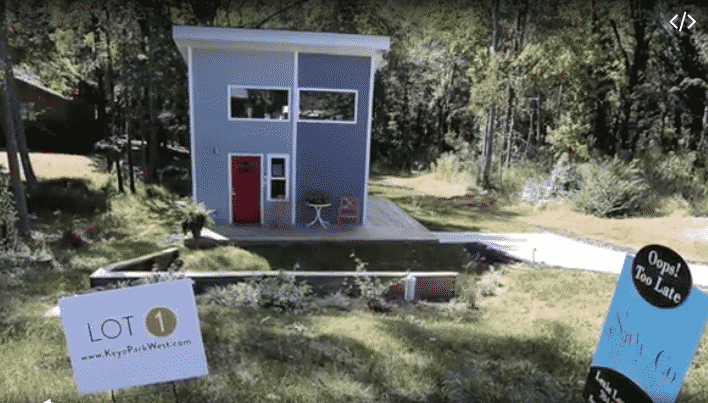 Tiny houses are the darlings of New Urban Agenda to provide “affordable housing for all”, but existing neighborhoods want nothing to do with them since they hurt property values. The UN’s agenda of social engineering completely disregards anyone or anything that gets in their way or its anti-freedom programs. ⁃ TN Editor

To developer Kelvin Young, his planned “tiny house” community in northwest Charlotte will create an affordable place for first-time home buyers or for people downsizing.

But to neighbors, Young’s Keyo Park West is a threat to their property values. They are asking City Council to stop it.

“We have been hanging out there for 60 years in Coulwood,” said Robert Wilson, who lives a half-mile from Young’s planned tiny house neighborhood off Cathey Road near Paw Creek Elementary. “All of a sudden this little building started coming up and no one knew what it was. Then it started looking like a house.”

Young is piggy-backing on a national trend of people buying tiny houses, which has been popularized by TV shows such as HGTV’s “Tiny House, Big Living.” In many cases, those homes are truly tiny, with as little as 200 square feet. Keyo Park West would have small homes, but Young’s use of “tiny homes” is in part a marketing strategy.

Wilson, who spoke before council members in opposition to the project in September, said Keyo Park West should be regulated like a mobile-home park.

“You specifically designate areas for mobile homes, and this is no different,” he said. “We want this stopped. We aren’t against (zoning that allows three homes per acre). We are just talking about these types. It will greatly diminish our property values.”

But Young said neighbors don’t understand his project. While TV shows often celebrate tiny homes on wheels, the Keyo Park tiny homes are built on concrete foundations. He said they are no different than a single-family home, only smaller.

The city of Charlotte said that’s correct. Ed McKinney, the interim planning director, said the tiny home that’s been built qualifies as a single-family home. The city doesn’t require that single-family homes be a certain size.

Do you own something if someone else can tell you what to do with it? Zoning is the enemy here. Not people trying to escape a life of usury.

Zoning only exists because people have the Constitutional right to freely contract. Therefore, they can forfeit their private property rights.