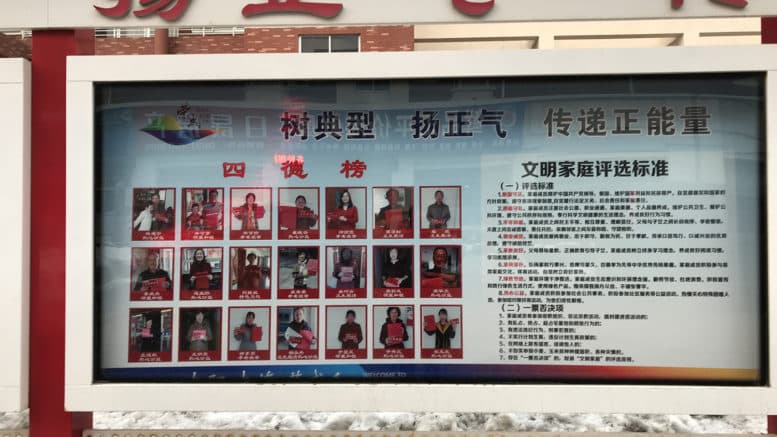 Please Share This Story!
PDF 📄
Public awareness of this approaching dystopia is growing, thanks to articles in major publications, but few have made the connection with the larger issue of Technocracy, to which China is fully committed. ⁃ TN Editor

Imagine calling a friend. Only instead of hearing a ring tone you hear a police siren, and then a voice intoning, “Be careful in your dealings with this person.”

Would that put a damper on your relationship? It’s supposed to.

Welcome to life in China’s “Social Credit System,” where a low score can ruin your life in more ways than one.

Say you arrive at the Beijing airport, intending to catch a flight to Canton 1,200 miles south. The clerk at the ticket counter turns you away because — you guessed it — your social credit score is too low.

Not only are you publicly humiliated in the ticket line, you are then forced to travel by slow train. What should have been a three-hour flight becomes a 30-hour, stop-and-go nightmare.

All because the government has declared you untrustworthy. Perhaps you defaulted on a loan, made the mistake of criticizing some government policy online or just spent too much time playing video games on the internet. All of these actions, and many more, can cause your score to plummet, forcing citizens onto the most dreaded rung on China’s deadbeat caste system, the laolai.

And the punishments are shocking. The government algorithm will go as far as to install an “embarrassing” ring tone on the phones of laolai, shaming them every time they get a call in public.

But an embarrassing ring tone, flight bans and slow trains are just the beginning of the dystopian nightmare that is now daily life in China for tens of millions of people.

A low social credit score will exclude you from well-paid jobs, make it impossible for you to get a house or a car loan or even book a hotel room. The government will slow down your internet connection, ban your children from attending private schools and even post your profile on a public blacklist for all to see.

According to Australia’s ABC News, the government has produced a “Deadbeat Map” via an app on WeChat, which shows a radar-style graphic identifying every laolai in the vicinity of the user.

“Tapping on a person marked on the map reveals their personal information, including their full name, court-case number and the reason they have been labeled untrustworthy. Identity-card numbers and home addresses are also partially shown,” ABC reported.

There are reports that those whose social credit score falls too low are preemptively arrested and sent to re-education camps. Not because they have actually committed a crime, but because they are likely to.

Elements of the system are in place throughout China, as the government refines its algorithm, and the final rollout is scheduled to be in place nationwide by 2020.

The government claims that its purpose is to enhance trust and social stability by creating a “culture of sincerity” that will “restore social trust.”

What it will actually create, of course, is a culture of fear and a nation of informants.

This is because one of the ways that people can improve their own social credit score is to report on the supposed misdeeds of others.

In case nobody else has noticed, China’s social credit system is ALREADY HERE! It’s being implemented through the private sector. Go to mylife.com, and search for your and your friends’ names. This website is just the first. Eventually, if this isn’t stopped, there will soon be three or four huge companies maintaining your “reputation score”, and that score will determine the course of your life. I’ve already written my so called representative and senators, as well as the White House. They need to hear from all of us.