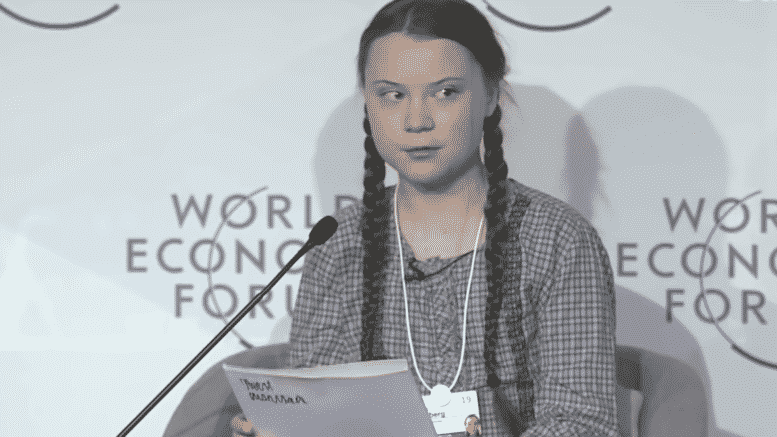 Please Share This Story!
PDF 📄
It appears that if you are a denier of any sort, you will be purged by the Technocrat machine. The only content left will be that which agrees one-hundred percent with the global narrative of the Great Reset, aka Technocracy. Meanwhile, Google continues to claim that it is not an editorial organization. ⁃ TN Editor

Google and YouTube on Thursday announced a new policy that prohibits climate deniers from being able to monetize their content on its platforms via ads or creator payments.

Why it matters: It’s one of the most aggressive measures any major tech platform has taken to combat climate change misinformation.

Details: Google advertisers and publishers, as well as YouTube creators, will be prohibited from making ad revenue off content that contradicts “well-established scientific consensus around the existence and causes of climate change,” the company’s ads team said in a statement.

Google said it’s making these changes in response to frustration from advertisers and content creators about their messages appearing alongside climate denialism.

Yes, but: Google often makes changes to its ads policies to reduce misinformation, but this update is notable, given how hard it can be to characterize certain commentary about climate change as denialism or misinformation.

The big picture: Internet companies have been under increased pressure from climate activists to do more to address climate change denial on their platforms.

“Internet companies have been under increased pressure from climate activists to do more to address climate change denial on their platforms.”

TRANSLATION: …from climate activists to do more to CENSOR public opinion which does not agree with their technocratic/totalitarian viewpoint and those of scientists who do not agree with one another.

PROPAGANDA FROM THE TECHNOCRATS.

Inclined plane wrapped into a helix around a central axis for Gretta, the UN, Google, youtube or anyone else preaching this Bovine Fecal Excrement. I do not need any of them.

I had two videos removed from my YouTube channel that discussed vaccines. One was a doctor giving a presentation and was posted in 2013 with over 85k views. The other was a Toronto Board of Health Town Hall Meeting presentation on vaccines and health.
YouTube called it medical misinformation and the two emails I received came in at the exact same time stamp. The purges will certainly intensify over the coming months.

The electric revolution is a fraud and the billionaires and industry insiders know it. Planet of the Humans and other documentaries show how this revolution is going to increase overall fuel usage and mining by 50-150% as all systems have a backup and starter system and the toxicity of the components is extreme to absolutely deadly. Apple computer is using forced labor as is Space X in their forcing 3rd world countries for cobalt and lithium. All components are much much more expensive and are far less efficient and still the old standby coal, oil, gas will have to remain… Read more »