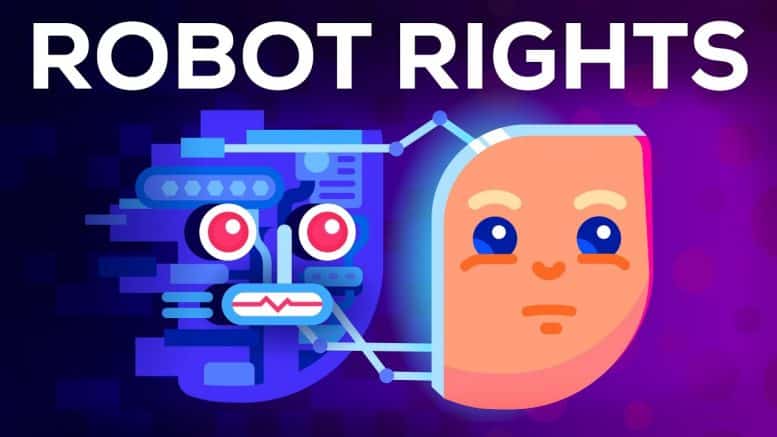 Please Share This Story!
PDF 📄
Technocrats believe humans are little more than a randomized bag of atoms and molecules, and hence, humans are on a par with any other biological or non-biological thing. Their extremely low view of humanity leads them to think that we can and should be ‘engineered’ like any other element of the system of the world  ⁃ TN Editor

Efforts to expand rights beyond the human realm are ubiquitous and reflect, in my view, a deep misanthropy and a threat to universal human rights.

That includes the movement to declare sophisticated artificial intelligent machines (“strong AI,” not yet here) to be “persons,” entitled to entry into the moral community. Today, there is an extensive discussion of this meme in Religion & Politics. From, “As Artificial Intelligence Advances, What are Its Religious Implications?”:

This strong AI, also known as artificial general intelligence (AGI), has not yet been achieved, but would, upon its arrival, require a rethinking of most qualities we associate with uniquely human life: consciousness, purpose, intelligence, the soul—in short, personhood. If a machine were to possess the ability to think like a human, or if a machine were able to make decisions autonomously, should it be considered a person?

But no machine will ever ”think like a human.” Our thought processes are not solely computations. They involve the unquantifiable aspects of being alive, e.g., emotions–which no inanimate object could ever actually feel–experience, unconscious input, memories, hormones, genetics, on and on and on.

Indeed, we don’t really understand the nature of consciousness. At most, a strong AI computer would mimic human thought. It would not actually “think,” it would compute. Again, not synonyms.

Supposedly, this would have significant religious implications:

The personhood debate, for Christianity and Judaism in particular, originates with the theological term imago Dei, Latin for “image of God,” which connotes humans’ relationship to their divine creator.

The biblical book of Genesis reads, “God created mankind in his own image.” From this theological point of view, being made in the divine image affords uniqueness to humans.

Were people to create a machine imbued with human-like qualities, or personhood, some thinkers argue, these machines would also be made in the image of God—an understanding of imago Dei that could, in theory, challenge the claim that humans are the only beings on earth with a God-given purpose.

Please. They would be machines, without any “eternal” significance, manufactured and at least initially programmed by us to achieve purposes that weestablished. They could not die. AI could only be “on” or “off.”