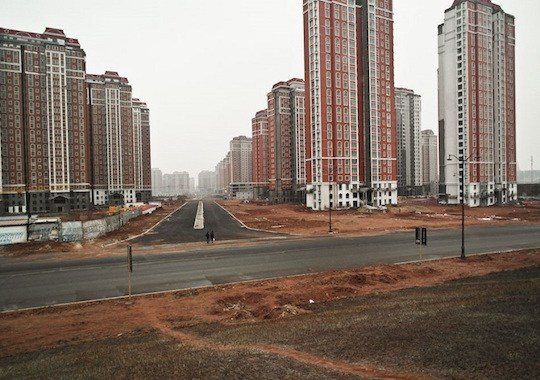 Please Share This Story!
PDF 📄
Others are quickly picking up on the World Economic Forum’s Technocratic domination of the world. Instead of “eliminate poverty”, it’s poverty for all. Instead of “jobs with dignity for all”, it’s sit at home and get paid Universal Basic Income. Instead of “pursuit of happiness”, it’s “You will own nothing and be happy”. ⁃ TN Editor

Michael Walsh, author of Against the Great Reset: Eighteen Theses Contra the New World Order, noted on Wednesday’s edition of SiriusXM’s Breitbart News Daily with host Alex Marlow that the World Economic Forum’s [WEF] Great Reset program seeks to reduce the human population while restricting freedoms under the auspices of what the leftist organization describes as “climate change” and “public health” pursuits.

Walsh recalled how the WEF’s Great Reset operation was widely dismissed by leftists as a “conspiracy theory,” despite the WEF regularly promoting its Malthusian vision on its website, at its hosted discussion panels, and on its podcast titled The Great Reset.

“[The Great Reset] is a conspiracy that’s actually on the website of the people who are conspiring,” Walsh remarked. He described the WEF as “a consortium of plutocrats, fascists, and governmental apparatchiks.”

The WEF’s executives and membership share a vision of endlessly centralized control over humanity via increasingly tightening spheres of freedom around individuals, Walsh observed.

“[They] wish to basically have you live in a high-rise, drive an electric car — or preferably don’t drive the electric car, they don’t like you mobile — and eat bugs,” he said.

He stated, “They even wrote a book called COVID-19: The Great Reset. So now you see the link to what we just went through for two years of the COVID hoax, and the COVID fascist lockdowns, and the abrogation of our civil rights.”

Walsh determined that public compliance with fascistic edicts and decrees ostensibly imposed as measures to reduce coronavirus transmission has emboldened WEF architects of the Great Reset.

He lamented, “The worst thing is we passed their tests with flying colors. We lined up to go into those sheep slaughtering pens, and it’s the biggest disgrace I’ve witnessed.”

Great article! Yes, the NWO (or Disorder) is about ”You will own nothing, and not even yourself.”

Add in meta and hacking your soul. What a life these guys envisage for us

Funniest headline I’ve read, … hang on, but its their vision!

“Breitbart News reported on recent news media promotion of Dutch children eating insects — ostensibly to combat “climate change” by lowering carbon dioxide emissions with insect production relative to animal husbandry and meat processing — as an illustration of leftist premises used as pretexts for government control over food production.” I insist that Russian children are no less important than Dutch children and should not be discriminated against in this way. They will not remain behind the Dutch children. https://www.rbc.ru/business/19/09/2022/632869779a7947552e45e2b4?utm_source=amp_full-link September 19 “Manturov called for a change of mentality and to evaluate the meat from the fly larvae In the… Read more »