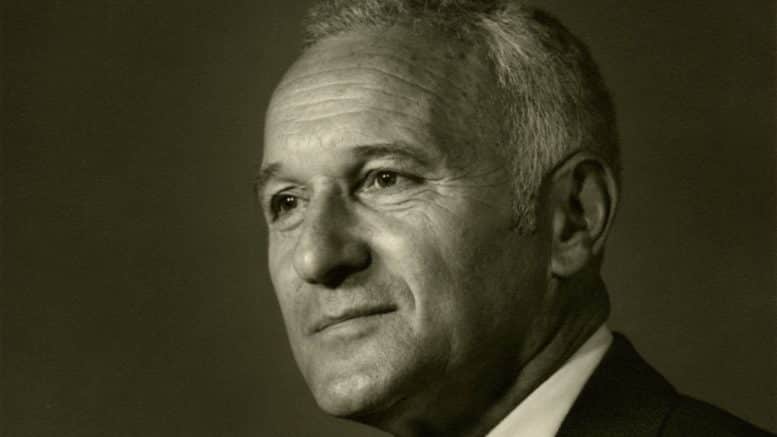 CIA chemist Sidney Gottlieb headed up the agency's secret MK-ULTRA program, which was charged with developing a mind control drug that could be weaponized against enemies.

Please Share This Story!
PDF 📄
It is amazing that NPR would print anything on the CIA’s infamous and horrific MK-Ultra program from the Cold War era. Repatriated Technocrat scientists from Nazi Germany  played a key role after WWII. ⁃ TN Editor

https://www.youtube.com/watch?v=fFi1gg7Bcdk World Domination in short is Satan who will possess a man and cause all to worship him (kinda like he did Hitler), because he wants to be God. His rulership will be the revived Roman Empire which is world domination, and he uses men to do it. See Revelation 13. God will only give him 7 years called ‘The Tribulation’. The C.I.A. is translated: Catholic Intelligence Agency. Salvation is only through Jesus Christ. For God so loved the world that he gave his only begotten Son that whosoever believes in him shall not perish but have everlasting life. John… Read more »

NPR gets NO CREDIT from me for telling this story. They have sat watching for decades not revealing any truth about MK-ULTRA–like all the other MSM whores. Now, they want to talk about it? Pshaw. The one interest here is that they are talking about it at all.

Clicking the “Read Full Story Here” link says that the NPR.org site can’t be reached. As if to put a melodramatic touch to this skulduggery.
From what I CAN read here there is nothing new. This was all revealed in the book “The Search for the Manchurian Candidate” by John D. Marks, published in 1974!
I believe Dr. Gottlieb surreptitiously spiked some of his colleague’s drinks with LSD so that he could observe the effects, One of them went into a days long depression and committed suicide
by leaping from a window.