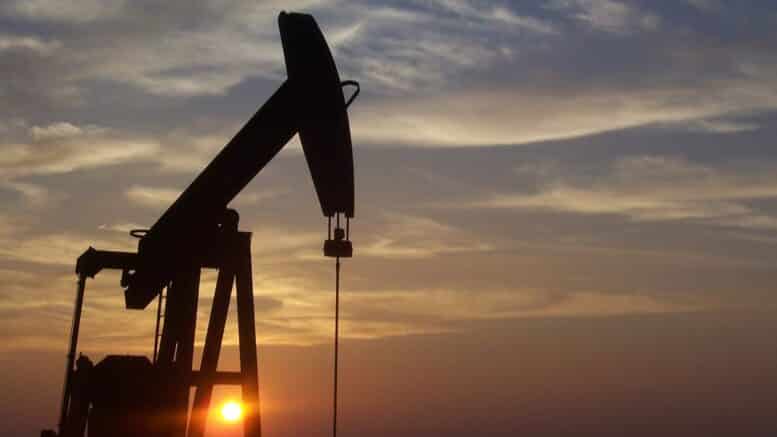 Please Share This Story!
PDF 📄
Finally, a billionaire gets the big picture that “Somebody’s on the path to destruct America”. The mother of all economic destructions is taking place because energy is intentionally being withdrawn from the economy. All economic activity is directly proportional to the amount of available energy. This is the scorched-earth policy of the WEF’s Great Reset at work.

America has demonstrated energy independence and is able to pump oil for $50/bbl or less. The Biden Administration has shut down domestic oil, gas and coal operations and then goes to Saudi Arabia to beg them to sell us oil at $120/bbl. This is not insanity – it is the intentional destruction of our nation. ⁃ TN Editor

New York billionaire and refiner John Catsimatidis is out with a new warning that soaring fuel prices and rising interest rates could produce a hard landing for the US economy. Catsimatidis warned last month about the diesel shortage on the East Coast, even suggesting the fuel could “be rationed this summer.”

Catsimatidis told Fox Business’ Dagen McDowell that the fuel crisis “will get worse” and said the Biden administration is steering the economy on a path towards recession, indicating this downturn doesn’t need to happen.

Biden’s “obsession” against “turning on North American oil spigots” has skyrocketed energy costs and inflation, he said, adding that the president has been begging Saudi Arabia and other countries for more crude production instead of increasing domestic production.

He explained it makes absolutely “no sense” to beg Saudi Arabia for crude at $120/bbl. He called on the president to increase domestic drilling.

“[Biden] wants to fly to Saudi Arabia and beg the Saudi Arabians to give us another half a million barrels at $120 a barrel… It makes no sense,” he added.

Catsimatidis spoke with McDowell on Monday as the national gasoline average at the pump inched closer to $5 a gallon. 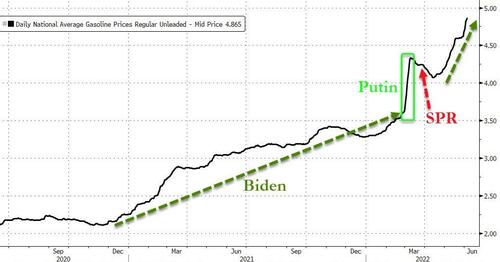 Tightness in fuel supplies is worsening and has forced multiple banks, including Goldman Sachs (full note available only to pro subs), to revise the peak summer oil price target from $125/bbl to $140/bbl.

Goldman outlined demand destruction would be around $160/bbl. 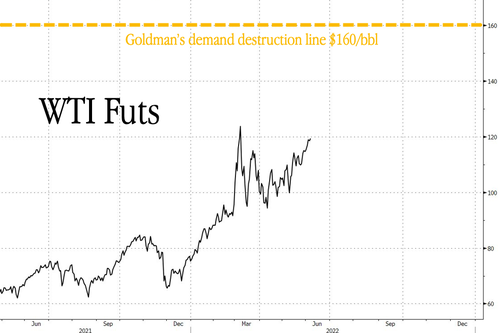 Besides soaring energy costs (as well as rapid food inflation), Catsimatidis said he disagrees that the Federal Reserve’s aggressive monetary tightening is the right thing to do and could trigger a recession.

“Somebody’s on the path to destruct America, and somebody’s got to say ‘guys, enough is enough’. You know what the cost has been to the American people because of the rising gas prices – the cost of the rising food prices – it’s going to go even higher with $120 oil”, Catsimatidis said.

Maybe history doesn’t repeat, but it certainly rhymes. Perhaps Catsimatidis is right. Soaring energy costs and rising interest rates are a perfect storm that could shock the economy into the next recession.

And Joe Biden is pissed at his staff because of his atrocious polling and approval numbers?