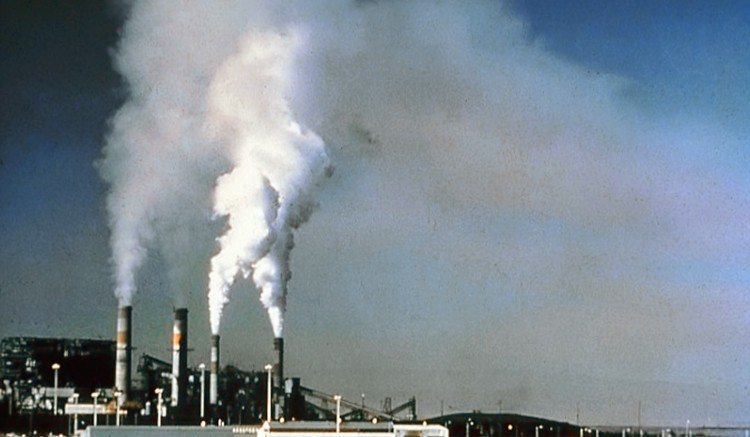 TN Note: Any new data that disproves parts of the global warming fraud will not be accepted nor included in further analysis by researchers, universities, the U.N, IPCC or by government sponsored organizations such as NAOA, the EPA, etc. For them, the science is settled and not open to debate. However, many more scientists question man-made climate change than to accept it as fact. Such is the mind of a Technocrat.

For the second straight year, the global economy has grown without a corresponding rise in emissions tied to climate change, reversing an almost two-century-old trend and giving some hope that heat-trapping gases can be curbed without hurting living standards.

And, in a similarly unprecedented shift, officials in the US—the second-largest CO2 emitter—say that the US this year will produce more electricity from natural gas than coal; that change is contributing to a drop in US carbon emissions, and reflects the fast eclipse of the country’s coal industry, which is weighing on coal-producing states such as West Virginia.

According to the Paris-based International Energy Agency (IEA), carbon dioxide in the atmosphere remained flat for the second straight year in 2015 despite the growth of global GDP. CO2 emissions have historically corresponded with the GDP growth, since energy is a primary ingredient in economic activity. Indeed, economists have long twinned the growth of energy consumption and GDP as axiomatic partners.

But, in a Mar. 16 report, the IEA says that since 2013, global GDP growth and energy consumption have seemed to decouple—CO2 emissions remained essentially flat at just over 32 billion metric tons in 2014 and 2015. If the trend continues, it would signal that the world is achieving control over such emissions, which scientists say are a primary reason for climate change: 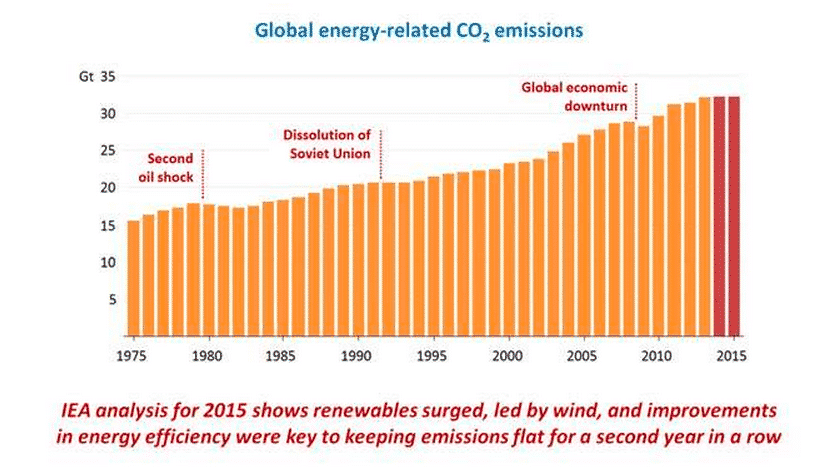 CO2 emissions have been flat year-to-year only four previous times in the last four decades, the IEA says, three of those occasions corresponding with global economic stagnation or declines. But this time, global GDP grew by 3.4% in 2014 and 3.1% in 2015.

A key reason is that emission dropped in the two largest emitting countries—China and the United States, the former by 1.5% and the US by 2%, the IEA said.
Consumption of coal—the most polluting fossil fuel—fell in both countries. In China, coal consumption declined for the second straight year in 2015. And in the US, coal—for the first time ever—will be only the second-biggest source of electricity in 2016, according to a March 16 report from the Energy Information Administration (EIA).

We must all realize that the majority of global warming advocates are funded through tax dollars (teachers, university professors, scientists in research facilities, etc), and when an institution has decided to align themselves with the global warming mantra, it is political suicide for any employee to question the “religion”.