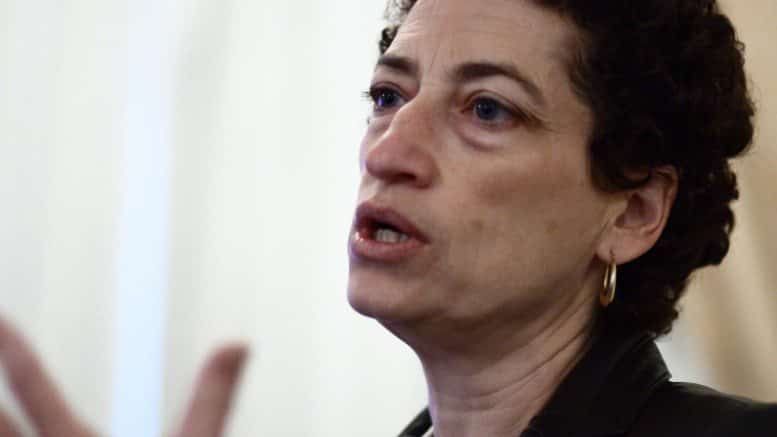 Large swaths of society disbelieve man-made climate change, but that doesn’t stop Naomi Oreskes from writing a chapter in her book titled “My Science Is Better Than Your Science.” Oreskes spins a web of conspiracy that is more fantastical and unbelievable what her fellow believers accuse climate skeptics of. ⁃ TN Editor

Harvard historian of science Naomi Oreskes is best known to climate realists by her 2010 book, Merchants of Doubt and its scurrilous demonization of climate skeptics as paid hacks parroting the fossil-fuel industry’s self-serving opposition to the “consensus view” of man-made climate catastrophe, but that screed doesn’t reveal the flaws in her work.

A short, obscure, error-riddled essay titled, “My Science is Better than Your Science,” that she wrote in 2011 is more significant. It was a chapter in a book titled, How Well Do Facts Travel? The Dissemination of Reliable Knowledge, and examined the 1991 origin of the “skeptics are paid industry shills” narrative supposedly found in a legendary set of “leaked Western Fuels memos.”

That short chapter is important because Oreskes totally misinterprets the “memos” as Big Coal’s plan for a vast national campaign with paid climate scientists that created the lasting public doubt about global warming. That’s the very same interpretation repeated endlessly by climate alarmists including Al Gore, Ross Gelbspan (1997’s The Heat Is On), Canadian public relations flak James Hoggan ’s attack website DeSmogBlog, and many others.

Appallingly, nobody in this parade of critics did any fact checking of the memos, not even historian Naomi Oreskes, which is a serious lapse for a historian. In fact, Oreskes and the others were using a garbled conglomeration of nearly a dozen different memos from different sources that were collected by Greenpeace and posted unsorted and in no rational order on one of its websites – because they never checked who they really came from.

Critics had no idea what they were looking at in the hundred-or-so pages of “Western Fuels memos.” They simply took the pieces that made skeptics look the worst and patched them together into an assumption-laden fairy-tale, historian Oreskes most unseemly of all.

Had Oreskes, the renowned Harvard Professor of the History of Science, bothered to interview any of the clearly identified sources of the “Western Fuels memos,” she would have discovered that less than one-third of the jumbled “memos” involved Western Fuels Association at all.

It’s ironic that the “Western Fuels memos” became known as “Orders from Big Coal” because Western Fuels Association is actually just the opposite of what the alarmist critics thought: It’s a small, not-for-profit, member-owned co-op serving 24 consumer-owned rural and small municipal electric cooperatives and other public power systems from Wyoming to Kansas. Oreskes never mentions that, probably because she never researched her sources well enough to know it.

The Western Fuels Association co-op members were small and besieged by national news stories that gave only the crisis side of the climate change issue and desperately needed a national campaign with professional support from reputable academics with long track records as outspoken skeptics. WFA created some of the “memos” while trying to assemble a coalition to operate that hoped-for nationwide opposition campaign. That campaign never happened; its ten-day trial run flopped miserably. It was closer to Comedy of Errors than Merchants of Doubt fronting for Big Coal.

Oreskes had no idea what Western Fuels actually did. What WFA really did with coal was to manage contract mining and transportation of coal from member-owned mines and buy additional coal in the open market – facts printed on the inside cover of WFA’s annual reports, available to all. Historian Oreskes either did not examine WFA’s annual reports, which would have shown her it was a not-for-profit electrical co-op, or she knew and did not tell her audience, leaving a false impression.

If WFA was the source of only about one-third of the “memos,” then who were the sources of the remainder? The “memos” were, in fact, the everyday work products of two electric power associations (Western Fuels Association being one) and three of their public relations companies.

The other power association was the giant Edison Electric Institute, the representative and lobbying center of all investor-owned electrical utilities in the United States. These power companies are highly regulated by public utility commissions that are very sensitive to public opinion and would not and did not participate in any climate-skeptic actions at all. In fact, EEI had its own Climate Task Force which publicly denounced Western Fuels Association’s attempt to form a skeptic coalition.

EEI coordinated the most misinterpreted single document of all the “memos,” which was originally contained in a bulky 100-plus page package sent to EEI from opinion survey firm Cambridge Reports of Massachusetts. The fateful page was in a routine public opinion poll and proposal for a related campaign of the type that EEI regularly commissioned, this year on public attitudes about global warming.