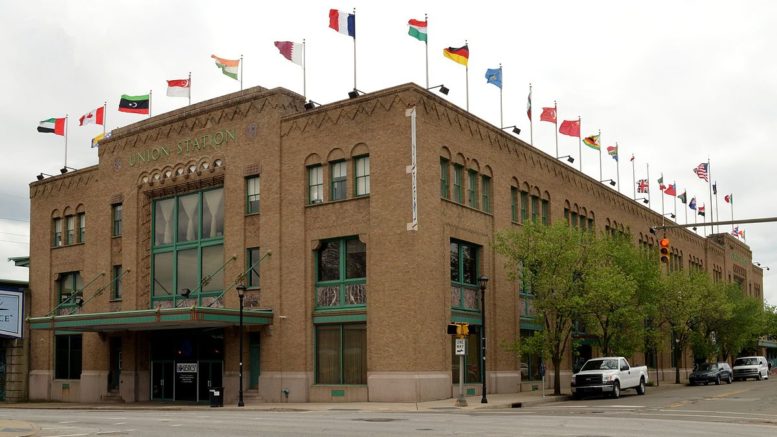 Additional security cameras, LED lighting and free public Wi-Fi were introduced to downtown Erie in 2018 as part of a pilot program for what’s known as smart city technology.

Mayor Joe Schember’s administration and other local officials want to bring the same technology to local neighborhoods targeted for reinvestment under the federal Opportunity Zone program.

Schember, in an interview last week, said his administration — working with the Erie Innovation District and others — is working to bring “secure smart city” equipment and technology over the next 12 months to the eight Opportunity Zones in the Erie region that have been designated by Gov. Tom Wolf’s office and certified by the U.S. Treasury Department.

According to Schember, that would include security cameras that could read license plates and have facial-recognition capabilities; energy-efficient LED street lights; and free Wi-Fi in public spaces throughout the Opportunity Zone tracts. The intent is to make those areas safer and more attractive for investment.

“It’s kind of an aggressive goal. … But let’s get these areas done and within the next three years, I’d like to see that technology throughout the entire city,” Schember said.

The city areas approved for the Opportunity Zone program are Erie’s bayfront; the former GAF Materials Corp. site on the city’s west bayfront; the area near Dobbins Landing that is planned for Scott Enterprises’ $150 million Harbor Place development; the Erie Innovation District along State Street; and the neighborhoods near UPMC Hamot and Erie Insurance.

The other tracts are the former International Paper site and the SB3 Industrial Park, both located on East Lake Road; Savocchio Business Park near East 16th Street and Downing Avenue, which would be renamed the Joyce A. Savocchio Opportunity Park as part of the city’s plan; and areas of the city adjacent to the GE Transportation facility in Lawrence Park.

However, city officials believe the city can save $400,000 to $500,000, each year, on electrical costs by widespread implementation of LED lighting, including in the Opportunity Zones, Schember said.

“We can then use that [savings] to help fund the other components of this,” Schember said.

The Opportunity Zone program was created as part of the Tax Cuts and Jobs Act that was signed into law by President Donald Trump in December 2017 as a way to jump-start economic investment in low-income, urban and rural communities.

That program aims to encourage private investment in low-income census tracts by providing tax incentives to investors — money from capital gains can be invested with major tax advantages. City officials estimate that the region’s Opportunity Zones could attract up to $600 million worth of investment.

Karl Sanchack, the Innovation District’s CEO, said moving smart city technology into the Opportunity Zones is a logical next step for Erie’s smart city efforts. Smart cities are urban areas that use different forms of electronic data collection, including sensors, to supply information that is then used to efficiently manage assets and resources.

The downtown smart city pilot project was announced in April 2018 and focused on downtown and Perry Square. New LED lighting, video surveillance cameras, and free Wi-Fi were installed in an area encompassing State Street, between Sixth and 12th streets.

Quantela Inc., a global data analytics company that has worked on similar projects worldwide, helped implement the project, which was paid for by $300,000 in Erie Innovation District funds.

“From an Innovation District standpoint, I take my cues from the city and the Mayor’s Office,” Sanchack said. “We are going to start by trying to deploy the things we did [downtown] in the Opportunity Zones in 2019, and into 2020.”

Sanchack said cameras will help “provide a general sense of flow for traffic,” and they will contribute to safety and security. They can also help identify “specific license plates of interest” for Erie police in high-crime areas, he said.