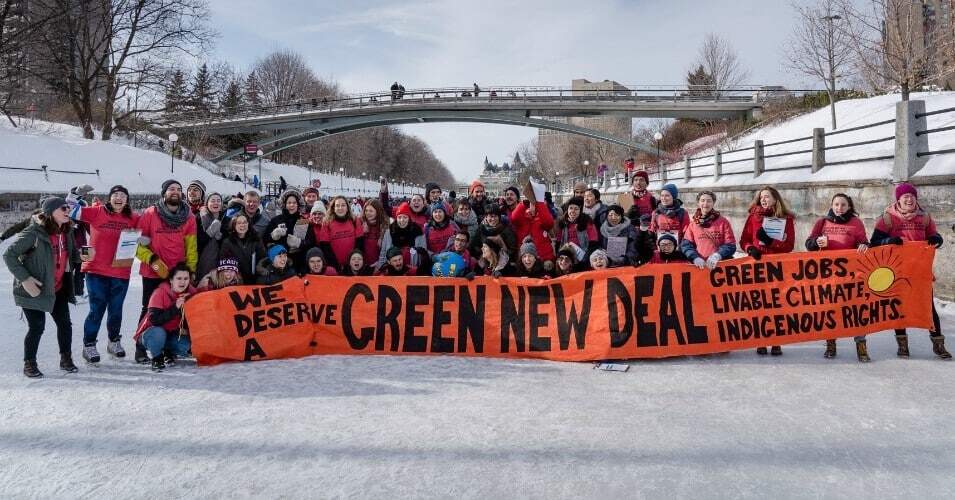 The United Nations is at the heart of the Green New Deal and is also controlling the global pandemic through the World Health Organization. It’s no surprise that Greens are trying to leverage their cause at the same time.

The UN has sworn to destroy Capitalism and Free Enterprise, and the coronavirus is doing exactly that. The UN’s plan has always been to replace the economic system with Sustainable Development, aka Technocracy. ⁃ TN Editor

A burgeoning chorus of climate campaigners and experts is urging political leaders to learn from how governments handle the coronavirus outbreak and, as the pandemic subsides, to seize the opportunity to both revive the world’s economy and battle the climate emergency by implementing a global Green New Deal.

As the number of global COVID-19 cases soared past 200,000 and the death toll topped 8,700 on Wednesday, governments scrambled to continue managing the public health and economic crises while many offices, restaurants, schools, stores, and transportation services around the world remained shut down.

Evan Weber, political director of the youth-led Sunrise Movement, responded to Trump’s move on Twitter by pointing out that the president could do the same to tackle the climate crisis, which scientists warn requires “rapid, far-reaching, and unprecedented” societal changes, including a swift transition to renewable energy.

Weber noted that ambitious action by the government and private sector on a scale often reserved for wartime is “part of the vision behind” the Green New Deal, which aims to dramatically curb climate-heating emissions. “The second part,” he said, “is doing it in a way that is just and equitable.”

Arn Menconi, an environmental activist and Democratic candidate for Colorado state Senate, tweeted Wednesday that “coronavirus has proved we can afford the Green New Deal and Medicare for All.”

As the virus has spread across the United States—shuttering schools and businesses, spurring economic uncertainty, and sickening and killing people—critics of the country’s for-profit healthcare system, including Democratic presidential candidate Sen. Bernie Sanders (I-Vt.), have doubled down on calls for a nationwide single-payer program.

Faced with a healthcare system system that limits access and an “outrageous” and “ineffective” response to the pandemic from the government and employers, author and historian Jeremy Brecher, who co-founded the Labor Network for Sustainability, wrote for Common Dreams Wednesday that workers and communities can lead the way with a “do-it-yourself Green New Deal” that puts people to work meeting the most urgent needs of this current moment.

“So far the GND has been aimed primarily at challenging climate destruction and inequality. But our most urgent need right now is to protect against COVID-19 and the devastating impacts it will have on our communities and our jobs,” Brecher explained.