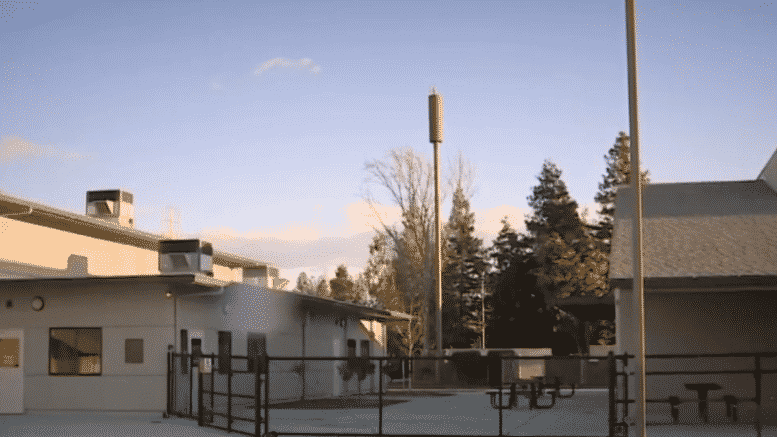 Please Share This Story!
PDF 📄
Because the cell carrier pays the school district $2,000 per month for site rental, the district will not budge on parents’ complaints that radiation is causing cancer at an alarming rate. One cancer specialist said that the type of cancer is caused strictly by environmental factors. ⁃ TN Editor

A fourth child has been diagnosed with cancer at a San Joaquin County elementary school, and parents believe it’s because of radiation caused by a cell phone tower.

The towers are spread throughout the community, but it’s this particular one that parents say needs to go.

“We had a doctor tell us that it’s 100 percent environmental, the kind of tumor that he has,” said Monica Ferrulli.

Her son Mason was the second child to be diagnosed with cancer in just three years at Weston Elementary. He was 10-years-old and walked by this cell phone tower daily.

“It’s one of the hardest things that I’ve been through,” said Joe Prime.

Prime’s son Kyle was the first, diagnosed with kidney cancer in 2016. And two more kids were diagnosed this year.

“It just seems like coincidence is no longer a reason for all this illness,” Prime said.