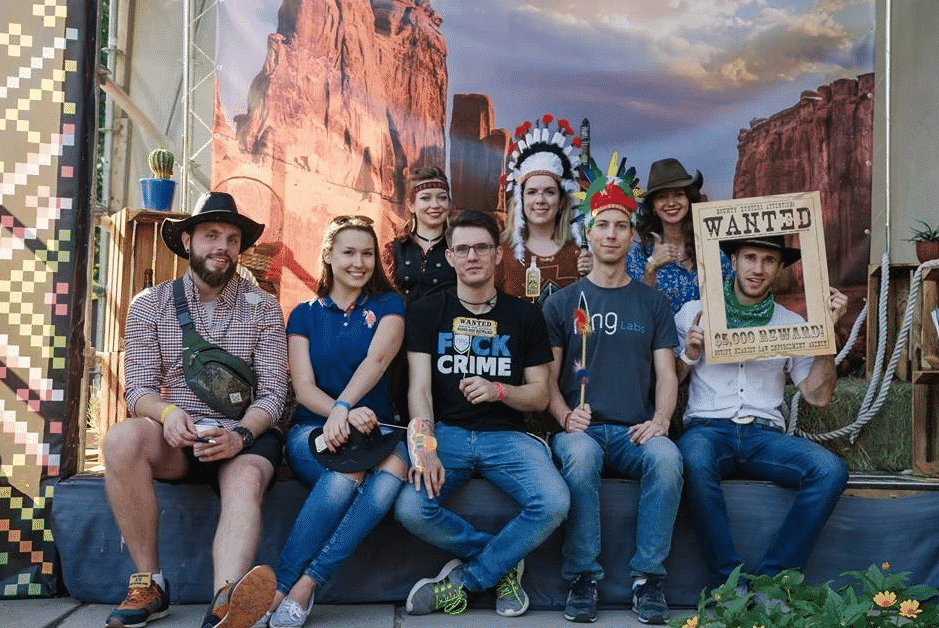 Jeff Bezos is the richest Technocrat in the world, and he is absolutely intent on creating the ultimate surveillance state by partnering civilians with police departments. Sales tactics include free booze, food and Ring cameras.

What drives Bezos to create a snitch culture? It is in perfect harmony with Technocracy, which requires total surveillance, constant monitoring and ubiquitous command-and-control. If left unchecked, Bezos would turn the whole world into an experience like an Amazon warehouse.  ⁃ TN Editor

Amazon’s surveillance company has seeped into hundreds of American communities by throwing parties for police and giving them free devices.

Here’s what you’ll find at a Ring party: Open bar. Free food. Live music. A “special recognition ceremony.” Free Ring doorbells. A live viewing of Shark Tank, the show that launched what would become Ring and to which company founder Jamie Siminoff eventually returned as a shark. And, most importantly, an appearance from retired basketball player Shaquille O’Neal.

You could find all this at a private party that Ring hosted for police at the 2018 International Association of Chiefs of Police conference in Orlando. Ring threw a similar party on IACP weekend this year, this time in Chicago, including appearances by both Shaq and Siminoff, according to an event invitation obtained by Motherboard using a freedom of information request. The invitation notes that firearms are strictly prohibited.

Ring—a company that has hosted at least one company party where employees wore “FUCK CRIME” shirts and racist costumes of Native and indigenous Americans, according to new images reviewed by Motherboard—wants to brand itself a friend of police, the antidote to fear of crime, and a proponent of law and order.

Events like these seem to have a positive effect. Emails after the 2018 Ring party show, for example, that senior police leadership were enticed by the idea of free stuff.

“The Deputy and the Chief signed up to go to the party with Shaq,” a Haverhill, MA police officer told a Ring representative in an email. “But I guess the lines were really long and so the Deputy got an email for a free Ring Doorbell, only the Chief did not get his, was wondering if you know of why only one did and not the other?”

“Regarding the free doorbell, to get the email you had to have RSVPd for the event,” the Ring representative said. “What does the chief want. I’ll send it.”

Ring’s efforts to woo police aren’t limited to lavish parties. The company offers police officers $50 off Ring products if their department partners with Ring; those from departments that don’t partner with Ring can get discounts, too.

If Ring can sell an inviting brand image, police are more likely to trust the company. That trust is a crucial foundation for its partnerships with police, which have quietly proliferated since 2016, usually without public input.

Ring has over 600 partnerships with law enforcement agencies around the country, and this number is increasing daily. The company has spent the past three years systematically making sure police everywhere know and recognize Ring, quietly building a nationwide surveillance network through police partnerships, and embedding itself into the functions of law enforcement. This network of police partnerships isn’t only unusual because of its size and scope. Behind the scenes, Ring is experimenting with emerging technologies, as well as pursuing a partnership with at least one other private surveillance company.

The number of Ring partnerships with police grows almost daily, and, to date, there has been limited public debate about whether these partnerships should exist in the first place. Unless lawmakers curb or regulate the expansion of these partnerships, what we are seeing now is just a minuscule version of this company’s full potential.

The Surveillance State Gets an Update

Motherboard has examined tens of thousands of pages of documents obtained via public-records requests from more than 90 cities that have partnered with Ring. They describe the typical relationship as a simple transaction: police get a portal where they can request footage from Ring’s network of private surveillance cameras, and the company gets the promotional muscle of the police.

In order to entice police departments into partnering with the company, Ring often tells the police the number of Ring camera owners and Neighbors app users in their jurisdiction. Sometimes, the company provides “active camera” maps showing where camera owners live.

Ring also offers police access to the Law Enforcement Neighborhood Portal, an interactive map that allows police to request camera footage directly from camera owners. (Until July, their approximate location was shown.) These owners can choose to share some, all, or none of their footage with police; police do not need a warrant in order to request camera footage from residents. The portal also includes a case management tool, in which videos associated with an investigation are sorted into groups based on case number.

If someone refuses to provide footage to police, all police need to do is reach out to Ring. According to a memo obtained from the police department of Pomona, CA, when camera owners are “uncooperative or unavailable,” officers are instructed to contact Ring and request that the captured video be preserved.

In exchange for all of this, police have to promote Ring. Some partnerships, like those in Lakeland, FL and Anne Arundel County, MD, explicitly require police to “encourage adoption” of Ring cameras and Ring’s free app, Neighbors. (Ring has told police that the more people download Neighbors, the more the Law Enforcement Neighborhoods Portal “grows in value.”)

These cities receive up to 40 “seed cameras,” free Ring devices they can raffle off or give away to city residents. When police share a download link to Neighbors, they can receive even more free cameras. (Ring representatives have encouraged police to post on social media often in order to “drive downloads to your unique link,” and receive free Ring cameras as a “reward.”)