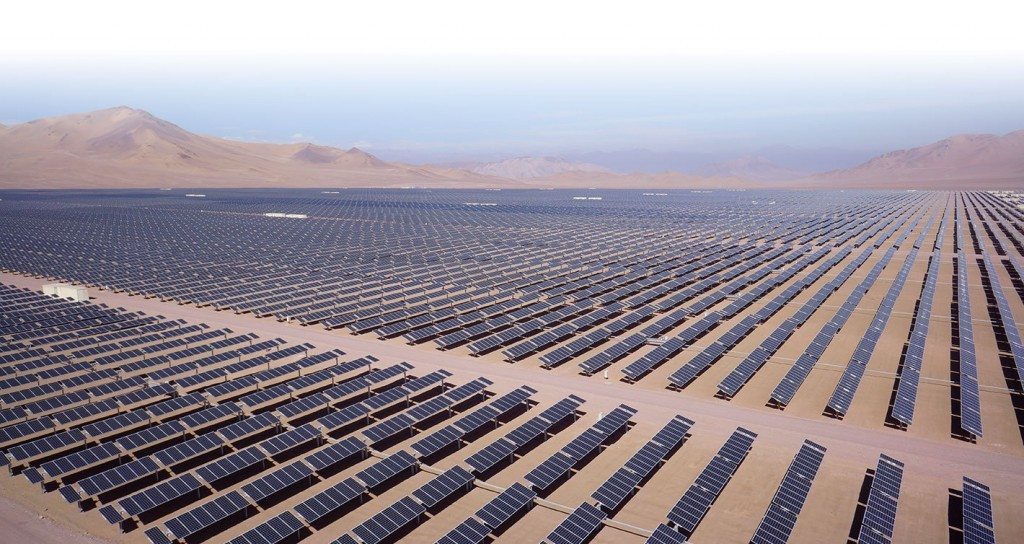 The first problem is that Technocracy is a crackpot vision of Utopia that has never been tried, much less tested, in the real world. There is no concrete evidence that it would ever work, even under ideal conditions. And yet, Technocrats everywhere, including the United Nations, assure us that this is the hottest thing since the invention of electricity.

The destruction of carbon-based energy sources is already under way, creating the first wave of energy deficits, which leads to the second problem. Simultaneously, the first wave of solar development was also underway with glorious promises, scads of eager investors and scientists in white coats leading the parade of fools. The nilly-willy stampede rivaled the tulip mania of 1637 in Holland.

After all, everybody loves a sure thing.

Much to their chagrin, the industry has reversed field and is in full retreat. The largest solar company in the world, SunEdison, is on the ropes and headed toward bankruptcy. It may take the rest of the industry with it.

Since last July, SunEdison’s stock has lost ninety-eight percent of its value, despite a recent rally off its low. Excuses and accusations abound.

Will the global warming and Sustainable Development ‘believers’ give up their pipe-dreams? Hardly. If anything, it will harden their resolve to do it better the next time.

The irony of this whole debacle is that those who swear that they are ‘saving’ the world are actually destroying it. Now would be a good time to slap some sense into these Utopian dreamers.

The headlines below reveal additional details.

SunEdison‘s (SUNE) inferno continued Wednesday, a day after rumors flared that it might be in debtor-in-possession talks with creditors — often seen as a precursor to a Chapter 11 bankruptcy filing.

In the stock market today, SunEdison stock plunged 15% to 1.27 and near its all-time low of 1.21 touched on Feb. 26. Shares have crashed 96% since July 20, when SunEd announced a bid to acquire installer Vivint Solar (VSLR).

On Tuesday, SunEdison executives declined to comment on “market rumors and speculation.”SunEd is reportedly negotiating with holders of $725 million in second-lien loans, according to a report by Debtwire, cited by Reuters.

In November, solar energy giant SunEdison reported that its project pipeline had grown by 75% in just a year, the result of an aggressive growth strategy.

Now, five months later, many of those projects are imperiled as SunEdison reportedly prepares to declare bankruptcy.

SunEdison’s rapid growth in planned capacity—from 4.5 gigawatts to 7.9 GW in 12 months, according to a company press release—was propelled by an acquisition spree and aggressive underbidding of rivals on projects. Put in perspective, a typical nuclear power plant has a capacity of 1 GW.

Among the deals now in question is a solar plant under construction for the central Texas community of Georgetown. SunEdison initially told officials there it would self-finance the project, but now wants to make alternative funding arrangements.

At SunEdison’s request, the city last month authorized financing through Morgan Stanley MS -1.68% , but the financial services firm has yet to agree to the arrangement.

In February, Hawaiian Electric Company HE 1.74% cited project delays in canceling a contract with SunEdison to purchase power from three solar facilities the company was building on the island of Oahu.

SunEdison, the biggest solar-energy manufacturing firm in the entire world, is nearing bankruptcy.

Its decline has been swift and brutal, taking some of the most legendary names in finance with it.

The stock that was once a hedge fund darling has turned into Wall Street’s nightmare.

A company that was once worth more than $10 billion is now valued at $150 million, with close to $8 billion in long-term debt.

This is because the company’s business structure, which was once considered quite complex, was in a matter of months found to be quite simple — it simply could not generate enough cash.

The simple truth started to reveal itself to Wall Street in July, when SunEdison’s stock started its 98% descent. The tip was a deal. The company wanted to pay a 52% premium for a residential-solar firm called Vivint.

Not only was that too expensive for investors to stomach, but they felt residential assets were not part of SunEdison’s more lucrative commercial vision.

Now the company is facing challenges on all sides.

The SEC is investigating whether the company may have lied to investors about its cash position during some of its darkest times last fall.Billionaire investor David Tepper of hedge fund Appaloosa Management, an investor in one of SunEdison’s subsidiaries, is agitating for change at the company. And now the company is preparing to file for bankruptcy.

But we’ll get to that in a moment. First lets talk about the deal that brought it all down.