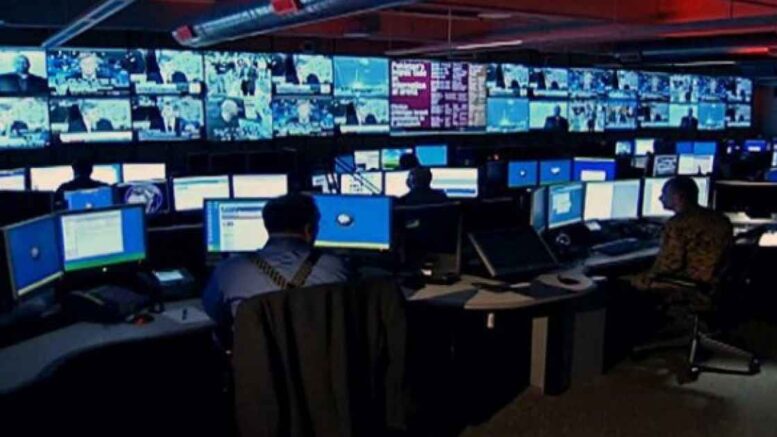 Please Share This Story!
PDF 📄
Fusion is a data processing concept that means normalizing and combining otherwise incompatible data streams into a single stream. DHS Fusion centers, for instance, harvested and transformed state and local data to be compatible with their national database. The same concept works locally. ⁃ TN Editor
I didn’t think too much about it when news broke about a police department creating another cam-share program.
After all, I have written a half dozen stories about police cam-share programs over the years, including one about DHS’s exclusive “Platinum” cam-share program in New Orleans.
“The New Orleans Police & Justice Foundation’s SafeCam NOLA program, which allows residents to register their cameras with NOPD, recently launched its “platinum” program that connects cameras to the Real-Time Crime Center. The program debuted in October, and its public launch is among 2019 budget priorities with the city’s Office of Homeland Security and Emergency Preparedness, along with the other surveillance camera expansions.”

But a couple of things from a recent NBC News story about a cam-share program in Jackson, Mississippi caught my attention.

“Strapped for cash and facing a sharp rise in homicides, city leaders here are expanding police surveillance powers to allow residents and business owners to send live feeds from many types of security cameras — including popular doorbell cameras — directly to the city’s real-time command center.”

Livestreaming video surveillance to a police department is not inherently suspicious until you see who’s behind it.

The Jackson Police Departments’ real-time command center or fusion center would not be possible without Fusus.

“The new use of this livestreaming technology by police, which is undergoing a final legal review in Jackson, is drawing interest from other small cities that don’t have the resources to build their own surveillance systems.”

“The move made Jackson, which has struggled to keep up with advances in high-tech crime-fighting, one of two dozen places in the country where police agencies inked deals this year with Fusus, a small Georgia company that aims to make it easier for American law enforcement agencies to build networks of public and private security cameras.”

And that it where things become interesting or disturbing, depending on your views about privacy.

According to Pileum’s website there are at least 5 police departments including the Jackson Police Department using Pileum’s body cameras.

As NBC News mentioned, “Fusus, goes a step further than other surveillance systems by allowing police real-time access to home security systems, but does not offer or integrate with facial recognition technology.”

Police have the ability to track a person or person’s by the clothing they are wearing, by the way they walk (gait tracking) and they can ID and track any vehicle. All without a warrant. And no one is the wiser.

“What we’ll be able to do is get a location, draw a circle around it and pull up every camera within a certain radius,” Mayor Chokwe Lumumba said.

The reasons why this should concern everyone are too numerous to mention here, but EFF does a good job of explaining it.

“Even if you refuse to allow your footage to be used that way, your neighbor’s camera pointed at your house may still be transmitting directly to the police. The choices you and your neighbors make as consumers should not be hijacked by police to roll out surveillance technologies.”

What most of the news stories missed is the connection being made by numerous smart devices that, when rolled into one package, present a terrifying picture of public police surveillance.

As more and more police departments purchase body cameras, the greater fear can be illustrated by Pileum and companies like Axon who allow police officers in the field to tie their footage to real-time crime centers.

Take this a step further and the picture becomes even bleaker.

Allowing companies like Fusus, Pileum, Axon, Ring Doorbell, Flock Safety etc., to profit from destroying everyone’s privacy needs to be stopped before it spirals out of control.

Welcome in your personal world prison – financed by your tax dollars. These are great times…

We can slow, but not stop this.
You can prevent much tracking by simply not carrying a smart phone.