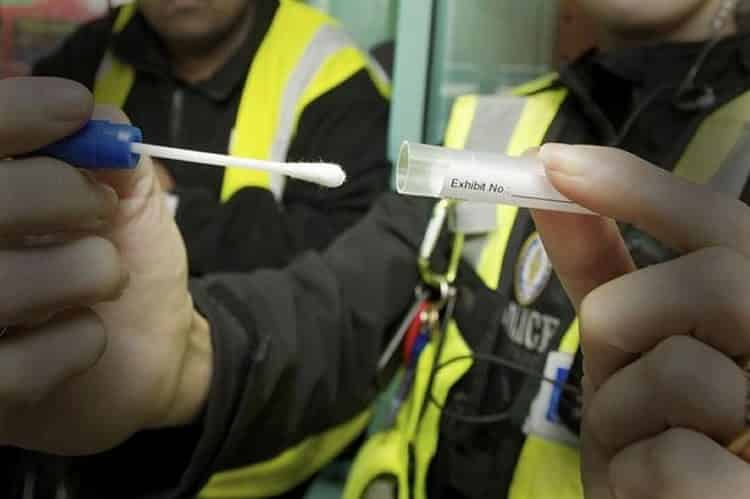 Police are ‘sworn in’ to office by taking an oath to ‘uphold and defend the Constitution’ but in practice, it is doubtful that very few have ever even read it. Forces across the nation are now routinely taking illegal DNA samples and storing the results in searchable databases, which invariably find their way into a national database owned by the Federal Government. ⁃ TN Editor

The five teenage boys were sitting in a parked car in a gated community in Melbourne, Florida, when a police officer pulled up behind them.

Officer Justin Valutsky closed one of the rear doors, which had been ajar, and told them to stay in the car. He peered into the drivers’ side window of the white Hyundai SUV and asked what the teens were doing there. It was a Saturday night in March 2015 and they told Valutsky they were visiting a friend for a sleepover.

Valutsky told them there had been a string of car break-ins recently in the area. Then, after questioning them some more, he made an unexpected demand: He asked which one of them wanted to give him a DNA sample.

After a long pause, Adam, a slight 15-year-old with curly hair and braces, said, “Okay, I guess I’ll do it.” Valutsky showed Adam how to rub a long cotton swab around the inside of his cheek, then gave him a consent form to sign and took his thumbprint. He sealed Adam’s swab in an envelope. Then he let the boys go.

Telling the story later, Adam would say of the officer’s request, “I thought it meant we had to.”

Over the last decade, collecting DNA from people who are not charged with — or even suspected of — any particular crime has become an increasingly routine practice for police in smaller cities not only in Florida, but in Connecticut, Pennsylvania and North Carolina as well.

While the largest cities typically operate public labs and feed DNA samples into the FBI’s national database, cities like Melbourne have assembled databases of their own, often in partnership with private labs that offer such fast, cheap testing that police can afford to amass DNA even to investigate minor crimes, from burglary to vandalism.

And to compile samples for comparison, some jurisdictions also have quietly begun asking people to turn over DNA voluntarily during traffic stops, or even during what amount to chance encounters with police. In Melbourne, riding a bike at night without two functioning lights can lead to DNA swab — even if the rider is a minor.

“In Florida law, basically, if we can ask consent, and if they give it, we can obtain it,” said Cmdr. Heath Sanders, the head of investigations at the Melbourne Police Department. “We’re not going to be walking down the street and asking a five-year-old to stick out his tongue. That’s just not reasonable. But’s let’s say a kid’s 15, 16 years old, we can ask for consent without the parents.”

n Bensalem Township, Pennsylvania, those stopped for DUI or on the street for acting suspiciously may be asked for DNA. Director of Public Safety Frederick Harran credits the burgeoning DNA database Bensalem now shares with Bucks County’s 38 other police departments with cutting burglaries in the township by 42 percent in the first four years of the program. Plus, Bensalem pays for the testing — which is conducted by a leading private lab, Bode Cellmark Forensics — with drug forfeiture money, making it essentially free, Harran added.