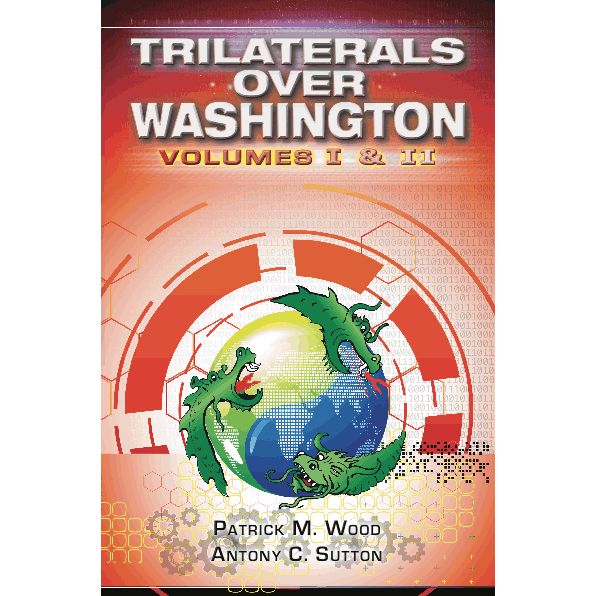 Trilaterals Over Washington
Volumes I & II

This is the original documented story of the organization and members of the Trilateral Commission, founded in 1973 by David Rockefeller and Zbigniew Brzezinski, with the specific purpose of creating a “New International Economic Order”. With a small but powerful international membership, hand-picked by an executive committee, Commissioners asserted undue influence over America, Japan and Europe.

In 1976, Trilateral members James Earl Carter and Walter Mondale were elected to head the Executive Branch in the U.S., thus starting a 40 year hegemony over the greatest economic nation on earth. American influence and position was used to reform international trade, promote globalization and interdependence among nations. European Trilateral members were then instrumental in using the United Nations to create a doctrine of Sustainable Development and Green Economy: See Technocracy Rising: The Trojan Horse of Global Transformation (Wood, 2015) for details.

Originally written in 1979-1980, Trilaterals Over Washington quickly became a best-seller and over the course of about two years, sold over 75,000 copies internationally. The books were very well received for excellent scholarship and original research, and even became a frequently-used textbook in political science classes at many colleges in U.S. universities.

The co-author, Antony C. Sutton, passed in 2002 after authoring 24 books during a distinguished academic career that included UCLA and the Hoover Institution at Stanford University.