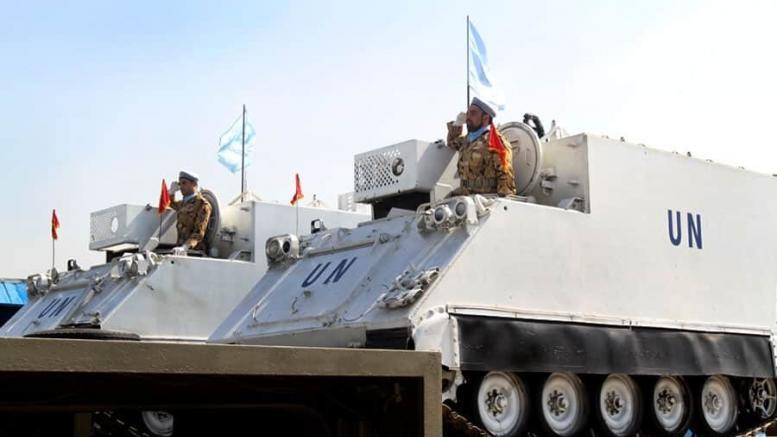 Please Share This Story!
PDF 📄
Speaking of the 2011 Greece crisis, this professor says, “There were decisions that were made for them and then they just had to have a more or less technocratic government and get it through.” Now, the United Nations is in the same predicament with nations not adopting its bogus climate change agenda. This gives expression to Al Gore’s statement ‘deniers deserve to be punished. ⁃ TN Editor

Action to address climate change has been left so late that any political response will likely become an international security issue — and could threaten democracy.

That’s the view of Ole Wæver, a prominent international relations professor at the University of Copenhagen, who also says climate inaction could lead to armed conflict.

“At some point this whole climate debate is going to tip over,” he tells RN’s Late Night Live.

“The current way we talk about climate is one side and the other side. One side is those who want to do something, and the other is the deniers who say we shouldn’t do anything.”

He believes that quite soon, another battle will replace it. Then, politicians that do ‘something’ will be challenged by critics demanding that policies actually add up to realistic solutions.

When decision-makers — after delaying for so long — suddenly try to find a shortcut to realistic action, climate change is likely to “be securitised”.

“The United Nations Security Council could, in principle, tomorrow decide that climate change is a threat to international peace and security,” he says.

A risk of armed conflict?

Professor Wæver says despite “overwhelmingly good arguments” as to why action should be taken on climate change, not enough has been done.

And he says that could eventually lead to a greater risk of armed conflict, particularly in unstable political climates.

“Imagine these kinds of fires that we are seeing happening [in Australia] in a part of Africa or South-East Asia where you have groups that are already in a tense relationship, with different ethnic groups, different religious orientations,” he says.

“And then you get events like this and suddenly they are not out of each other’s way, they’ll be crossing paths, and then you get military conflicts by the push.”

He isn’t the first expert to warn of the security risks of climate change.

“It exacerbates the drivers of conflict by deepening existing fragilities within societies, straining weak institutions, reshaping power balances and undermining post-conflict recovery and peacebuilding,” he wrote.

And current Defence chief Angus Campbell has warned that increased incidences of climate change-related natural disasters could stretch the capability of the ADF.

“The longer we wait, the more abrupt the change has to be,” he says.

“So a transformation of our economy and our energy systems that might have been less painful if we had started 20 years ago, 30 years ago.

“If we have to do that in a very short time, it becomes extremely painful.”

“That’s what happens when something becomes a security issue, it gets the urgency, the intensity, the priority, which is helpful sometimes, but it also lets the dark forces loose in the sense that it can justify problematic means,” he says.

This urgency, he says, could lead to more abrupt action at an international level.

“If there was something that was decided internationally by some more centralised procedure and every country was told ‘this is your emission target, it’s not negotiable, we can actually take military measures if you don’t fulfil it’, then you would basically have to get that down the throat of your population, whether they like it or not,” he says.

“A bit like what we saw in southern Europe with countries like Greece and the debt crisis and so on.

“There were decisions that were made for them and then they just had to have a more or less technocratic government and get it through.”

Well this guy just let the cat out of the bag for the entire population to see what’s coming whether they are alarmists or skeptics. Both camps will feel the pain if the Globalists get their way through whichever institutions they use to accomplish agenda.

The polarization of this debate (like many others) is merely a narrative pushed by those seeking a particular end. It is a useful way to shut down debate and deny skeptics standing in this debate but does not get us closer to the truth. The reality is much more nuanced than “One side is those who want to do something, and the other is the deniers who say we shouldn’t do anything.” Leaving aside the resort to a pejorative term (“deniers”), there are many in the middle with a variety of opinions and beliefs. For instance, in my case, I… Read more »

Actually the world is passing away, winding down sorta speak and there is nothing anyone can do about it. These evil people claim climate change for a money making scheme because they have stolen it all already. The lying signs and wonders of chem trails and weather manipulation they are causing is suppose to prove their point, just like the over population claim, and the claim that animal eaters are not healthy, but people are waking up to this, though they don’t know what to do about it. They cannot maintain their wealth and grow wealthier any other way. Their… Read more »

People can do something. They can acquaint themselves of what is going on. Awareness change the psychological attitude.
Thats why all western media are censured. Because awareness about the earth isnt flat as the Pope stated in 500 years, reveal the Pope as a charlatan.

Sounds very much like Maurice Strong when he was alive and swinging about!

Well, that’s a freaking scary power grab under the guise of an ‘emergency’. Since when did these elites and billionaire corporate entities care about the planet or the people? Big Pharma, Big Tech, Gates waiting in the wings with his synthetic meats and highly processed foods drooling at the thought of owning the world’s food supply. Power. Control. This isn’t a climate emergency. I used to buy this sh it. Not anymore . These ‘elites’ and their complicit politicians and bureaucrats have always looked for ways to seize more power. History is full of the examples of seeking cheap food… Read more »