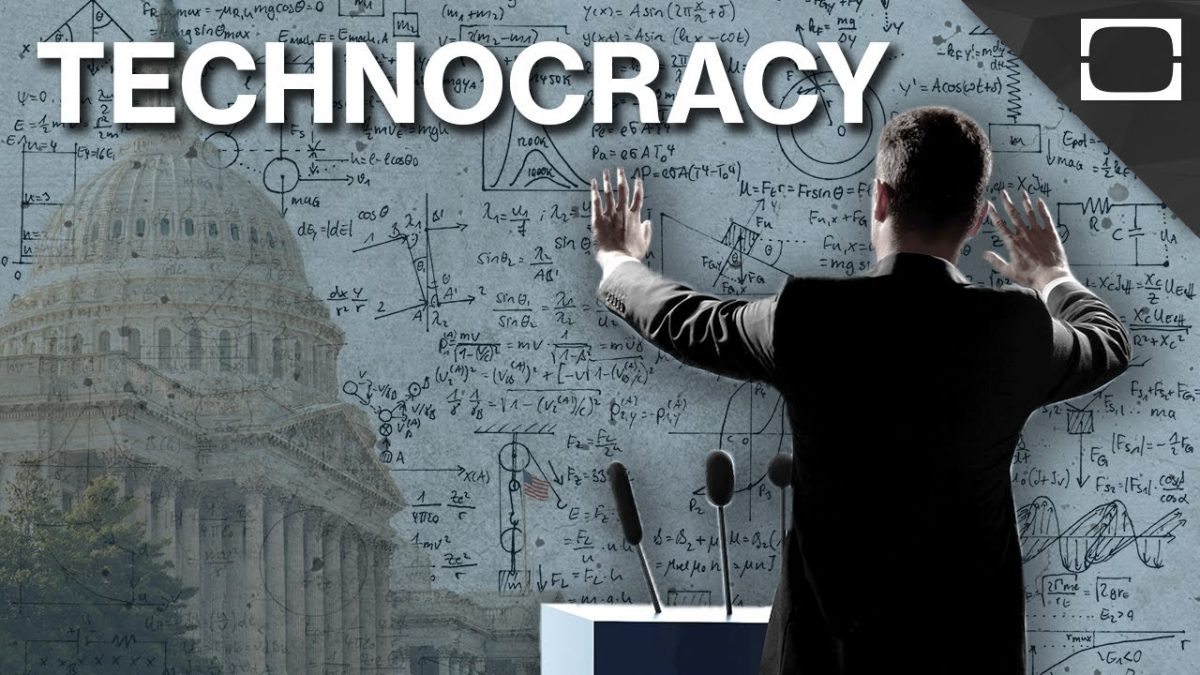 If you have never heard of Technocracy before, or are fuzzy as to what it means, then this page is where you can get started.

This website is owned, operated and curated by Patrick Wood, author of Technocracy Rising: The Trojan Horse of Global Transformation, Technocracy: The Hard Road to World Order and co-author of Trilaterals Over Washington with the late Antony C. Sutton.

This website is not about bashing technology. It is about Technocracy. We love technology when it serves us. We resist all those who would use technology to control us against our will. Technocracy is the clear and present danger to humanity but it cannot be resisted until it is understood. Please read this entire page to kick-start your journey. – Patrick Wood, Editor, Author

Technocracy Was a Big Movement in the 1930s

Technocracy was originally designed as a replacement economic system for Capitalism and Free Enterprise, masterminded by prominent engineers and scientists at Columbia University in 1932. It was to be a resource-based economic system that used energy credits as its accounting system, rather than currency as we know it today.

The Technocracy ideology turned into a movement when Technocracy, Inc. was founded in 1934 by Howard Scott and M. King Hubbert. Together, they wrote the Technocracy Study Course that became their go-to bible for all the meetings they held throughout the U.S. and Canada. At the peak, this membership organization had over 500,000 dues-paying members.

Technocracy Went Into Decline in the 1940s

Public appeal for Technocracy began to fizzle by the end of the 1930s, especially after the Hearst newspaper empire banned all of its writers from covering Technocracy. A parallel organization had a brief life in Nazi Germany before WWII, but it was squashed by Hitler when it was seen as competition. Individual Technocrats in America and Europe, however, continued to hold fast to the Utopian dream of Technocracy.

In 1970, Zbigniew Brzezinski was a young political science professor at Columbia University, the same place where Technocracy was born in 1932. He authored a book, Between Two Ages: America’s Role In The Technetronic Era, that caught the eye of the global banker, David Rockefeller. Together, they subsequently co-founded the Trilateral Commission in order to create a “New International Economic Order.”

Technocracy is Fed to the United Nations in the 1980s

In 1987. Trilateral Commission member Gro Harlem Brundtland ended a United Nations-sponsored task force with the publication of Our Common Future. This book popularized the term Sustainable Development for world consumption. In 1992, when the UN convened the first Earth Summit in Rio De Janeiro, Agenda 21 was born as the “Agenda for the 21st century.” Brundtland’s book received praise and accolades from the UN for providing the framework for Agenda 21 and its related documents.

Today, Agenda 21 is still in force, but has been significantly expanded through the 2030 Agenda and its 17 Sustainable Development Goals (SDGs). More recently, the New Urban Agenda was adopted at the UN’s Habitat III conference.

Synonyms for Sustainable Development include Green Economy and Natural Capitalism. Collectively, they describe a new economic paradigm that is highly correlated with the original specification for Technocracy, namely, that it is is a resource-based economic system that uses energy as accounting. Cities are to be converted into ‘Smart Cities’ as the world is transformed into a borderless Utopia, and rural dwellers are to be forced into these cities. All areas of UN publications stress the doctrine of ‘No one left behind.”

The Purpose is to Replace Free Enterprise and Capitalism

This is not an idle speculation. In 2015, the Executive Secretary of the UN Framework Convention on Climate Change, Christiana Figueres, clearly stated,

“This is the first time in the history of mankind that we are setting ourselves the task of intentionally, within a defined period of time to change the economic development model that has been reigning for at least 150 years, since the industrial revolution.”

Thus, the saga of the Trilateral Commission’s New International Economic Order (NIEO) has come full circle, and yet it continues on a global basis at breakneck speed.

Tyranny of Science or Scientific Dictatorship

This new resource-based economic system demands that 100 percent of the means of production and consumption be placed into the hands of Technocrats who will make all decisions for manufacturers and consumers. The Technocrats said the same thing in 1938:

“Technocracy is the science of social engineering, the scientific operation of the entire social mechanism to produce and distribute goods and services to the entire population…” – The Technocrat Magazine, 1938

The intended global Technocracy will be thus operated by Technocrats (not politicians or representatives of the people) according to their narrow view of science, and it will simultaneously remove the need for elected officials.

In short, a Technocracy is operated as a Scientific Dictatorship.

In January 2017, leading globalist scholar Dr. Parag Khanna published a book, Technocracy in America: Rise of the Info-State, that emphatically declares America’s need for a ‘direct Technocracy’. Among other things, he calls for the abandonment of the Senate and for the Supreme Court to directly modify the Constitution as it sees fit.

Khanna believes in a borderless world where global Smart Cities and mega-regions will be connected to create a global society, or a giant city-state.

Next, Listen to Some Videos

I have conducted many interviews on radio and video over the past two years, and here are several of the better ones. The last one, “Five Reasons Why You Should Read Technocracy Rising”, will give you a concise, 12 minute synopsis of some of what you are reading here.

This documentary is certainly going to become the best of the decade!
Featuring Patrick Wood, Joe Plummer, Richard Grove

Even if you have listened to every video above and read all kinds of articles on Technocracy.News, it is no substitute for reading my book, Technocracy Rising: The Trojan Horse of Global Transformation and Trilaterals Over Washington. You can buy a copy of both below, or go to Amazon.com, where there are also  Kindle versions. 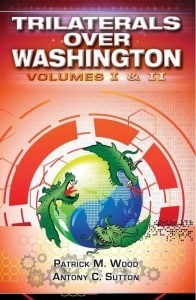 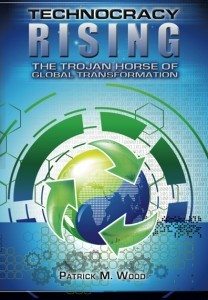 A Few Related Articles that I have penned

The ‘Pseudo-Ethics’ Of Social Justice In Economics, Politics And Religion

How The Trilateral Commission Converted China Into A Technocracy

Rebuilding Babel: Toward The Endgame Of Technocracy

How you can help

Get active locally to challenge Technocrat thinking where you live. Believe me, it is already there!

Send these articles to others and share them on social media.

Please donate to our advertising fund so we can spread our message to all Americans!

Select your donation level, or enter a “Custom amount”. Click “Make This Donation Monthly” for an automatic, recurring donation…

For instructions on direct bank transfers or sending checks-by-mail, please address your correspondence to:


Special Note: Contributions are not tax-deductible. You can contact us directly by sending an email to “pwood (at) coherent.pub”. Technocracy.News is a publication of Coherent Publishing, LLC.