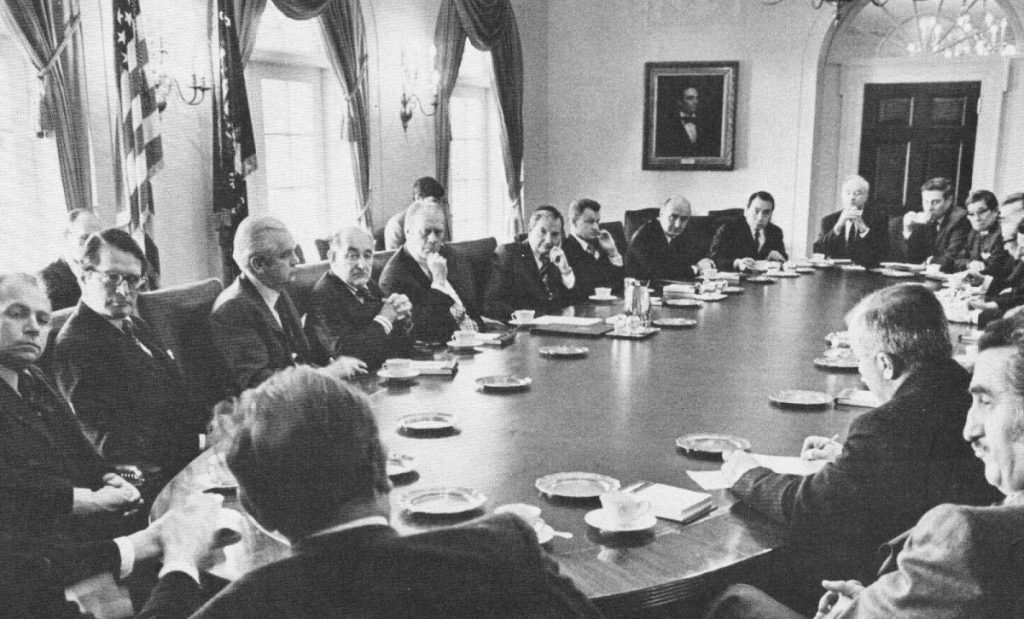 Rappoport: When the Rockefeller Trilateral Commission Exposed Its Own Secret

Veteran journalist Jon Rappoport correctly nails the Trilateral Commission and its involvement in establishing the New International Economic Order (NIEO). I have documented this extensively in Trilaterals Over Washington, Vol. I and II  (Wood & Sutton, 1978-1981) and Technocracy Rising: The Trojan Horse of Global Transformation. The intended NIEO was and is Technocracy, which we now see taking the world by storm. ⁃ TN Editor

Now and then, I republish an explosive interview with two Rockefeller Trilateral Commission members, highlighting how much political power can be controlled in a few hands.

People often misunderstand how the game works. In the area of US foreign policy, for example, they focus on the long-standing rats’ nest called the State Department.

Well, they should. But that bureaucracy implements policy. It doesn’t really formulate the basics. The basics come from higher on the food chain.

The Globalist movement—within which the Trilateral Commission is a leading force—dictates a “one-world” theme. Separate nations and their power should be melted down and folded into one planet-wide management system.

This system would ultimately determine worldwide production quotas for goods and services, and their distribution. Energy, in particular, is a prime target. How much will be created? Who will benefit? Who will suffer?

The US federal government and other governments around the world are currently trying to bring us closer to that “utopian day.”

Who sits in the shadows pulling their strings?

Here is another question that has the same answer: who is in charge of undermining free markets and thus taking down economies?

Any doubt on the question of TC goals is answered by David Rockefeller himself, the founder of the TC, in his Memoirs (2003): “Some even believe we are part of a secret cabal working against the best interests of the United States, characterizing my family and me as ‘internationalists’ and of conspiring with others around the world to build a more integrated global political and economic structure—one world, if you will. If that is the charge, I stand guilty, and I am proud of it.”

The conversation revealed that the entire basis of the US Constitution had been torpedoed, that the people who were running US national policy (which includes trade treaties) were agents of an elite shadow group. No question about it.

The 1978 conversation featured reporter, Jeremiah Novak, and two Trilateral Commission members, Karl Kaiser and Richard Cooper. The interview took up the issue of who exactly, during President Carter’s administration, was formulating US economic and political policy.

NOVAK: But this [Trilateral] committee is essential to your whole policy. How can you keep it a secret or fail to try to get popular support [for its decisions on how Trilateral member nations will conduct their economic and political policies]?

US economic and political policy—run by a committee of the Trilateral Commission.

When Jimmy Carter won the presidential election in 1976, his aide, Hamilton Jordan, said that if after the inauguration, Cy Vance and Brzezinski came on board as secretary of state and national security adviser, “We’ve lost. And I’ll quit.” Lost—because both men were powerful members of the Trilateral Commission and their appointment to key positions would signal a surrender of White House control to the Commission.

How does a shadowy group like the TC accomplish its goal? One basic strategy is: destabilize nations; ruin their economies; send millions and millions of manufacturing jobs off to places where virtual slave labor does the work; adding insult to injury, export the cheap products of those slave-factories back to the nations who lost the jobs and undercut their domestic competitors, forcing them to close their doors and fire still more employees.

And then solve that economic chaos by bringing order.

What kind of order?

Eventually, one planet, with national borders erased, under one management system, with a planned global economy, “to restore stability,” “for the good of all, for lasting harmony.”

“I pledge allegiance to the Trilateral Commission, and to the domination for which it stands, one planet, indivisible, with tyranny and poverty and top-down order for all…”