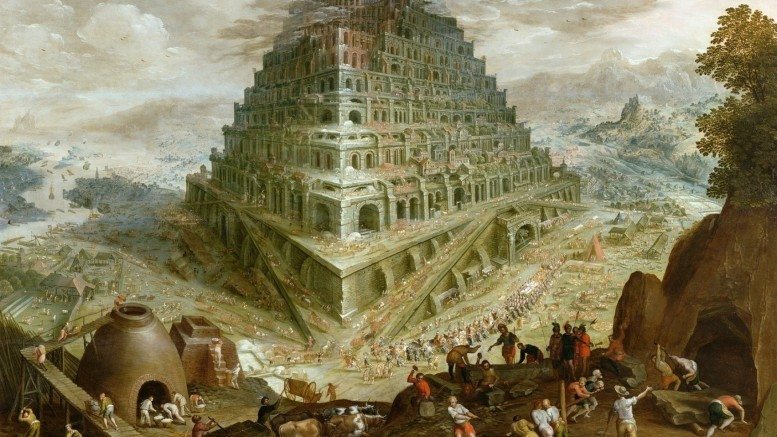 Please Share This Story!
PDF 📄
TN Note: This article was written by Patrick Wood on February 24, 2015, and is as relevant today as it was then.

When I was a young financial analyst in 1978, I met Antony Sutton at a gold conference in New Orleans. It took us about 30 minutes of discussion to realize that the Trilateral Commission was in process of hijacking the entire Administration of newly elected president, James Earl Carter.

Founded by David Rockefeller and Zbigniew Brzezinski, the Commission openly and repeatedly stated that it wanted to create a “New International Economic Order.”

Neither Sutton nor I picked up on the thought that the big hijack was not really a political coup, but rather an economic on 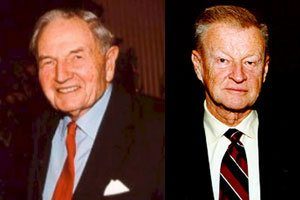 e. It’s just that they needed the help of the Executive Branch of our government to pull it off.

As a result, they have maintained a hammerlock hold on the entire trade and economic policy machine that has driven the world into a seemingly broken international system of finance and economic development. Broken is an understatement: Perhaps “spiraling out of control” is a better description.

But, there is another side to the story that is much darker, presenting a clear and present danger to our Republic. That is, Technocracy.

It is plainly evident today, with 40 years of historical examination behind it, that the “New International Economic Order” was really “new” and envisioned historic Technocracy as replacing Capitalism altogether. Technocracy was based on energy rather than money and its system of supply and demand that regulates pricing.

Some distinctives of Technocracy include:

• Elimination of private property and wealth accumulation
• Replacing traditional education with workforce training
• Micromanaging all energy distribution and consumption
• Driving people to live in a limited number of cities and off of rural land
• Enforcing a balance between nature’s resources and man’s consumption of them.

Are you thinking that this list is vaguely familiar? You should because it represents the modern manifestation of programs like Agenda 21, Sustainable Development, Smart Growth, Smart Grid, Cap And Trade, Climate Change, Common Core, massive surveillance operations and a whole lot more. All of this has been brought to us by the machinations of the Trilateral Commission and its members since 1973, and it is all part of its master plan to completely replace capitalism with Technocracy. This is their “New International Economic Order”!

What does Smart Grid have to do with Common Core? They are both elements of Technocracy. What does Sustainable Development have in common with Smart Growth? Technocracy. Climate change and total surveillance? You guessed it.

It is all part of the same economic coup started in 1973 and if left unchallenged, it is going to deliver us straight into a Scientific Dictatorship from which we will not be able to recover.

If I am even remotely correct in my analysis, then we had better figure out who the real enemy of the American Republic is.

Ignorance is not the enemy; Ignorance merely hides the enemy and his agenda, but it can be quickly remedied with sufficient illumination and knowledge.

Politicians are not the enemy, whether liberal or conservative. Technocrats hate politicians because they are incapable of running a technological society, but they use politicians whenever it can advance their agenda.

The government itself is not the enemy, but technocrats control certain parts of the machinery of government in order to implement their Technocracy agenda.

In fact, the enemy is Technocracy. Technocrats are human, embedded, entrenched, single-minded, amoral, highly trained, hardened, with unlimited funding. They are master strategists, master propagandists, fully networked and maintain a constant cover-up of their actions. They have worked their way into the fabric of our society from the highest levels of the Executive Branch down to the lowest levels of local government.

The hard-core technocrats in government have virtually neutered every elected body in our nation, from Congress down to state legislatures. Even when Congress passes legislation that gives direct marching orders to Obama and his Administration, they are simply ignored. When Obama wants his own action without going through Congress, he simply creates Executive Orders, Memorandums or Signing Statements.

To be fair to Obama, he is not a technocrat, but only a puppet thereof. All of the Technocracy puppet-masters are lurking and executing behind the scenes. 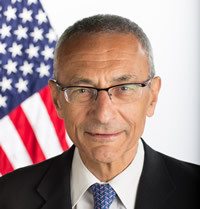 Take Trilateral Commission member John Podesta for instance. Podesta is Senior Policy Advisor to Obama for Climate Change. In the 1990s under Clinton, Podesta invented and perfected the policy of ruling by Executive Orders, and now he is coaching Obama. Just before he took this position last year, Podesta had just finished up working with a high-level climate-change planning group at the United Nations that called for global reforms and renewed initiatives.

Even the New York Times acknowledges, “the architect of Mr. Obama’s climate change plan is none other than his senior counselor, John D. Podesta.” The same NYT article also quoted Speaker of the House John Boehner as saying, “This announcement is yet another sign that the president intends to double-down on his job-crushing policies no matter how devastating the impact for America’s heartland and the country as a whole.”

All complaining and whining aside, Congress remains completely impotent to stop or even slow either Podesta or his prodégé Obama. This is how Technocracy works: In the name of (false) science, they tell you what to do and you do it.

Please be clear on this – people like John Podesta are not socialists, Marxists, communists or fascists. They are Technocrats who are bent on imposing Technocracy that will ultimately destroy capitalism and install themselves as the unelected and unaccountable leaders of the New International Economic Order.

For those who think this is all too inconceivable, consider what Christiana Figueres stated on February 3, 2015: 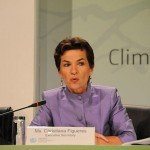 “This is the first time in the history of mankind that we are setting ourselves the task of intentionally, within a defined period of time to change the economic development model that has been reigning for at least 150 years, since the industrial revolution…That will not happen overnight and it will not happen at a single conference on climate change. It is a process, because of the depth of the transformation.” [Emphasis added]

Figueres is the Executive Secretary of the U.N. Framework Convention on Climate Change, and is the undisputed global driver for implementing climate-change policies and Sustainable Development.

Perhaps you can understand why I sub-titled my newest book, Technocracy Rising, as “The Trojan Horse of Global Transformation.” That’s what it is. People all over the world are rushing to climb aboard this “green” horse but the product being delivered is pure destruction. They are being played like fiddles in a symphony orchestra. They are collectively being deceived into thinking that Utopia is straight ahead – but instead of Utopia, they are going to get dictatorship.

Indeed, it’s time for a national discussion on Technocracy. The technocrats who are bent on transforming America must be identified, challenged and stopped.Maybe that’s what you want. Not me. However, understand that we will not uproot Technocracy as long as we think we are fighting communists, socialists, Marxists and Fascists. That’s the wrong enemy, and while you might knock them all into oblivion, the technocrats will quietly move toward their goal of transforming the world into a Technocracy.

Patrick, thank you for your new radio. It is wonderful! There is another Professor of Geography who is very clued up on very interesting things such as the horrible Maurice Strong (who died today, in China. I guess he is now meeting himself and it cannot be a pleasant time) Eric Karlstrom lives at Crestone, Colorado where Maurice Strong and his wife Hanna have been busy trying to bring about a “One World Religion.” That is apart from their constant propaganda about the climate. It might be interesting for people to hear you interview Doctor Karlstrom. Something very sinister is… Read more »

The concept of Technocracy is not at all easy to grasp. In fact it is a quite difficult concept. That is why your new web page is so valuable, with its constant examples of technocracy in action, identifying technocrats, and explaining their goals and ambitions.

We are used to easy derogatory labels like “terrorist”, “fascist”, “Marxist”, “Bolshevik”, “Anarchist” and so on but “Technocrat” sounds even laudatory and praiseworthy and respectable.

With your daily blog it all begins to make some sense.

GREED ultimately gets everyone, Technocrats included, and leads to murder and revolution. One may think they can control the World but who really want’s that? No matter what anyone does, sooner or later they will have to meet their maker. For some, the hour is getting very close.

The tower of Babel B.C.2340’s builders displeased the LORD of heaven because they amassed themselves together as ‘one’ to ascend heaven and to make a name for themselves. Advance to A.D. 26, and the devil, aka the god of this world, took the Lord Jesus up to a high mountain and up to the pinnacle (meaning HIGH LEVEL/SUMMIT) of the temple in Jerusalem in order to tempt the Lord Jesus into worshipping him. Proceed to A.D. 2015. At the United Nations Summit held at the UN Headquarters in New York 25-27 September 2015 the document “Transforming our World: the 2030… Read more »

Thanks for some good insight, Allison.