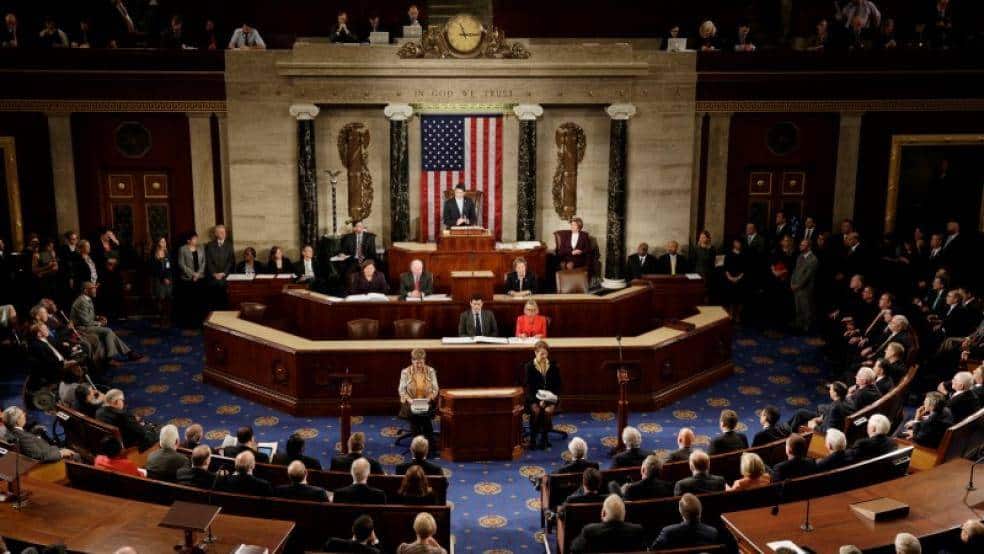 Trump’s campaign pledge to fight global warming is becoming increasingly moot as his elected constituents turn in the opposite direction. Climate warmists may or may not not realize that they are promoting Technocracy, Sustainable Development and Green Economy that will eventually destroy America. ⁃ TN Editor

Seventeen conservative Republican members of Congress—10 of them in their first or second terms—are bucking long-time party positions and the new occupant of the White House. They announced on Wednesday that they’re supporting a clear statement about the risks associated with climate change, as well as principles for how best to fight it.

Called the “Republican Climate Resolution” by supporters, the statement by House members takes about 450 words to mention conservative thought on environmentalism, support for climate science, feared impacts, and a call for economically viable policy. They pledge in general terms to support study and mitigation measures, “using our tradition of American ingenuity, innovation, and exceptionalism.”

It’s essentially the same thing that was introduced in September 2015 by then-Representative Chris Gibson of New York. What’s changed since then is that almost 200 nations agreed to work to bring climate change under control, America elected a Republican president—Donald Trump, who seems determined not to—and the challenge itself grows continuously worse.

With 17 co-sponsors, the resolution is oceans away from the number of votes it needs to pass the Republican-controlled House of Representatives. Fortunately, its likelihood of passage is not what makes it interesting.

These bills are interesting in the way that solar energy is, even though solar makes up 1 percent of U.S. power generation. Like solar power, Republican climate bills are noteworthy not because one is likely to pass anytime soon, but because massive external forces—markets, other governments, and climate change itself—may eventually force it into the foreground.

The resolution is spearheaded by three Republican members of Congress: Elise Stefanik of New York, Carlos Curbelo of Florida, and Ryan Costello of Pennsylvania.

The bill’s co-sponsors hail from parts of the country on the front lines of climate change; three represent southern Florida. Others comes from northern Nevada and central Utah, where mountain snowpack has declined in recent decades. And the district of Representative Mark Sanford, in eastern South Carolina, is seeing the rising sea level rise slowly eat away at its coastline.

“Our founding fathers set up a political system that was to be reason-based,” Sanford said on Tuesday. “They didn’t believe in ‘alternative facts.’”