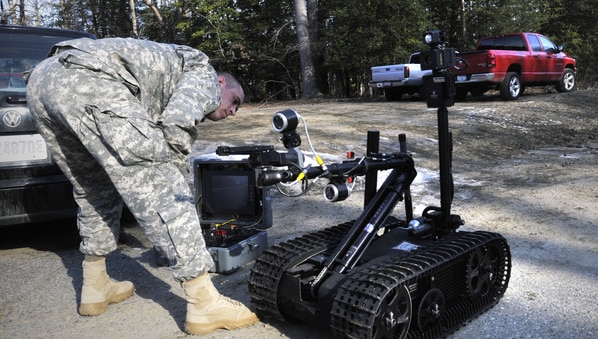 TN has repeatedly warned that an all-out global arms race for killer robots was underway and that the outcome will be deadly. Technocrats build because they can, indeed they are compelled to do so, but not for any good reason, unless killing millions is a good reason in itself. ⁃ TN Editor

CHINESE and Russian Artificial Intelligence (AI) are set leave US systems in their dust as the emerging superpowers bid to become the world’s most powerful nation.

Kari Bingen, Secretary of Defense for Intelligence (SDI), warned the two powers were making huge advances in their tech and were advancing on the US.

The findings came form an earth shattering report that claimed the US has rapidly fallen behind its rivals and must now decide if it wants to “lead the coming revolution, or fall victim to it”.

Moscow hardman Vladimir Putin believes the country will develop the best AI and become “the ruler of the world”.

Russian military eggheads are now building drones, robots and cruise missiles that could make deadly decisions without the need for humans.

The advancement has panicked US billionaire Eric Schmidt who said China was also gaining on the US and could overtake Washington in five years.

“It feels, as an American, that we are fighting this conflict with one hand behind our back” – Eric Schmidt