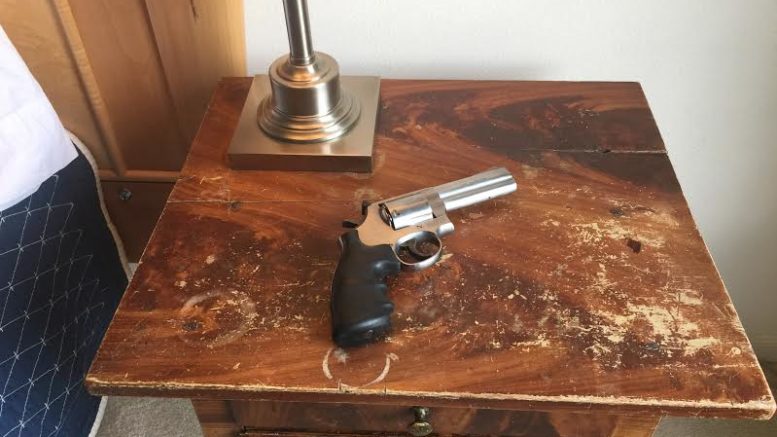 Please Share This Story!
PDF 📄
San Diego leaders override the U.S. Constitution and the Second Amendment by passing an ordinance requiring that all guns in every home be securely locked up and stowed. Other cities having similar laws include Seattle and New York. ⁃ TN Editor

The San Diego City Council Monday tentatively approved an ordinance that would require gun owners to store guns in a locked container or disable them with a trigger lock when not in use or being worn on their person.

City Attorney Mara Elliott proposed the ordinance last month with the intention of reducing accidental shootings, children’s access to guns and suicides. According to Elliott, 46% of gun owners in the U.S. who have children do not secure their guns and 73% of youngsters aged 9 and under know where their parents keep their guns.

Since 2002, the state has mandated that all guns sold in California have an accompanying trigger lock approved by the state Department of Justice’s Bureau of Firearms. Elliott said the ordinance is a “common-sense approach” to building on current state requirements.

Wendy Wheatcroft, founder of San Diegans for Gun Violence Prevention, framed the ordinance as a way to keep military veterans, first responders and law enforcement officers from committing suicide in addition to keeping guns away from children. As of June 19, 97 police officers and 46 firefighters have killed themselves in the U.S. since the beginning of this year, according to Wheatcroft.

“We need to attack this from all angles, not just locking up firearms but also making sure they have adequate mental health support,” Wheatcroft said. “But we also need to be reducing the means and the access to a firearm because in a moment of crisis, even having that gun locked up can be the difference between life and death.”

The proposal’s opponents said it infringes on their Second Amendment rights, particularly for gun owners who do not have children living with them. Under current state law, gun owners are required to keep firearms in a secure container or disabled with a device like a trigger lock only if they live with a person who cannot legally have a weapon under state or federal law.

Opponents also argued the proposal is unenforceable and that locking a gun in a safe would make it difficult to access and use in a moment of self- defense. Wendy Hauffen, executive administrator for the San Diego County Gun Owners political action committee, suggested breaking the law should be an infraction rather than a felony or misdemeanor.

“This will allow the storage conversation to be had, which is stated as one of the purposes for passing this regulation, while not filling jails full of violators,” Hauffen said. “Criminalizing normal activity has the potential to ruin a lot of innocent lives and this is especially a concern in a city like San Diego, where we have so many residents such as active-duty military, who come from so many other states where this kind of law doesn’t and would never exist.”

It’s a good thing to have a gun containment system if you keep weapons in your home. Children do get hold of things you’d never expect the moment your back is turned. Weapons need to be kept safely stored away. It’s just common sense.

However, the rest of this talk is WAY off base and flies in the face of the 2nd Amendment. Apparently, the reason the USA has a 2nd Amendment completely baffles at least half the population. They know no history of Europe, I suppose. It’s not about you; it’s about tyranny.

Actually, your response is just as hysterical as this new legislation. Children who are NOT TAUGHT gun safety, not taught gun handling and proper use and time to handle firearms is what causes kids to shoot themselves or others accidentally. Children that come from homes who have involved fathers and mothers who shoot, handle firearms, etc. do not have children that cause accidental discharges. Want less gun related accidents? SIMPLE SOLUTION: teach children from early ages (like they did up until the 80’s onward) all about guns. (how to handle, how to store, how to load, how to clean, how… Read more »

It’s interesting to read what some people consider “hysterical”. No different than the opposing side of the argument who go crazy over nothing and state PC ideas like they are tattooed with a barcode of identity across their foreheads. Really just adversarial BS. Understand–If a child is very young they remain in a concrete mindset–typically under the age of 10-yrs. They cannot think abstractly. Therefore, “Children that come from homes who have involved fathers and mothers…” are safer because the parents are not ignorant of this one fact. Such parents safely store weapons until their child can think in the… Read more »