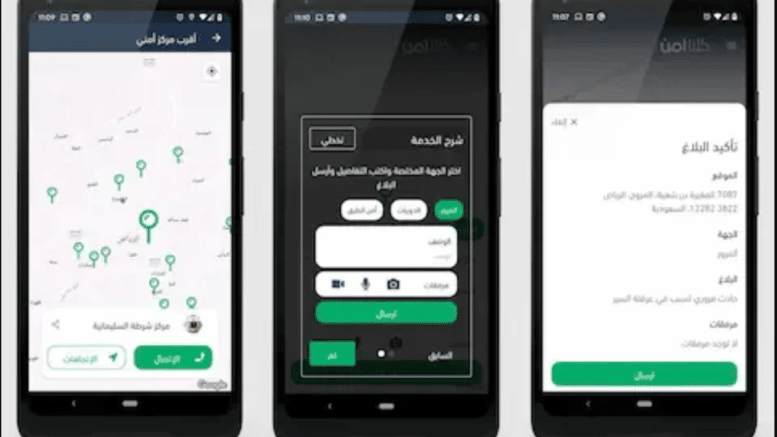 Please Share This Story!
PDF 📄
If you are ratted out by a friend or neighbor for criticizing the Saudi government, you could spend the rest of your life in prison. This is the standard for repression of free speech and unfortunately, it is being adopted by the radical left in America. Technocrats leave no room for dissent. ⁃ TN Editor

For “Real,” a Saudi Arabian women’s-rights activist, anonymity is all that keeps her safe. Under that alias, she uses Twitter to advocate for victims of domestic violence in the kingdom, sending their stories trending in the country and overseas. Her work is fraught with risk.

“Every day we wake up to hear news, somebody has been arrested, or somebody has been taken,” Real told Insider, using a voice modulator to disguise her voice. “Today I’m here with you, sharing my story. Tomorrow I might be caught.”

Real, like other activists, is on edge after the price of speaking out online in Saudi Arabia was made clear this August. The academic Nourah bint Saeed al-Qahtani was accused of “using the internet to tear Saudi Arabia’s social fabric” and sentenced to 45 years in prison. On August 16, Salma el-Shabab, a Ph.D. student, was sentenced to 34 years in jail for a handful of tweets in support of activists and members of the kingdom’s political opposition in exile.

El-Shabab was reported to the authorities via Kollona Amn, a mobile app available to download from the Apple App store and the Google Play store, which empowers ordinary citizens to snitch on their compatriots.

The Saudi regime has often encouraged citizens to inform on one another, but Kollona Amn, launched by the Saudi interior ministry in 2017, has made it possible to report comments critical of the regime or behavior deemed offensive by the conservative theocracy with a few clicks. Legal-rights activists say that over the past few years, they’ve witnessed a dramatic rise in court cases that reference the app, as the country’s current leader, Crown Prince Mohammed bin Sultan — widely known by his acronym MBS — expands the use of technology to surveil, intimidate, and control its citizens at home and abroad.

Noura Aljizawi, a researcher at the Citizen Lab, an institution that investigates digital threats to free expression, told Insider that Kollona Amn encourages everyday citizens to play the role of police and become active participants in their own repression. Putting the state’s eyes everywhere also creates a pervasive sense of uncertainty — there is always a potential informant in the room or following your social-media accounts. “It’s very concerning. When people start losing trust, they oppress each other,” she said.

Saudi activists that Insider spoke to said they felt that some people use Kollona Amn defensively. If they overhear something that could be perceived as dissent, they inform on colleagues or contacts to distance themselves from dangerous views, in case someone else also informs. In other cases, the app has been used to settle personal scores or for blackmail.

Apple and Google both have policies restricting apps that carry a risk of physical harm, harassment, and discrimination. Neither company responded to a request for comment. This year, Google will open two new offices in Saudi Arabia and is working on a controversial data partnership with the state oil company, Saudi Aramco. Despite the company’s assurances, activists said that they don’t trust Google to safeguard their data, and they assume that government apps — of which there are dozens on the Play Store — contain backdoors or other ways to collect data.

“Most people I know in Saudi have two phones,” Wajeeh Lion, a prominent LGBTQ activist from Saudi Arabia, who now lives in exile in the US, told Insider. “One that has the government apps and another that has all of the other apps.” Real, the women’s-rights activist, uses three phones.

Every comment, like, and website you visit is put into a database that builds a threat assesment and personal character profile on you. I think people should know this, now you do, so be aware of your online activty.