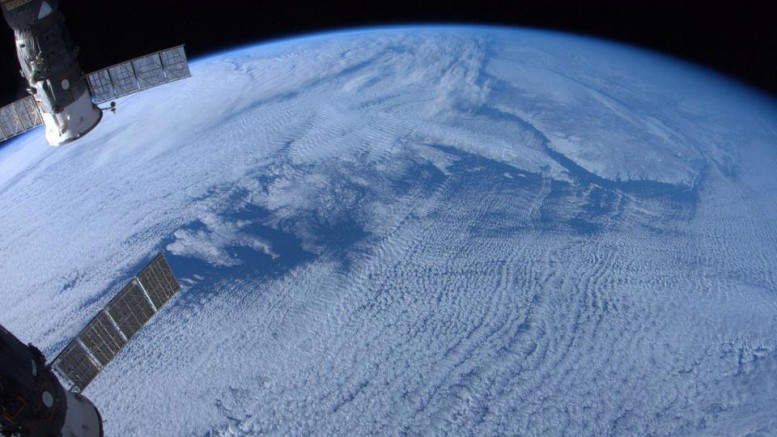 Please Share This Story!
PDF 📄
Technocrat Scientists are finally exposing their crackpot schemes to cool planet earth, even though limited experiments have been conducted for decades. Technocrats believe that there is no problem that cannot be solved by science, including false problems like global warming. They say they are going to ‘save’ the earth, but their policies produce the polar opposite results. ⁃ TN Editor

It sounds like the stuff of science fiction: the creation, using balloons or jets, of a manmade atmospheric sunshade to shield the most vulnerable countries in the global south against the worst effects of global warming.

But amid mounting interest in “solar geoengineering” – not least among western universities – a group of scientists from developing countries has issued a forceful call to have a greater say in the direction of research into climate change, arguing that their countries are the ones with most at stake.

Scientists have long known that manmade events like pollution in the atmosphere, smoke from forest fires and volcanic eruptions can create a cooling effect.

That has led scientists at Harvard University to propose their own experiment, which they call “stratospheric controlled perturbation effect”, or SCoPEx for short. It involves using a balloon to test the controversial proposition that aerosols released at a height of 20km in the Earth’s atmosphere can alter the reflective properties of cloud cover.

Now a dozen scholars, from countries including Bangladesh, Brazil, China, Ethiopia, India, Jamaica and Thailand, have joined the debate, arguing in the journal Nature that poor countries should take a lead in the field since they have most to gain or lose from the technology.

The cooling effect has long been known in phenomena such as “ship tracks” – narrow artificial clouds of pollution, created by emissions from ships, that contain more and smaller water droplets than typical clouds, making them brighter and more reflective of sunlight.

“Solar geoengineering – injecting aerosol particles into the stratosphere to reflect away a little inbound sunlight – is being discussed as a way to cool the planet, fast,” the scientists write in Nature.

“Solar geoengineering is outlandish and unsettling. It invokes technologies that are redolent of science fiction – jets lacing the stratosphere with sunlight-blocking particles, and fleets of ships spraying seawater into low-lying clouds to make them whiter and brighter to reflect sunlight.

“Yet, if such approaches could be realised technically and politically, they could slow, stop or even reverse the rise in global temperatures within one or two years.

“The technique is controversial, and rightly so,” they add. “It is too early to know what its effects would be: it could be very helpful or very harmful. Developing countries have most to gain or lose. In our view, they must maintain their climate leadership and play a central part in research and discussions around solar geoengineering.”

AAAH come on! This program has been instituted for the past 20 years. Now, in 2018, it’s undeniable to see the Geoengineering program in full use. Weather whiplash, streaks in the sky daily now. This article talks as if “Solar Radiation Management” is something of the future, unbelievable! it’s going on now an has been. Slow introduction of the program through articles like these shapes the masses to slowly accept being poisoned in order to save the earth, by the way that never needed rescued on a climate level. SRM has caused the effects we are seeing in 2018.

Spot on. I pray these perpetrators all are brought to trial and the world Populace has justice over these Globalist Murderers.
Green = more tax dollars in Politicians Pockets
Emissions = We pay for the Geoengineering Emissions Of Death
PC = Political Propaganda Silencing, Shara Law pushing, Hitler would be proud.