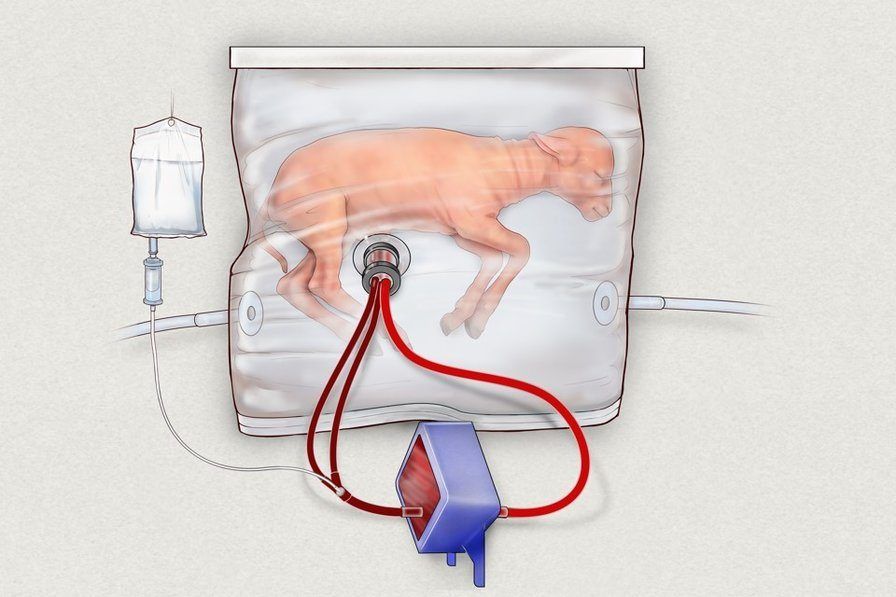 In Aldous Huxley’s classic, Brave New World, genetically engineered babies were grown from zygotes to term ‘birth’ in artificial wombs. His predictions are closer than his original 500 year time-frame. Technocrats do because they can. ⁃ TN Editor

Scientists were successful in creating an artificial womb that grew premature lamb fetuses for four weeks. They hope to develop a similar system for human babies in the next three to five years.

Being born prematurely is the most common cause of death among babies, while even survivors are often plagued by various lifelong disabilities due to underdeveloped organs. About 10% of babies born every year in the U.S. are premature. Scientists hope their unique system of “BioBags,” fluid-filled plastic bags that serve as artificial uteruses, can make a major difference in the survival and health of these babies.

Compared to incubators, the advantage of the new system is that the bags are sealed, protecting fetuses from infections. The BioBags are filled with water and salts to approximate the amniotic fluid inside a uterus. The fetuses grow in a near-sterile, computer-controlled environment.

To replace placenta, which provides fetuses with oxygen and necessary nutrients, the scientists used special oxygenator devices connected to the umbilical cords of the lamb fetuses in the study. A novel technique allowed the heartbeats of the fetuses to pull in the oxygen they needed.

The study’s leader Alan Flake of the Children’s Hospital of Philadelphia in Pennsylvania said:

“We’ve developed a system that, as closely as possible, reproduces the environment of the womb and replace the function of the placenta.”

Check out this video published by the Children’s Hospital of Philadelphia to learn more about the study:

The experiment involved lambs that were 4 to 6 weeks away from completing their normal gestational period of 21 weeks, which is equivalent to 23 or 24 week pregnancy milestone in humans. The physiological similarity of lamb fetuses to human was the reason the lambs were chosen for the experiment.  The lamb fetuses were removed via C-section, placed in the bags and observed for four weeks. All of the lambs developed healthily and normally.

While others were euthanized and studied further, some of the lambs were removed from the bag and bottle-weaned. The oldest of those is now one.