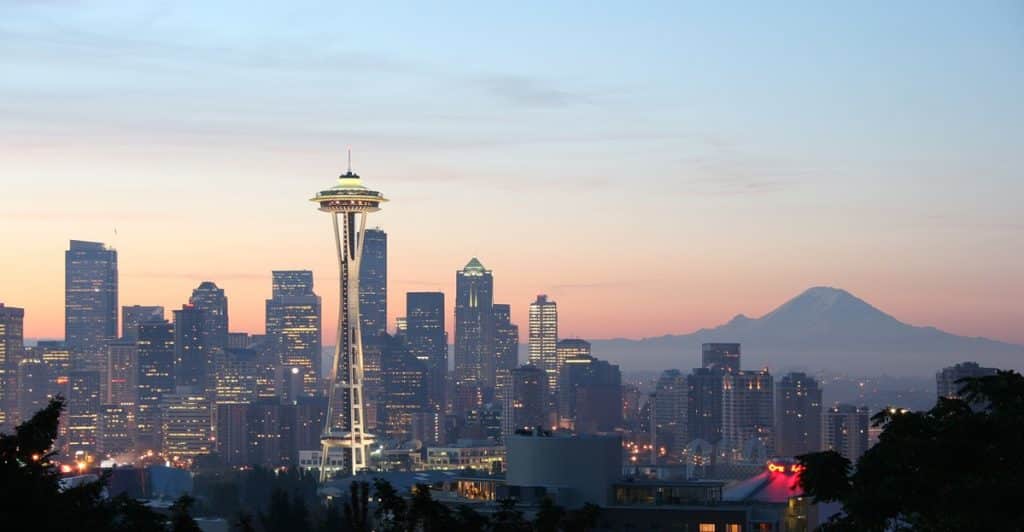 The Two Faces Of Seattle: ‘We’re The Greenest’ vs. ‘No, We’re Still Brown’

Seattle has long-claimed the mantle of leadership for any leftist, eco-friendly, Agenda 21 supporting policies that comes down the pike, and yet its practice falls far from matching its rhetoric, and likely never will. Such policies do nothing but increase prices, stifle property rights and saddle businesses with ridiculous rules and regulations.  ⁃ TN Editor

For more than 15 years, leaders of the Emerald City have been promising that Seattle will lead the nation in fighting climate change.

But the lofty words have been matched by continuing clouds of carbon emissions: Seattle dumps as much heat-trapping carbon dioxide into the sky today as it did 25 years ago.

After a while, the pronouncements start to sound like a broken record – beginning in 2001 with Mayor Paul Schell and continuing with every mayor since then.

“We set a new standard of trying to be the national leader on a lot of fronts,” Schell recalled in 2001 as he was leaving office. “I think our citizens expect that from our city.”

In 2005, Mayor Greg Nickels made the same 7-percent commitment and started a national coalition of mayors dedicated to it.

The Seattle City Council and Mayor Mike McGinn promised in 2011 that the city would cut emissions 58 percent by 2030 and eliminate them entirely 20 years later. Seattle’s 2013 climate action plan spelled out the commitments in detail.

“Carbon neutrality by 2050, it means you have to do a lot in the near term,” McGinn told Science Friday’s Ira Flatow at a show recorded at Seattle’s Pacific Science Center in 2013.

“Donald Trump doesn’t want us to lead, but Seattle will lead,” Mayor Ed Murray said after President Trump announced he would abandon the Paris climate accords, an agreement signed by every nation on earth. “We are standing by our commitment to be 100 percent renewable by the year 2050.”

“We will not just lead the nation. We may lead the world,” candidate Jenny Durkan told KUOW during her campaign last year. She repeated the claim the day after her swearing-in.

But the city’s results have not matched its rhetoric.

“We are not reducing pollution fast enough to meet our very ambitious 2050 goals,” said Jessica Finn Coven, head of Seattle’s Office of Sustainability and Environment under mayors Murray and Durkan.

“As a lifelong climate activist, I always think we need to be doing more. I am aware constantly of this problem,” she said. “I have a 4- and a 7-year-old. This is their future that we’re all working for. So I take it really seriously.”

Seattle’s biggest sources of carbon pollution are the vehicles that move us and the buildings that shelter us.

The city has tried to rein in pollution from cars and trucks under various mayors, but our rising population and traffic have swamped those efforts.