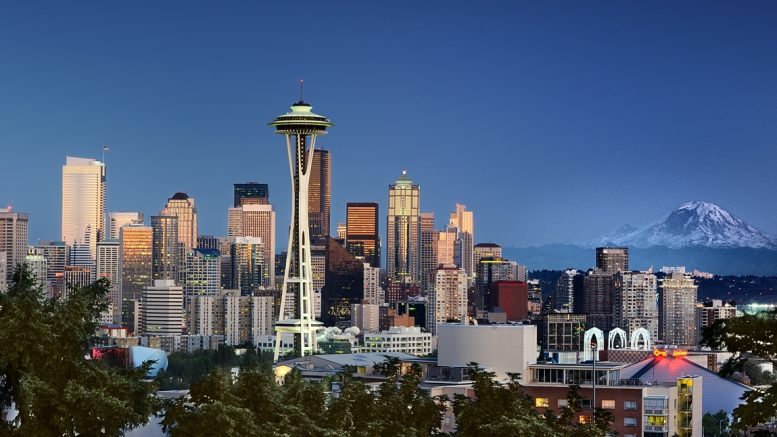 Seattle is Americas most ‘sustainable’ global city, and it is doubling-down by appointing a ‘resilience’ officer. Resilience is a core doctrine of Sustainable Development. ⁃ TN Editor

Seattle has been tapped by The Rockefeller Foundation as part of its 100 Resilient Cities, and Thursday saw the naming of the city’s chief resilience officer. The job is “to build holistic resilience to the social, physical and economic challenges that are an increasing part of the 21st Century.”

Seattle Mayor Ed Murray has appointed Jessica Finn Coven to a newly created post as the “Chief Resilience Officer” for the Emerald City.

“As CRO, Finn Coven will report directly to Mayor Murray and oversee the development and implementation of a comprehensive Resilience Strategy for Seattle,” said the announcement Thursday by the city.

What does the resilience officer do?

“Position will lead citywide efforts to build holistic resilience to the social, physical and economic challenges that are an increasing part of the 21st Century,” the city explained.

“Seattle’s Resilience Strategy will be a holistic, action-oriented blueprint to build partnerships and alliances, financing mechanisms, and will pay particular attention to meeting the needs of low-income families, communities of color and other vulnerable populations.”

Finn Coven is currently director of the city’s Office of Sustainability and Environment and will keep her current job while taking on resilience responsibilities.

Seattle is a founding member of “100 Resilient Cities- Pioneered by The Rockefeller Foundation.”  The foundation will provide a grant to support and fund the Chief Resilience Officer position. Finn Coven will receive support from Rockefeller as she perfects “resilience building tools.”

“Jessica’s experience and expertise in the complex issues of climate change, affordable housing and inequity will be leveraged in this new role as she helps drive the city’s strategy to increase resilience, grow equitably and reduce disproportionate impacts on communities of color,” said Murray.

“Vulnerable populations” is code for those who can be bribed into compliance and kept loyal with entitlements. This is just more of the same old identity politics, to divide and conquer.