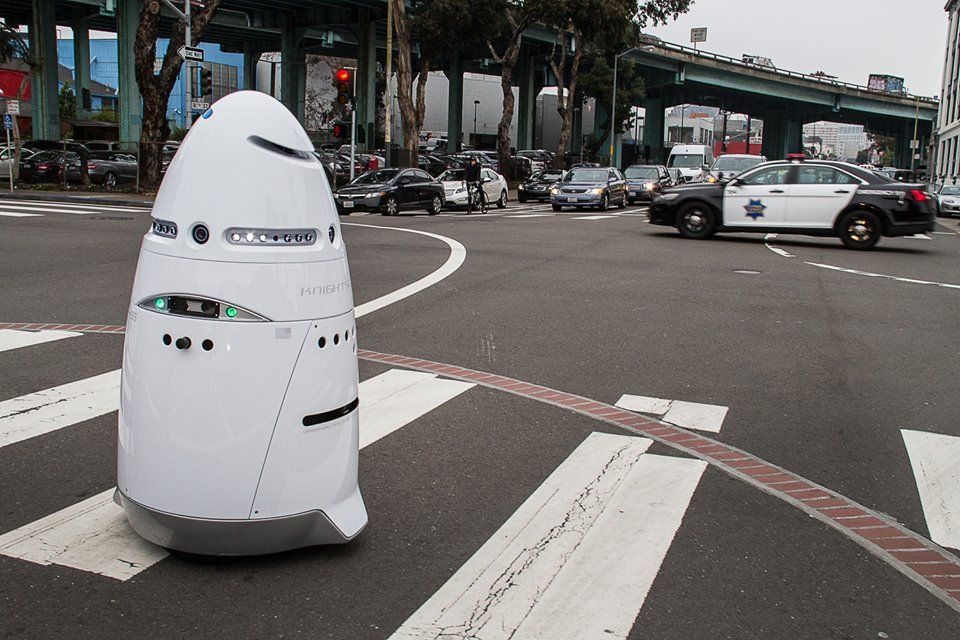 Security robots are slowly becoming a more common sight in malls, offices, and public spaces. But while these bots are often presented as replacements for human security guards — friendly robots on patrol — they’re collecting far more data than humans could, suggesting they’re more like mobile surveillance machines than conventional guards.

A new report from OneZero sheds some light on the scope of the data collection, featuring marketing material and contracts between Knightscope and various city councils. Both show that the main purpose of these robots is gathering data, including license plates, facial recognition scans, and the presence of nearby mobile devices. It’s the sort of constant low-level surveillance that only a machine can perform.

Exactly what each robot collects differs, as Knightscope leases its bots rather than selling them outright, tailoring each contract to customers’ needs. But it’s a fair bet that if you’ve seen one of these machines in person, it’s recorded your presence in one way or another.

As an internal report by California’s Huntington Park Police Department (HPPD) published by MuckRock back in August noted, “Knightscope’s secret to the K5 robot is simply sensors — lots of them.”

HPPD started leasing a Knightscope K5 robot to patrol parks and buildings this June, and the robot soon made headlines when a passerby pressed its emergency button to report a nearby fight, to no effect. According to NBC News, the bot ignored the woman and continued moving down its preprogrammed path “humming an intergalactic tune” and pausing to tell visitors to “please keep the park clean.”

Stories like this suggest that, as a replacement for human security guards (people who can respond intelligently and spontaneously to emergency situations), Knightscope’s machines are lacking. But as surveillance devices, they have a lot of potential.

The report from the HPPD notes that the robots can identify nearby smartphones over an unknown range, recording their MAC and IP addresses. In Knightscope marketing material published by OneZero, this is a central part of the company’s sales pitch, with one slide telling customers: “90%+ of Adults Have Smartphones And Use WiFi When Available.”

Scanning phones is a subtle form of surveillance with a far-reaching impact. It’s not as invasive as identifying someone by name, but it can be a rich source of information, telling you a lot about someone’s daily routine, like how often they visit a certain area and how long they stay there. As Knightscope says, it can also be used as a proxy to keep out unwanted individuals: just create a whitelist of approved devices, and scan for unfamiliar ones.