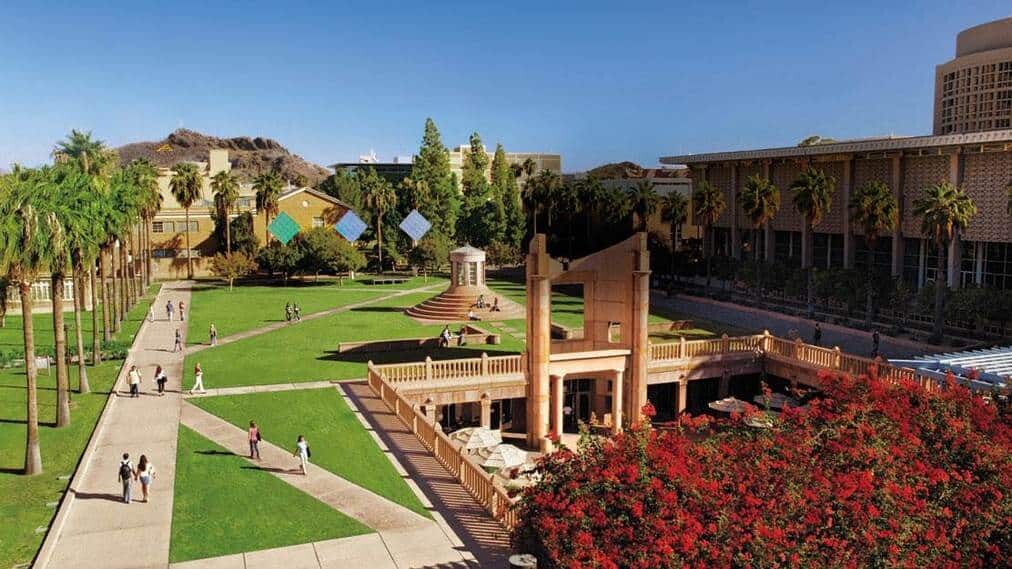 Smart Region: The Rise Of The Activist University

Arizona State University is not a state agency nor a representative of surrounding cities, but it is instrumental in creating a regional scheme to force smart city tech on 4.2 million people and 22 cities in Arizona. ⁃ TN Editor

ASU is a founding member of a new “smart region initiative” to bring cities and towns together in the Phoenix area together to collaboratively solve challenges and problems using technology.

As part of this initiative, ASU partnered with the Maricopa Association of Governments, the Greater Phoenix Economic Council and the Institute for Digital Progress to form The Connective, a consortium to help provide the greater Phoenix area with the tools necessary to create a smart city.

The city of Phoenix is one of the fastest growing cities in the country, but according to Diana Bowman, the associate dean for international engagement in the Sandra Day O’Connor College of Law, the metropolitan region is not up to date in terms of becoming a smart city.

“The greater Phoenix area is well behind the ball,” Bowman said.

But the goal of creating The Connective was to solve that issue by bringing the cities together. The partnership is meant to advance the technologies necessary to create a smart region by involving community and industry leaders.

According to Forbes, smart cities “bring together infrastructure and technology to improve the quality of citizens and enhance their interactions with the urban environment.”

Bowman said that the goal of The Connective is to “improve quality of life” in the greater Phoenix area.

“It’s not about the technology, it’s about the … individual,” Bowman said.

In 2020, members of The Connective have started working with different towns and cities in the greater Phoenix region to get an understanding of what issues they are facing.

The Connective will be working with partners in both the public and private sectors to combat those challenges, whether it be parking, water, transportation or other issues.

The 22 partners that make up The Connective, include Dell, Cox, Sprint and The Salt River Project.

Bowman said ASU’s role in the partnership will be accelerating the development of necessary technology by using its campuses to test and research in a sort of “sandbox” environment.

“ASU is really critical in terms of the idea of co-creating and testing technology, and the technology partners are already on board to help refine and drive it into the market,” Bowman said.

Dominic Papa, vice president for smart state initiatives at the Arizona Commerce Authority, said that the problem prior to The Connective was that cities were never really great at working together.

Papa said cities tend to focus on helping themselves and ultimately don’t have the time or resources to do more, causing various urban problems like pedestrian fatalities and a lack of mobility.