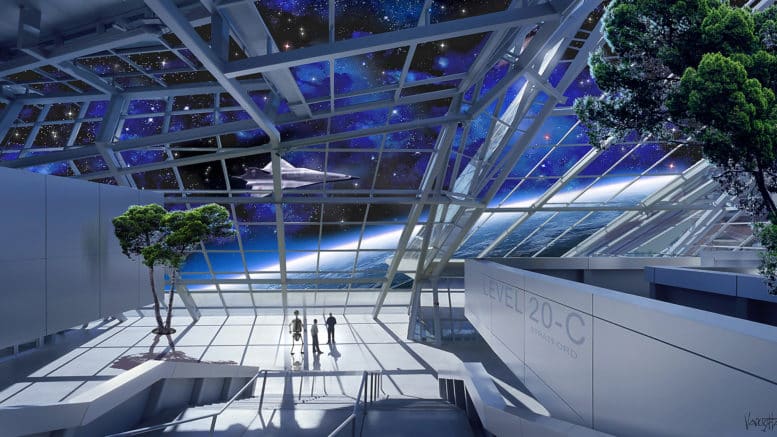 Please Share This Story!
PDF 📄
The space cult is run by billionaires at the top level of the United Nations and global elite, and yet they now have over 1 million ‘signups’ who have sword allegiance to the new constitution, which touts Technocracy. No, this isn’t a joke! ⁃ TN Editor

A video came out about five months ago that detailed the nation of Asgardia, a newly formed technocracy that is based in space. Their sovereign “lands” are a space station currently in low Earth orbit and their citizens are spread around the world.

When the video popped up, I watched it with some interest but assumed the nation would fail quickly. They have lofty goals and it would take either a lot of time or a whole lot of money for them start gaining real traction. I was surprised to learn that had nearly 300,000 citizens at the time. Apparently, the money is flowing more freely than I expected.

There are a lot of real dangers that should be recognized about such a place. They are hyper-sensitive to self-identity influencing any aspect of life as an Asgardian. While the people are free to have views on anything from politics to religion, those views may not be spread throughout the citizenry. Unity is based on adherence to the constitution as the supreme rule over everything Asgardians believe. Whatever other views their citizens may have, those views are secondary to the collective.

Throughout their constitution, they repeatedly invoke “social justice” as a key role in all aspects of life.

It’s known that the PsTB signal their intentions by various ways, including the Marx Stream Media.
Back in the 60s, there was a TV show called The Man from U.N.C.L.E. The main bad guys were THRUSH, which stands for:

Did they know something back then? Sure sounds like TODAY.