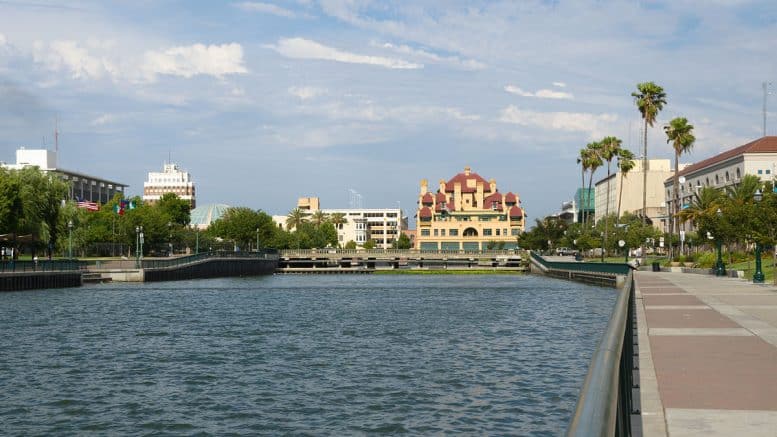 With alleged record low unemployment throughout the nation, the reality in Stockton is radically different. The Technocrat idea of Universal Basic Income (UBI) is being explored as the only solution: simply giving money to citizens. ⁃ TN Editor

Wage stagnation. Rising housing prices. Loss of middle-class jobs. The looming threat of automation. These are some of the problems facing Stockton and its residents, but the city’s mayor, Michael Tubbs, says his city is far from unique.

“I think Stockton is absolutely ground zero for a lot of the issues we are facing as a nation,” Tubbs said.

Stockton is one of many Bay Area cities on the fringe of the wealth accumulating in Silicon Valley and San Francisco. The Central Valley city went bankrupt in 2012, and for decades it has been trying to diversify its agriculture-based economy.

“I feel that as mayor it’s my responsibility to do all I could to begin figuring out what’s the best way to make sure that folks in our community have a real economic floor,” Tubbs said.

Tubbs is coordinating an effort to test a new way to sustain residents: universal basic income, or UBI. For one year, several dozen Stockton families will get $500 a month, no strings attached.

Dorian Warren co-chairs the Economic Security Project, which is contributing $1 million to the initiative. He said the goal is to gather data on the economic and social impacts of giving people a basic income.

In addition to tracking what residents do with the money, Warren said they will be monitoring how a basic income affects things like self-esteem and identity.

“What does it mean to say, ‘Here is unconditional guaranteed income just based on you being a human being?’ ” Warren asked.

The hope is to demonstrate UBI’s potential and encourage other places to give it a try. UBI has recently gotten a boost from Silicon Valley moguls concerned about income inequality and the future of society, but the idea isn’t actually all that new, said Michelle Anderson, a Stanford law professor.

Anderson said, “UBI was first pitched by Nixon as an answer to post-industrial job losses.”

With this experiment, Anderson said Stockton may discover it gets more economic stimulus by giving money to its citizens rather than corporations it hopes will bring in jobs and tax revenue.

$500 a month is their idea of income?
Already I see that whatever “findings” they “uncover’ with such a “study” will be horribly skewed. Perhaps the average Californian 12 yr old living at home could make it on 5 bills of worthlessness, but someone who has a mortgage, that 12 yr old kid at home to feed, utilities, and so forth.

If they were really serious about UBI, then you’d see “incomes” being given around the basic living wage found in various demographics. Instead, you see the technocrats giving out ‘allowance’ money, not living wage money.

That’s the point of doing it this way. To make people like you angry because it’s not more. When this was first implemented by a nation it began the collapse of that nation the dole (ubi) in Rome solidified indentured servitude, slavery and the ruin of middle class citizens. There was only the elitist ruling class who wanted liberal amounts of government to control the lower class and the people who wanted less more conservative amount of government so they could be free as they were before to live their own lives. The elitist just kept putting more people on… Read more »