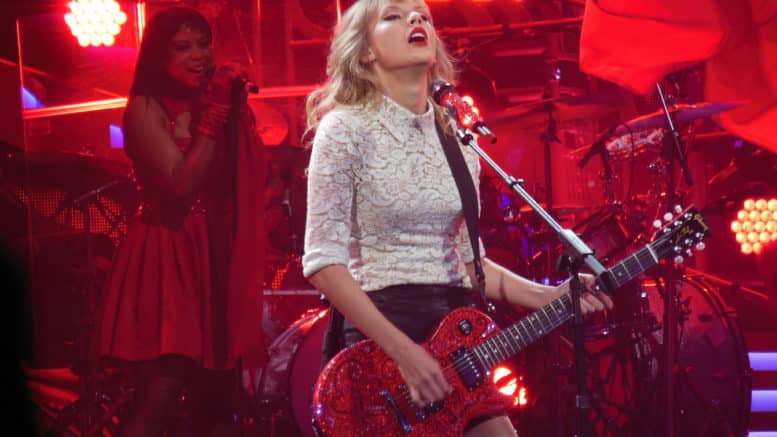 Please Share This Story!
PDF 📄
Swift apparently didn’t break any laws, but her actions should concern her concert-attending fans who were all scanned without their knowledge. What else is Swift using her private biometric database for? ⁃ TN Editor

Taylor Swift held a concert at California’s Rose Bowl this past May that was monitored by a facial recognition system. The system’s target? Hundreds of Swift’s stalkers.

Swift’s facial recognition system was built into a kiosk that displayed highlights of her rehearsals, which would secretly record onlookers’ faces. According to Rolling Stone, which spoke with a concert security expert who observed the kiosk, attendees who looked at the kiosk were immediately scanned. Afterward, the data was sent to a “command post” in Nashville, Tennessee that attempted to match hundreds of images to a database of her known stalkers.

US artists haven’t previously been publicized for using facial recognition tech at their concerts. However, the legality of doing so is on the artist’s side: a concert is technically a private event, therefore event organizers can subject concert-goers to almost any kind of surveillance.

The security measures taken for Swift’s event could be considered extreme, but it’s not the first time facial recognition has been used to look out for unwanted attendees.

This past April, Chinese police arrested a 31-year-old suspect who was hiding among nearly 60,000 people during a concert at Nanchang International Sports Center. This was made possible by the early stages of China’s own “Xue Liang,” or “Sharp Eyes,” monitoring system, which will be tasked with monitoring the movements of its citizens.