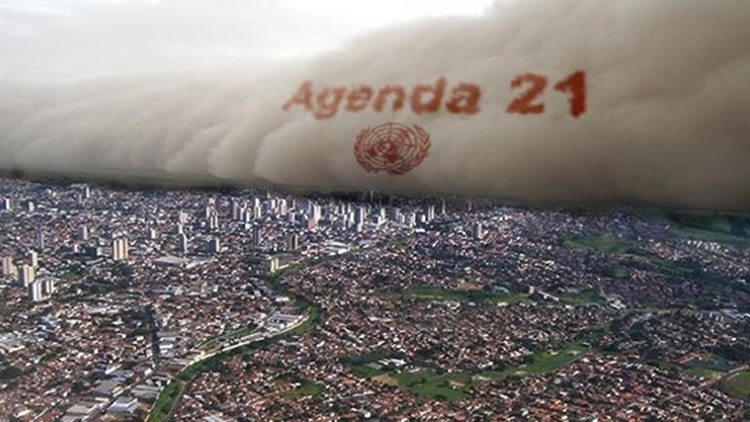 Since the release of Technocracy: The Hard Road to World Order, I have been doing quite a few radio interviews and more are scheduled for the near future. In the process, something has dawned on me that needs to be addressed.

Many people breeze across Technocracy.News and completely misinterpret what it is here for. It is NOT to bash technology, engineers or scientists. It is NOT to scare you with “truth is stranger than fiction” memes.

The chief and only purpose of Technocracy.News is to demonstrate the tentacles of Technocracy around the world in THEIR words, not mine.

There are now over 2,800 categorized and indexed articles posted, which has become a research treasure trove for many. I have included my own comments at the top of each article, in order to provide context.

Let me be very clear about this: I am totally opposed to Technocracy. I support the U.S. Constitution and the Declaration of Independence, and promote them as the best form of citizen-involved government in the history of the world. As a Christian, I believe in the sanctity and dignity of man having been created in the image of God; to put this another way, I do not believe that you are an animal equivalent to a steer in a feed lot.

Many readers don’t have a clue as to what Technocracy is or how it will affect all Americans. This is why I posted a link to my QUICK START GUIDE in plain view on the Home Page, where everyone can find explanations, videos, interviews other links. This is also why there is a big graphic image on the Home Page with pictures of the books I have written on the topic. I have spent thousands of hours researching and writing about Globalization and Technocracy, and published these books for your education.

However, how many people actually read the Quick Start Guide or purchase Technocracy Rising: The Trojan Horse of Global Transformation or Technocracy: The Hard Road to World Order? Well, not nearly enough.

For anyone who takes shots at me for just “hocking books for my own profit”, get over it. You can join the ignorant masses if you wish, but you will be back some day after the manacle of Scientific Dictatorship clamps around your neck, and you realize that you missed the chance to do anything about it.

For everyone else that takes Technocracy seriously, I salute you and encourage you to keep spilling the beans on it to everyone who will listen.

Here are equivalent concepts: Technocracy, Sustainable Development, Green Economy, Natural Capitalism. All of this is a grand deception, as I explain in Technocracy: The Hard Road to World Order.

Was Sustainable Development disingenuous or was it for real? Pratap Chatterjee and Matthias Finger, authors of The Earth Brokers in 1994, were direct participants in the UN meetings leading up to the Earth Summit held in Rio in 1992. They were environmentalists of the original order that preceded globalization, and they were deeply disappointed in the entire process and outcome. They concluded that “as a result of the whole UNCED20 process, the planet was going to be worse off, not better.” In further opposition, they wrote,

“We argue that UNCED has boosted precisely the type of industrial development that is destructive for the environment, the planet, and its inhabitants. We see how, as a result of UNCED, the rich will get richer, the poor poorer, while more and more of the planet is destroyed in the process.”

Toward the end of the Earth Summit, youth representatives were allowed to give their impressions of the process and proceedings, and they selected a young lady from Kenya, Wagaki Mwangi, who worked for the International Youth Environment and Development Network in Nairobi. Her short, pointed and shocking statement left many attendees in dead silence:

“The Summit has attempted to involve otherwise powerless people of society in the process. But by observing the process we now know how undemocratic and untransparent the UN system is. Those of us who have watched the process have said that UNCED has failed. As youth we beg to differ. Multinational corporations, the United States, Japan, the World Bank, The International Monetary Fund have got away with what they always wanted, carving out a better and more comfortable future for themselves… UNCED has ensured increased domination by those who already have power. Worse still it has robbed the poor of the little power they had. It has made them victims of a market economy that has thus far threatened our planet. Amidst elaborate cocktails, travailing and partying, few negotiators realized how critical their decisions are to our generation. By failing to address such fundamental issues as militarism, regulation of transnational corporations, democratisation of the international aid agencies and inequitable terms of trade, my generation has been damned.”

While this may seem to be a harsh assessment to some readers, I am only setting up to ask this question: If Sustainable Development is not really about saving the planet, then what is it?

Here is the short answer: It is a scam to twist the economic resources of the world out of your hands and give them to the global elite. It is a power grab to take over all means of production while dictating to you what you are allowed to consume. It is a Scientific Dictatorship designed to control you, your thoughts, your behavior, your consumption and your family from cradle to cradle. Property rights, wealth, savings and the right of inheritance will be tossed out the window. Welcome back to the Dark Ages!

If this is true, then it represents nothing less than the biggest heist in the history of man on earth, and there is an abundance of evidence to prove that it is already well underway. It might be stopped before our nation is ravaged, but not while so many Americans still have their head still planted firmly in the sand.

That is why Technocracy.News is here and why I have now published two books on Technocracy to explain the whole picture.

State Of The Union 2019: Why America Is Suffering Gridlock At Every Level

The Untimely Demise of Capitalism

Metaverse: Blurring The Lines Of Reality With NWO Transhumanism

The Bizarre World of Mark Zuckerburg’s ‘Metaverse’: ‘Gateway to Transhumanism’? – Absolute Truth from the Word of God

Metaverse: Blurring the lines of reality with transhumanism – Infokeltai