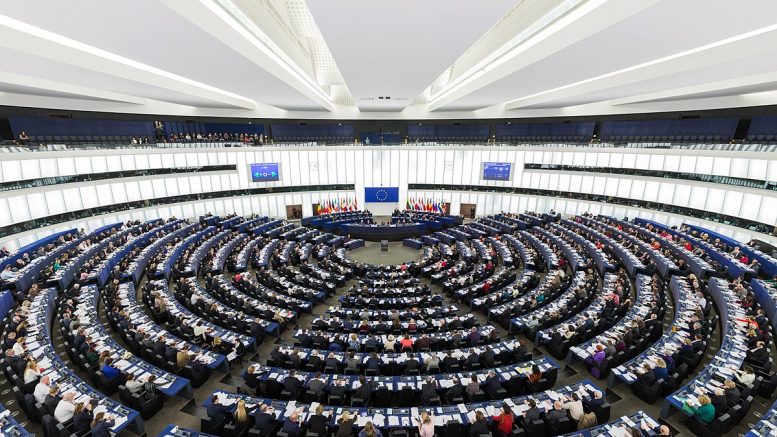 In the face of populism and decline of Democracy, Technocrats argue that the population should not have its say because they fear their capacity for action will be frozen. ⁃ TN Editor

IM/HD: We are today witnessing the advance of nationalist, xenophobic and extreme-right groups in every successive European election. They have even managed to enter government, for instance, in Italy. What’s going on?

Etienne Balibar (EB): This trend has been ongoing for years and reveals a crisis in the current form of European construction, which is probably irreversible. It is moving from one country to another, but the formula is the same: the effects of austerity measures on the poor and middle classes as well as the development of social and territorial inequalities are the logical result of so-called free and undistorted competition. These elements crystallise within the malaise created by the technocratic government of the EU and its member states. They foster nationalism, xenophobia and a loathing for democracy.

But ever since the Greek crisis and Brexit, it has also become clear that it is neither possible to leave the EU, nor to expel a member state. Obviously, some political forces believe in an exit from Europe, but no government can impose it. I think the situation will further deteriorate as we head towards a mutual neutralisation of hegemonic forces in Europe due to the lack of an alternative project on the part of new individuals, emergent groups or political movements. The consequences of this development are unpredictable.

EB: The statements of the president of the EU Commission, Jean-Claude Juncker, are revealing. He has said that he wanted to avoid the errors made in 2015. But what errors is he referring to? Is he talking about the content, about the wilful destruction of an economy and a society? Or is he merely talking about the form this took, which hadn’t respected the procedures? The European leaders know that they cannot show the same open contempt towards the choice made by the Italians with which they treated that of the Greeks. But I do find it telling that they want to avoid a conflict with the extreme-right while they deliberately sought it with the left-wing government.

I do find it telling that they want to avoid a conflict with the extreme-right while they deliberately sought it with the left-wing government.

IM/HD: Do the suggestions for an overhaul of Europe put forward by French president Emmanuel Macron during his speech at the Sorbonne or the plans laid out by German Chancellor Angela Merkel really take into account the full extent of the crisis that Europe is undergoing?

EB: What plan? It’s mere window dressing. Of course cultural exchanges are important. But it won’t take us very far if it’s only to proclaim once again the common destiny of the European peoples. The crux of the matter is the EU economic and financial structures. Banks have already been consolidated. The project to transform the European solidarity mechanism into a monetary fund was inspired by the rules of the IMF. And Germany and the Netherlands still don’t accept a common budget without guarantees against transfers.

Ever since the crisis of 2008, economists have repeatedly said that a single currency cannot work without a common budget. But Germany only accepts minor adjustments, and it is likely that the French government will head in the same direction. This will seal the sovereignty of financial institutions instead of limiting competition between European states and producers and thereby strengthening solidarity.

The project that is here outlined certainly doesn’t attempt to ward off the splitting of Europe into hierarchical economic zones: attractive zones for foreign capital, subcontracting zones, zones for the supply of a cheap workforce and holiday zones for the bourgeoisie and petty bourgeoisie. What happens in Greece today is striking. The salaries and pensions have collapsed, current accounts are picking up, and the tourism industry is running at full capacity. The environmental and sociological consequences are terrifying.

IM/HD: Macron’s Sorbonne speech at least mentioned the necessity to fight against the rise of the extreme right. Does nothing in the project that is currently under discussion pick up on this dimension?

EB: Frankly, I find it astonishing that no debate on the crisis besetting European construction is taking place in the European Parliament. Maybe it would be a cacophony, speeches with fascist leanings would be delivered by populist forces, some of which are already in power or about to enter government. But we can’t ignore the fact that the crisis of the system is also its lack of democracy. The more profound it gets, the more technocrats will argue that the population should not have its say. They fear that their capacity for action will be paralysed.

But what are they doing about it? I wonder when the time will be ripe for public debates about the problems of Europe on a European level and not in a small committee of the Commission or of the heads of states. The situation is certainly worrying enough for a debate to take place in the European Parliament without waiting for a common agreement between Macron and Merkel on a minimum programme.