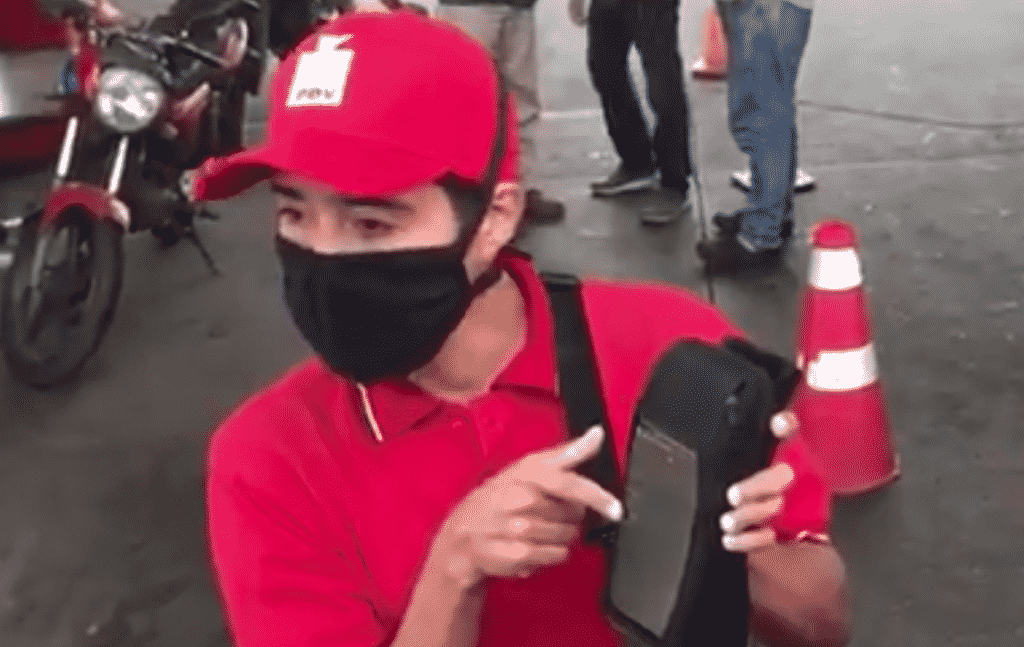 Marxist Socialism thoroughly destroyed a once prosperous nation, but out of the ashes, we see the green shoots of Technocracy. The careful rationing of energy has always been central to Technocracy.

The first requirement in the Technocracy Study Course is: “Register on a continuous 24-hour time period basis the total net conversion of energy.”

The second requirement is “By means of the registration of energy converted and consumed, make possible a balanced load.” ⁃ TN Editor

Imagine having to submit your biometric data at a gas station, which is then cross-referenced with your nation’s socialist system database, to receive a monthly ration of fuel. Such a dystopian concept is now a reality in the Bolivarian Republic of Venezuela.

Having the world’s cheapest gasoline was the nation’s last remaining selling point, even though acquiring a modest vehicle is an impossible dream for most. For as long as anyone can remember, gasoline was virtually free here. Until recently, completely filling up a vehicle’s tank would cost you less than 100.00 Bolivars, or roughly less than $0.0005.

That reality is no more as of this month.

Maduro’s socialist regime has implemented a new system for the control and distribution of gasoline in Venezuela. Refueling a vehicle is no longer as simple as driving to a station and doing the deed. Now, you are only allowed to do so on specific assigned days according to the last number of your vehicle’s license plate.

This new system has two modes: The first one, a subsidized one, involves signing up to the regime’s Fatherland System and obtaining your “Fatherland Card.” This system was created with the aid of China and contains all sorts of information, including your vehicle and your biometric data. It is through this system that you will receive a monthly allotment of subsidized gasoline: 120 liters if you have a regular vehicle, or 60 liters if you have a motorbike.

The subsidized price might seem generous. After all, it is only 5,000 Bolivars per liter, which roughly translates to $0.025 per liter. But for those who earn minimum wage (which as of the time of writing this is 800,000 Bolivars per month), 40 liters of fuel represent 25 percent of your income.

If you exceed your monthly quota, or you simply refuse to sign up for the Socialist Fatherland system, then fuel will be sold to you at a rate of $0.50 per liter — twenty times more expensive than the subsidized price.

This tier can be paid with our local currency, the regime’s “Petro” scam cryptocurrency, and even with the once demonized and capitalist U.S. dollar — the one that the regime wishes you to pay them with, and the only form of payment that’s being accepted in some gas stations.

Regardless of the mode you choose, all transactions will eventually pass through the regime’s biopago system, which will now use your biometric data to track your sale and fuel consumption.