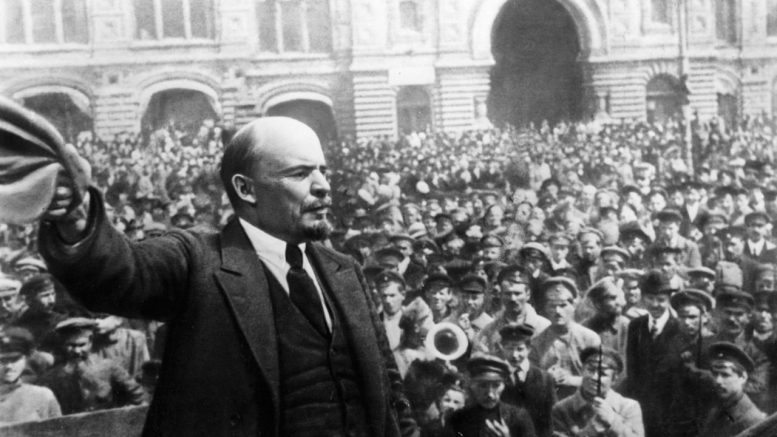 Other writers are picking up on Technocracy and its tight ideological grip within the super-rich titans of Silicon Valley and elsewhere. Armed with vast wealth, they are exerting their power to subvert the world to their private vision of the future. ⁃ TN Editor

Now that America’s financial power center has shifted from Wall Street to Silicon Valley, we need to ask ourselves, “What are the tech industry elite’s politics?” This question is important because, as we all know in America, money equals political power.

The disturbing answer is that there are some decidedly technocratic or even Leninist tendencies among members of the tech business elite. This does not mean that these people are Communists or anti-capitalists – far from it. Instead, they seem to share some of the values and visions that Soviet founder Vladimir Lenin espoused.

Lenin’s goal was to build a political system in which a highly-educated elite would utilize science and technology to create a utopia. History teaches us that Lenin’s system was a dismal failure; instead of super intelligent technocrats, it produced rule by gangsters, thugs, and brainless bureaucrats. It also led to the needless deaths of untold millions of people around the world.

What is truly frightening is that some of today’s Silicon Valley leaders seem to share some of Lenin’s visions. Like Lenin, they wish to use technology to radically transform the world, destroying traditional society and the status quo in the process. The end goal is something like the Communist utopia, where everybody is equally wealthy and all powerful and all distinctions between classes and people have been erased or made meaningless.

This tendency is best exposed by the eerie similarity between some tech industry icons’ pet projects and some of the activities of the Soviet Union. A few examples of this include:

Should we be Worried about Silicon Valley Leninism?

Naturally, people will wonder if we should be worried about this Leninist tendency in Silicon Valley. That’s hard to say because most of these projects could be beneficial; they have noble goals, and unlike Lenin’s Soviet utopia, they are not being created with violence or brute force. Instead, the Next Generation technocrats are investing their own money, which they certainly have a right to do in a free country like the United States.

The potential moral problem here is that these projects are expressions of a distinct philosophy and ideology that a great many people disagree with. Like the Communists, the New Technocrats believe that human beings can be perfected through science. They think that human beings could transcend their nature and become godlike through technology, a belief that traditional Christians, Moslems, and Jews would consider sacrilege.

On some level, the tech elite is trying to take America back to some of the ideals of the 20th century, those of the technocrats that created the 1960s space program. A few of their projects can be seen as attempts to undo the conservative shift in American society after the 1970s. Part of that shift was the curtailing of space exploration, while others included an end to centralized planning and transportation systems. It’s also no coincidence that the move away from space exploration came as Republicans became America’s dominant political party on the national level.

Opposition to some technologies, such as high-speed rail, actually seems to be part of the Republican Party’s political program. The GOP has also attempted to cut funding for a wide variety of scientific research. Even though the Republicans justify their opposition to research and rail with appeals to fiscal restraint, it is easy to discern an opposition to potentially socially or economically disruptive technologies in their policies.

This national technophobia is nothing new; it has been going for at least two generations. It could also form the basis for a nasty conflict between the Silicon Valley tech elite and Republicans and possibly conservatives, in general, at some point in the future, especially when we take a look at some of the intellectual roots of the ideas some of the tech elitists promote.

It Began in the 1960s: Star Trek vs. Eisenhower

Something that we tend to forget today is that there was a strong reaction against the space program and the Cold War military buildup in the United States after 1960.

Some critics of these developments, such as President and war hero Dwight D. Eisenhower, the creator of the phrase military industrial complex, seemed to fear them as “creeping Leninism.” They were afraid that spending on technology would centralize power in the hands of big business or big government and undermine traditional society and democracy in the process.

Interestingly enough, some Americans, such as Star Trek creator Gene Roddenberry, seemed to favor such developments. Roddenberry’s widow, Magel Barrett, described her husband as a Communist and an admirer of the People’s Republic of China.

It is probably not a coincidence that some well-known tech entrepreneurs, such as Jeff Bezos, are Star Trekfans. On some levels, Amazon, a company that famously does not make a profit, can be seen as an effort to create an alternative to the free market that will satisfy people’s material desires at the press of a button. The whole tech project can be seen as an effort to create a Star Trek-type utopia and restore the space-age values of the 1960s, or at least 1960s science fiction.

The problem with that is not everybody wants to go along with it. A common criticism raised by many commentators is that there is no democracy in Star Trek; in the society shown in the series, all political decisions are made by the military. Neither bureaucrats nor politicians seem to exist in Roddenberry’s version of the future, which should concern us.

Does Silicon Valley Believe in Democracy or Liberty?

This raises the whole question of democracy because Leninism, like most forms of technocracy, is inherently undemocratic. One of Lenin’s first acts after taking over as dictator during the Russian Revolution was to send armed thugs to break up the Duma, Russia’s elected legislature. His next act was to send the thugs out to smash up any newspaper that printed anything other than his Communist fantasies. Every Communist leader ever since has behaved in much the same way after taking power.

Most of the Silicon Valley technocrats seem to believe in Democracy; Brin and Larry Page at Google are among the few U.S. businesspeople to refuse to kow tow to the Chinese Communist Party to their credit. Yet one senses a disdain for average people and contempt for traditional beliefs among the technocrats. They seem to show absolutely no interest in traditional religion, for example. One has to wonder how long their respect for democracy will last if organized political opposition to their pet projects appears.

Would Bezos tolerate unionization of his mammoth fulfillment centers? Many of the most progressive tycoons in 19th and 20th century America, such as Andrew Carnegie and Henry Ford, were violently opposed to unions. Both Ford and Carnegie hired armed thugs to attack striking workers. Even as they promoted policies that bordered on socialism in other aspects of their business and philanthropy, Carnegie built free libraries accessible to all citizens, while Ford paid his workers the highest wages he could.

How would the technocrats react if Congress tried to break up some of their companies or to regulate, ban, or limit the implementation of some of their new technologies? For example, if the government tried to ban robots or self-driving cars or censor the internet to remove adult content. Or if there was a widespread movement to ban technologies that some people find immoral, sinful, or threatening, such as genetic engineering, nuclear power, or artificial intelligence. What if the government attempts to restrict private space travel or development of rocketry?

How tolerant of traditional religion will they be if a popular preacher, or even the Pope, starts condemning technology as sinful or Satanic? Or if a popular religious movement opposed to technology appears? Would Facebook allow pages telling users to smash their smartphones? Would Google allow searches to turn up a webpage telling visitors they will go to hell if they do not smash their computers immediately?

These questions should concern us, given the control over the flow of information and the amount of money these companies have. Research scientists Robert Epstein and Ronald E. Robertson even believe Google could have the power to influence the outcome of a Presidential election. As I’ve noted elsewhere, some of the tech companies are sitting on vast reserves of cash, which could decide the outcome of an election. Google alone had $69.78 billion in the bank on June 30, 2015.

The Elite Lenin only Dreamed of

I am not opposed to progress, but I have to wonder if allowing so much wealth and power to accumulate in the hands of a tiny minority, whose values and beliefs differ vastly from the majority, is a good development. It sounds like a perfect recipe for political conflict and possibly class warfare.

No politician has yet jumped on the anti-technology or anti-Silicon Valley bandwagon, but I imagine it is coming. There is already plenty of anti-technology talk among the intelligentsia that could quickly become the basis of an anti-tech political movement.

Even if the creations of Silicon Valley are beneficial, and by and large, I think almost all of them are, the tech elitists have certainly given potential critics on both the left and right plenty of ammunition with which to attack them. They are clearly trying to restructure our society without any sort of popular consensus or even sensitivity to traditional values or beliefs.

Can democracy survive in a nation and possibly a world where a few private individuals who are accountable to no one seem to have the means to shape progress and the future of society? Could the Silicon Valley tycoons become the scientific elite that Lenin only dreamed of and use their wealth and technology to force their values on the rest of us? These are questions we need to ask now if we want democracy and a free enterprise to survive.

Democracy leads to dictatorship of one kind or another once the percentage of ‘takers’ exceeds 50% and the ‘givers’ that produce stop producing when they become the minority. Suggest a more appropriate term involving the rule-of-law be used such as constitutional republic or constitutional monarchy, etc.
“There is no democracy without socialism, nor is there socialism without democracy” – Karl Marx.

are you sure this isn’t what they had planned since the shock appears to be real! all those promises down the drain!

This article anticipated and developed the arguments here. http://www.imaginaryfutures.net/2007/04/17/cyber-communism-how-the-americans-are-superseding-capitalism-in-cyberspace/