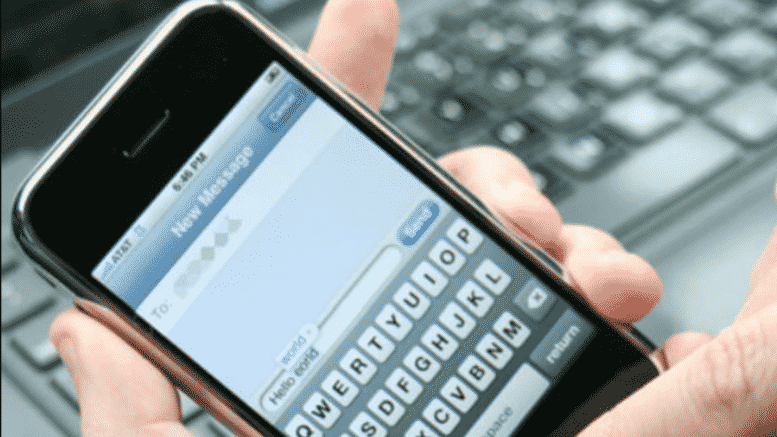 Please Share This Story!
PDF 📄
Crushing censorship is rapidly expanding to the most basic forms of communication: text messages. If the Biden Administration is successful at censoring SMS messages, then voice calls are right behind. This is the most egregious attack on the First Amendment in the history of our nation. ⁃ TN Editor

Groups allied with the Biden administration are planning on working directly with cellphone network providers to ‘fact check’ private SMS messages if they contain “misinformation about vaccines.”

The revelation is made in a Politico article which explains how the White House is preparing to characterize “conservative opponents of its Covid-19 vaccine campaign as dangerous and extreme.”

The decision to ramp up the information war against vaccine skeptics was made after conservatives showed resistance to the Biden administration’s plan to go “door-to-door” to increase vaccination rates.

“Biden allied groups, including the Democratic National Committee, are also planning to engage fact-checkers more aggressively and work with SMS carriers to dispel misinformation about vaccines that is sent over social media and text messages,” states the report. “The goal is to ensure that people who may have difficulty getting a vaccination because of issues like transportation see those barriers lessened or removed entirely.”

JUST IN – Biden allied groups, including the DNC, plan to engage fact-checkers and work with SMS carriers to "dispel misinformation" about vaccines that is sent over social media and text messages (Politico)

The prospect of the DNC and other government-affiliated groups having access to Americans’ private text messages represents a chilling surveillance dystopia.

Recall that ‘fact-checkers’ infamously declared the Wuhan lab leak hypothesis to be a “debunked conspiracy theory” at the start of the pandemic, only to be forced into a humiliating reversal later on.

In doing so, they may have helped facilitate one of the biggest cover-ups in modern history, so what business such groups have in snooping on people’s private SMS messages is anyone’s guess.