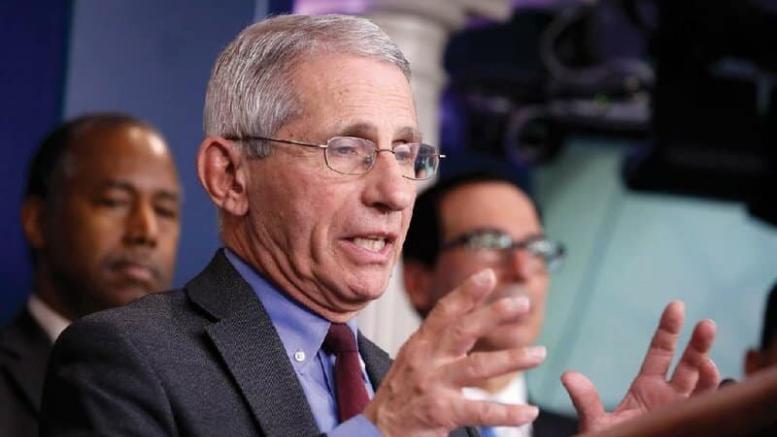 Please Share This Story!
PDF 📄
Dr. Anthony Fauci is a true Technocrat who hides behind pseudo-science while shaming, bullying and ridiculing anyone who dares to disagree with him. What American’s don’t believe is his phony-baloney pseudo-science. ⁃ TN Editor

Dr. Anthony Fauci, the polarising director of the National Institute of Allergy and Infectious Diseases, slammed everyday Americans for refusing to go along with ‘authority’ on medical matters, and accused people of ‘amazing denial’ when it comes to ‘truth’.

Speaking on a podcast called Learning Curve, produced by the Department of Health and Human Services (HHS), Fauci charged that “unfortunately, there is a combination of an anti-science bias that people are — for reasons that sometimes are, you know, inconceivable and not understandable — they just don’t believe science and they don’t believe authority.”

“So when they see someone up in the White House, which has an air of authority to it, who’s talking about science, that there are some people who just don’t believe that — and that’s unfortunate because, you know, science is truth,” Fauci asserted.

“It’s amazing sometimes the denial there is, it’s the same thing that gets people who are anti-vaxxers, who don’t want people to get vaccinated, even though the data clearly indicate the safety of vaccines,” Fauci proclaimed, adding “That’s really a problem.”

‘Believe’???? Correct! I do NOT have a belief system!! One CANNOT THINK if there is a belief system involved. I go off of FACTS and THINKING; NOT a ‘BELIEF’!! I’m a HUMAN with a THINKING BRAIN! THINKING from FEELINGS is an OXYMORON!! CANNOT be done!
I THINK that Fauci is a CRIMINAL FRAUD because I gathered the factual information!

I have dealt with Dr.Faucci when I reported NIH fraud at the University of Waterloo and had a DOJ RICO investigation.Waterloo bribed Pres.Clinton with a million dollar speaking fee (later collected ) to OBSTRUCT JUSTICE and closed down the investigation. I had peer support from the Chair of MD Anderson Cancer Centre. Dr Faucci was not concerned that cancer research was suppressed so fraud could be cover up. He would not respond to my courier letters.The US Surgeon General sent me a letter of apology for how badly I was treated posted on http://www.cancerfraudbadbiotech.com. People believe in TRUTHFUL science but… Read more »

I really appreciate your newsletters. Sometimes I cannot open them, maybe the internet is censoring? I was unable to read the last one.

But we’ll elect them every time, without fail.

Why would we trust a doctor without clinical experience that changes his story every time he gives one?

If Trump is on the so called conservative side, ‘a Christian’ an outsider as the claim is then why is this man Fauci still in control with his holier than thou views that science is god. Science claims the Big Bang! If you were evolved like science claims then you are nothing but goo. But if you were created in the ‘image of God’ by a God who loves us then yes Fauci is a false prophet. ‘And God said, Let us make man in our image, after our likeness: and let them have dominion over the fish of the… Read more »

Fauci rejects the image of God in you.
He will be called into account–eventually.

He’s half right. I DO trust in science, however I also understand that there is no “consensus” in science and there are more idiots with Ph.D.’s working as “scientists” than there are actual scientists (and most of them work for the government in some capacity). He is absolutely correct, though, that I DON’T trust “authority”… ANY authority. The requirements to be a “scientist” are not always strict and often overlooked. But, often, the ONLY requirement to be in authority is knowing when, where and how to drop to your knees and whose “knob” to polish. Especially in politics.

“Believe ye in the Science. Believe ye also in me. I am come that you may have death more abundantly.”