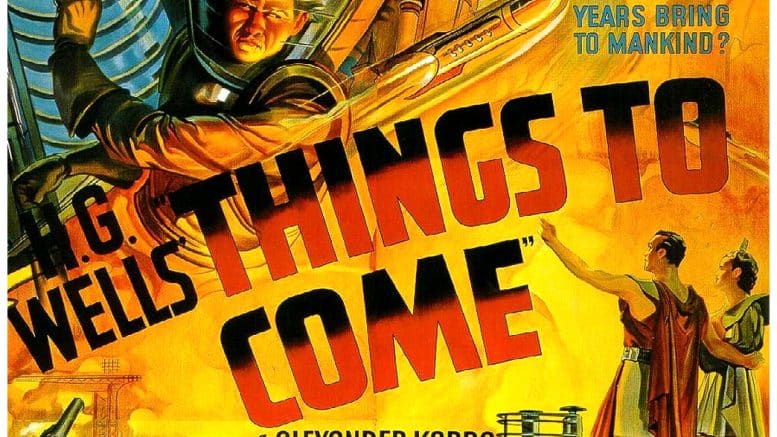 Poster of "Things To Come" by H.G. Wells

The Technocrat mindset is outside of practical experience, expecting to solve problems with ‘right parameters and rules’, where ‘implementation is taken for granted. The term “social engineering” is an oxymoron. ⁃ TN Editor

Washington is in the throes of a rekindled romance with technocracy: the idea that what is most needed to save the economy and the planet is a bunch of really smart people who have spent their lives studying complicated problems like health care finance or renewable energy. The last time we had this many fresh-faced wonks geting feted for their deep thoughts was the New Deal.

And who could be against having very smart people studying problems? What am I, in favor of having stupid, ignorant people run things?

No, of course not. But there’s a danger in the technocratic class. Funnelled through an ever-expanding system in which they are paid to sit around and think about things, observe things, and write things, but never actually do things, our information mandarins are frequently totally disconnected from the people and processes they are supposed to rule. Their knowledge comes from sporadic meetings, usually with members of the regulated class who have been carefully selected as spokesmen. The screening process by which these people are found selects heavily for personal contacts with the mandarin class, or an ability to speak to a specific agenda (single mother with cancer who wants to buy health insurance; small business owner who will go broke trying to provide it under Obamacare). This creates problems, as Arnold Kling points out:

I have many concerns with the technocratic mindset. The one I wish to raise here is that the technocrat has no experience working in the context of an organization. To the technocrat, everything boils down to setting the right parameters and imposing the right rules. Implementation is taken for granted.

Within a business, someone with the technocratic mindset does not get very far. The people who get ahead are the people who can negotiate, build organizational capital, manage projects, and sell.

If you want to see how ineffective technocrats are, I give you as Exhibit A the attempts by the government to prevent foreclosures. The rules and the parameters looked good to the technocrats. The results in the real world were abysmal. That is because nobody had any idea what was involved in actually implementing these policies on the ground.

Before he was a commentator, Kling worked for Freddie Mac, doing things like forecasting default risk.

I think about this often with health care and education. All of the health care experts that I interview are quite sure that there is a lot of waste and nest-feathering inside of hospitals, waste that could be cut if we could hit on the right combination of regulations and payment reform. They make a very compelling case. But none of them can describe how it happens, because they are all academics, not hospital administrators. As far as I know, no hospital administrator has so far come forward to explain how we could cut costs by 30% without causing quality to suffer. No one even really understands what is going on inside hospital finance departments: who is cross-subsidizing who, how and when “upcoding” is used to pad billings, and so forth. We are trying to regulate behavior that we can’t even really describe.