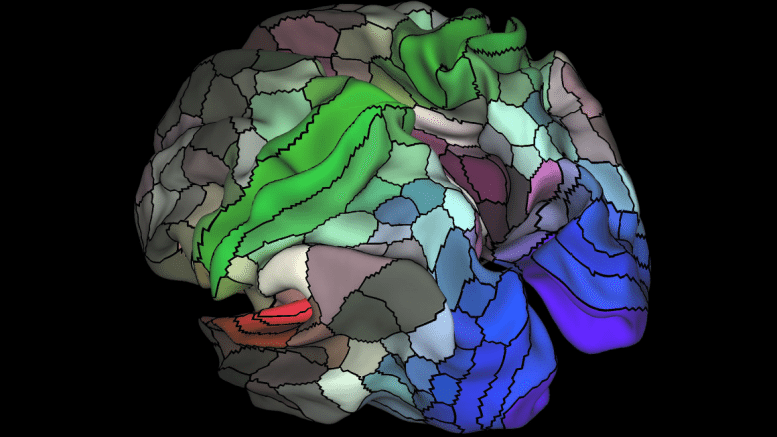 In April 2013, President Obama announced a Federal initiative to map the human brain, in the same manner that the human genome had already been mapped. The initiative was officially called BRAIN, an acronym for “Brain Research through Advancing Innovative Neurotechnologies” Initiative.

The brain was described as one of the final frontiers of understanding, and necessary science to the advancement of humanity.

“The human brain is the most complicated biological structure in the known universe. We’ve only just scratched the surface in understanding how it works – or, unfortunately, doesn’t quite work when disorders and disease occur… This is just the beginning of a 12-year journey and we’re excited to be starting the ride.”

Today marks the identification of 97 new regions of the brain, as compared to the 83 previously known regions. This discovery gives neuroscientists the most comprehensive description ever, and promises to accelerate further research by an order of magnitude.

According to Timothy Behrens, professor of computational neuroscience at Oxford University,

“The extraordinary amount of effort in doing this and doing this so beautifully makes it an outstanding piece of work. It will lead to a profound change in how people think about the brain, and become the default way of describing human brain activity for years to come.”

Although there are many government agencies that issue BRAIN research grants, it is disconcerting that one of the most eager agencies is DARPA (Defense Advanced Research Projects Agency) whose mission is “to make pivotal investments in breakthrough technologies for national security.”

DARPA currently has nine projects underway that it manages directly, and it funds many other external projects. One area of particular interest to DARPA is brain-computer interface technologies, which it has pursued since the 1970s.

Another DARPA-funded initiative at Arizona State University concerned “Narrative Disruptors and Inductors: Mapping the Narrative Comprehension Network and its Persuasive Effects“. This technology plants thoughts and beliefs that did not previously exist in the subject’s mind, and removed other unwanted thoughts and beliefs. In other words, brainwashing.

While the benefits of BRAIN are always framed in terms of wonderful health benefits to ordinary citizens, it should be duly noted that Federal government has other motivations. In DARPA’s case, it is to weaponize and militarize the technology for the sake of “national security”. This should be thoroughly disturbing to all Americans.

DARPA answers directly to Secretary of Defense Ashton Carter, a poster child for Technocracy. A Rhodes Scholar, Carter earned a doctorate in theoretical physics and then did postdoctoral research at Rockefeller University and MIT. He is also a member of the Trilateral Commission.

http://csc.asu.edu/projects/ “Contrary to reports by individuals wearing tinfoil hats and trying to scare people, the project had nothing to do with mind control, brain implants, or magnetic stimulation.” That was reassuring so I took off my tinfoil hat until I read a little further. “In so doing, the project aims to discover the neural network(s) involved in narrative comprehension and persuasion, and to come to a further understanding of how elements of existing narrative theories can induce or disrupt narrative understanding by the presence or absence of those structural components of narrative.” The previous statement clearly shows the intent of… Read more »