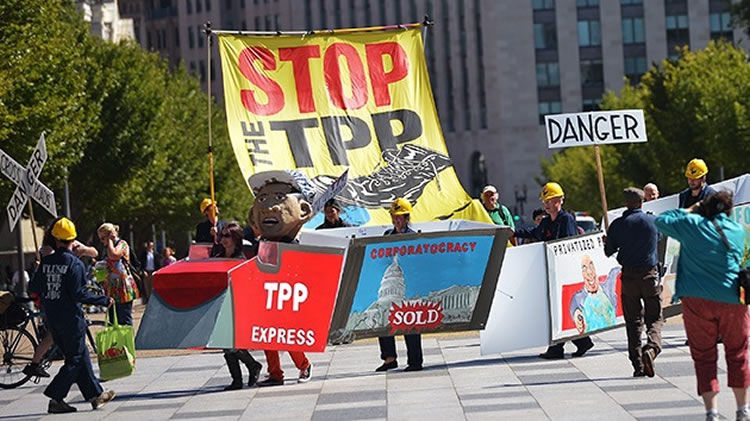 The U.S. Trade Representative, Michael Froman, is the chief architect of the Trans Pacific Partnership (TPP). He is also a member of the elitist Trilateral Commission that has promoted Technocracy and all it entails, since 1973. He is now threatening that if the U.S. doesn’t pass TPP, that China will take over. This is total nonsense, but it shows that Technocrats are starting to sweat over anti-TPP forces. ⁃ TN Editor

Failure to ratify the U.S.-led sweeping trade pact TPP would hand China “the keys to the castle” on globalization and do nothing to solve the real problems underlying American anxiety over jobs, the top U.S. trade official said Thursday.

The tariff-slashing Trans-Pacific Partnership (TPP) has turned into a hot-button topic in the run-up to the Nov. 8 U.S. election, threatening to dampen support from lawmakers needed to pass a deal critics condemn as a job-killer.

U.S. Trade Representative Michael Froman said he was still optimistic Congress would pass the 12-member TPP, in part because China has been moving ahead with a trade deal of its own, the Regional Comprehensive Economic Partnership (RCEP), that would boost its exports and let it set labor and environmental standards in the fast-growing Asia Pacific region.

“We’re one vote away from either cementing our leadership in this region and in the global trading system or ceding it to China,” Froman told reporters in Lima after attending the inauguration of Peruvian President Pedro Pablo Kuczynski.

“At the end of the day I don’t think Congress wants to be responsible for handing the keys to the castle to China.”

Froman’s defense of the TPP follows weeks of heated attacks on the deal as anti-TPP chants and signs have peppered the Republican and Democratic conventions.

The possibility of China dictating labor and commercial statutes is as frightening as the TPP itself. It’s so sad that we don’t have better options.

“At the end of the day, I don’t think Congress wants to be responsible for handing the keys to the castle to China.”

But why not? obama told us we’re no more special than anyone else and just the world’s bullies. So why shouldn;t the Chinee get their chance?