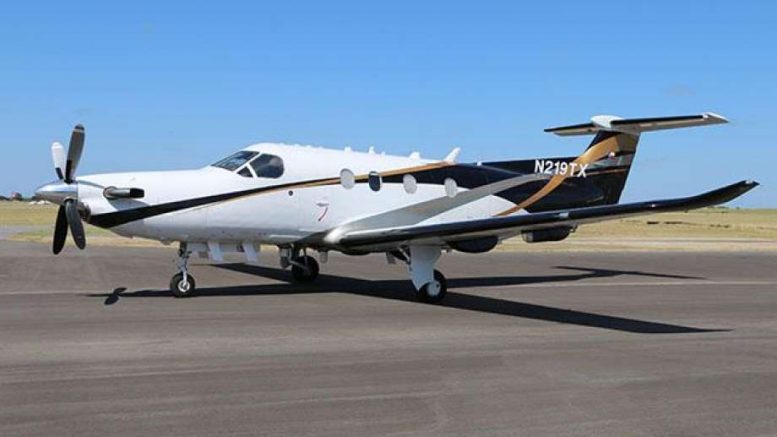 Collecting massive amounts of data from every locality is a prime directive of Technocracy in order for Technocrats to scientifically engineer society. Texas is a good example, where DPS officials say “the planes’ cameras aren’t always rolling.” ⁃ TN Editor

Two high-altitude surveillance planes the state bought for more than $15 million to help secure the Mexican border are regularly circling over San Antonio, according to records and interviews, but details about exactly what they’re doing are scarce.

The Swiss-built Pilatus aircraft are each equipped with more than $1 million in high-definition cameras, capable of capturing images night and day, clear enough that they can show the color of someone’s shirt from two miles overhead. Pilots are guided by powerful mapping software that can superimpose addresses and parcel data over the live video, which can be streamed in real-time by Department of Public Safety officials on the ground.

Public flight records show that after the border, San Antonio is the urban area most heavily circled by the two planes, which collectively spent time on at least 52 days so far this year flying above San Antonio neighborhoods, many of them on the East Side and West Side.

The San Antonio Police Department initially denied knowledge of the planes or using them in any joint surveillance operations with the state and thus said it had no records of why the planes would be flying over San Antonio. But on Friday an SAPD spokesman said there had been a misunderstanding, and that SAPD has been working regularly with the aircraft. SAPD Lt. Jesse Salame said the planes have helped search for suspects such as in the case of the 2016 shooting of SAPD Detective Benjamin Marconi, and also assist the city’s Violent Crimes Task Force. But the department didn’t provide any numbers on how many cases have been assisted by the planes, the result of the assistance or any other details.

For its part, DPS officials say one of the planes helped recently in an unspecified federal human trafficking case in San Antonio. DPS said the planes can be used to support local law enforcement in manhunts, locating missing persons, disaster reconnaissance, search and rescue, tracking vehicles during pursuits and more but, again, the agency would not provide any details, such as the number and type of cases it has assisted, what agencies requested that assistance and results of the flyovers.

Since the purchase, the planes’ activity has received little public scrutiny. But the aircraft — which can reach an altitude of 30,000 feet — are in the air roughly half the days in the year, flying at night, during the day and on weekends, according to public flight records.

In response to a question about privacy protections, Salame said, “When the plane is out looking, it’s probably narrowly tailored to a specific subject or a specific area. … I don’t think they are out randomly looking in people’s backyards and their swimming pools.”

“The camera is not immediately turned on simply because the aircraft is airborne,” the agency said in a statement. “There is a difference between the camera simply being activated, the camera recoding and the video footage being retained.”

DPS spokesman Tom Vinger said later that the planes’ imaging systems, which have thermal capabilities, only tape “significant events” that could be used as evidence or for training purposes.

While the video is public under the Texas Public Information Act, DPS has not fulfilled a San Antonio Express-News request for records related to the Pilatus planes. The agency’s legal department agreed to let the Express-News viewsome of the records in person, but never set a date for a viewing and has not responded to repeated requests over the past several weeks.

Privacy experts said the public should know about use of the technology, which is often deployed by police forces across the country without a warrant, a court order or notice to the local community, said Chris Calabrese, vice president of policy at the Center for Democracy and Technology.
Read full story here…

This is just another example of citizen abuse, they always pretend to be doing something good. whoever is responsible
we probably will never really know. Just like chem-trails, and the destructive new weapon, Direct Energy, all to be used on us for complete power control.