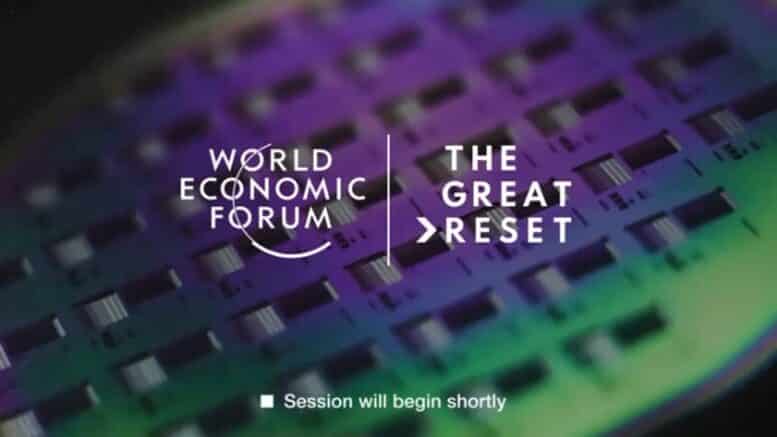 The UN Agenda 2030 with its Sustainable Development Goals is claimed to “ensure peace and prosperity for people and the planet.” The actions are said to tackle poverty and hunger, bring better health and education, reduce inequalities, and save the oceans, forests and the climate. Who can argue against such benevolent goals? But the promised Utopia comes with a price – it sets shackles on our personal freedom.

The leading partners of the United Nations Global Goals project reveal the real technocratic agenda that lies behind the polished feel-good facade – it involves a plan to fully integrate mankind into a technological surveillance apparatus overseen by a powerful AI. The current pandemic scare has been a perfect trigger to kickstart this nefarious agenda.


1. The first leading partner is Bill and Melinda Gates Foundation, built with the fortune from Microsoft and run by the company’s former CEO Bill Gates. The Foundation is one of the key operatives in implementing the Agenda 2030 plan, together with foundations like Rockefeller Foundation, Rockefeller Brothers Fund, Ford Foundation, Bloomberg Philanthropies, UN Foundation, and Open Society Foundation. They all have their roots in population control/eugenics and represents the global elite that ultimately are running the show and shapes the agenda on a global scale. Bill and Melinda Gates Foundation has, together with World Economic Forum, had a prominent role in orchestrating the current COVID-19 hysteria as well as the push for a digital ID.

2. The second partner is Avanti Communications, a British world-leading provider of satellite technology to military and government projects. Their satellites are said to “provide secure, rapid and reliable connectivity for government digital inclusion programmes”. They deliver a world-spanning connectivity which may be used to finally realize the old dream of a World Brain where all human activity can be tracked and analysed in real time.

3. The third partner is 2030Vision, a technology partnership “that connects businesses, NGOs and governments with the technology and expertise they need to realize the Goals”. It is founded and chaired by the British semiconductor company ARM and consists of corporations like Microsoft and the German software company SAP together with a number of technology advocacy groups. 2030Vision, which recently merged with World Economic Forums Frontier 2030, is a partnership that connects cross-sector organisations and the advanced technology solutions needed to support the delivery of the Global Goals.

2030Vision Platform will provide a focal point for the mobilisation of a more concerted and cooperative effort to apply advanced technologies to achieve the UN Global Goals.

4. The fourth partner is the multinational tech-giant Google, provider of cloud computing, a leading search engine and web browser, Android cell phone operating system, Youtube, AI solutions, and a companion of everyday life for billions of people that already intimately track users and their behaviors.

5. The fifth partner is the American global payment and technology company Mastercard. A key player in developing the digital ID that will be needed to access basic service and payment in the New International Economic Order that will rise out of the ashes of the old world system. CEO Ajaypal Singh Banga is a member of Council on Foreign Relations as well as World Economic Forums International Business Council.

6. The sixth partner is American corporation Salesforce, a cloud-based software company headed by Marc Benioff (one of the board of directors of World Economic Forum). They are a global leader in customer relationship management through the use of cloud computing, social media, Internet of Things and AI.

7. The seventh partner is UNICEF (United Nations Childrens Fund). A UN agency that will ensure that no child will be left behind from being integrated in the digital panopticon.

The UN Global Goals and the leading partners are closely intertwined with World Economic Forums Fourth Industrial Revolution – a megalomaniac transhumanist plan that will “redefine what it means to be human” and where every aspect of life will be monitored and controlled from above for the “betterment of humanity”.

In its most pessimistic, dehumanized form, the Fourth Industrial Revolution may indeed have the potential to “robotize” humanity and thus to deprive us of our heart and soul. (Klaus Schwab)

The current COVID-19 crisis is seen by the World Economic Forum and its chairman Klaus Schwab as the perfect trigger to implement their grandiose technocratic plan. Big Tech will come to “rescue” the world. In June 2020, Schwab declared, backed up by prominent people like Prince Charles and UN General Secretary Antonio Guterres, Mastercard CEO Ajaypal Singh Banga, Microsoft President Brad Smith as well as the IMF director Kristalina Georgieva, the need of a Great Reset to restore order in a world steeped in panic, conflict and economic turmoil:

The COVID-19 crisis has shown us that our old systems are not fit anymore for the 21st century. It has laid bare the fundamental lack of social cohesion, fairness, inclusion and equality. Now is the historical moment in time, not only to fight the real virus but to shape the system for the needs of the Post-Corona era. We have a choice to remain passive, which would lead to the amplification of many of the trends we see today. Polarisation, nationalism, rasism, and ultimately increasing social unrest and conflicts. But we have another choice, we can build a new social contract, particularly integrating the next generation, we can change our behavior to be in harmony with nature again, and we can make sure the technologies of the Fourth Industrial Revolution are best utilized to provide us with better lives. (Klaus Schwab)

This techno–fascist recipe will then, in an utmost non-democratic fashion without any public debate or skeptic inquiry, soon be integrated into the agenda of G20 and the European Union – relabeled as the Great Green Deal and with planet-saving qualities. Everything is already in place and, after ostensibly being put on the back burner during the COVID19 crisis, the Climate Change agenda is now back with a vengeance.

We only have one planet and we know that climate change could be the next global disaster with even more dramatic consequences for humankind. We have to decarbonize the economy in the short window still remaining and bring our thinking and behaviour once more into harmony with nature, (Klaus Schwab)

Unsurprisingly, Klaus Schwab fails to mention his own and his cronies’ role in creating this global economic mess in the first place – as it was “foreseen” with stunning accuracy in World Economic Forum’s and Bill Gate’s Event 201 (October 2019) and in the Rockefeller Foundation report Scenarios for the Future of Technology and International Development (2010). 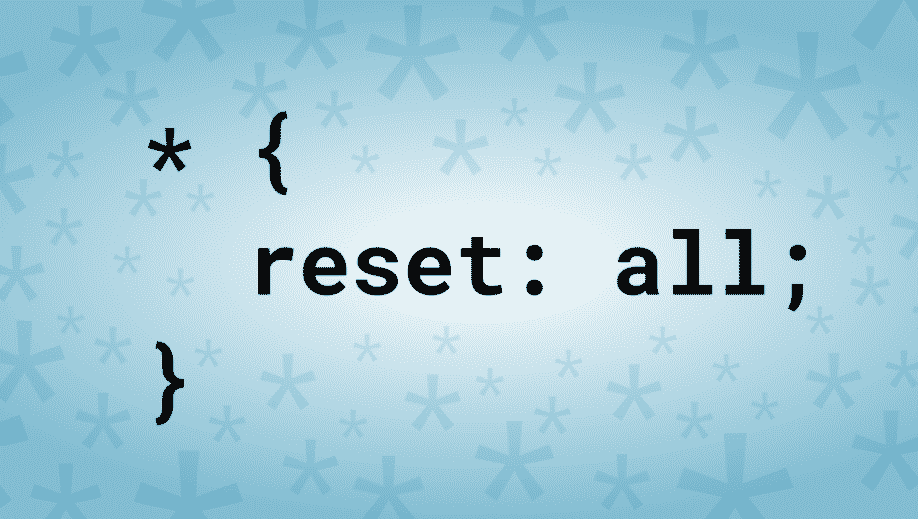 If we don’t respond and act promptly and wisely, the foxes will soon to be in total control of the henhouse.

Jacob Nordangård is a PhD in "Theme Technology and Social Change" and also holds a Master's degree in Geography as well as in "Culture, Society and Media Management" at Linköping University. He lives in Sweden. His latest book, Rockefeller: Controlling the Game, is available in English but only in selected countries in Europe. His website is https://www.stiftelsen-pharos.org
Subscribe
20 Comments
Oldest
Newest Most Voted
Inline Feedbacks
View all comments

I like his last statement, “the foxes will soon be in control of the henhouse”. Though the better statement would be, “Be sober, be vigilant; because your adversary the devil, as a roaring lion, walketh about, seeking whom he may devour:” 1 Peter 5:8. This is the world’s true enemy ‘the devil.’ Who is a fallen angel. It’s amazing to me that little man thinks he can fight such an enemy, he has 1/3 of the host of fallen angels working with him whom you cannot see. We have to have armor and that armor comes from God. Stand=God does… Read more »

Make no mistake about it. This is where all this is leading

“Robotizing humanity”, ie making people as robots should necessarily remove their freewill and thus the responsibility for their actions. However, from a biblical perspective man is judged by God because man is responsible for his actions and if man is not responsible for his actions, then man cannot be judged. But the Bible says everyone should give an account of themselves to God (Rom 14:12). Thus, this plan to robotize humanity should fail. However, possibility of increased surveillance cannot be ruled out.

How could it remove their freewill in a spiritual sense? It couldn’t. We are spiritual in a body that decay’s, but eternal. When our bodies die, we are still alive in heaven or hell awaiting final judgment (Lk. 16:19-31). These people think it is our minds that operate the decaying body, not the heart is where the soul/spirit reside (Hebrews 4:12). Those bodies they will make will have no human spirit, but a demonic spirit, or a made up one from the A.I. which will totally deceive the masses. Whoever goes for this nonsense has of their own free already… Read more »

A thought provoking little story.  Inspired by the book: The Srewtape Letters (a series of letters from a demon to his nephew) by C.S. Lewis published in (1942) “And how did you manage to bring so many souls to hell at that time? Because of fear. Ah, yes. Excellent strategy; old and always current. But what were they afraid of? Fear of being tortured? Fear of war? Fear of hunger? No. Fear of getting sick. But then, no one else got sick at that time? No. Yes, they were sick. I’m sorry. Nobody else was dying? Yes, they died. But there… Read more »

Beautifully written. And so true.

If we could reach Free Energy, as Tesla proposed, all those evil plans would crumble…

You’re not talking about technocracy, because technocracy cannot exist with any form of political/financial interference. You are talking about an existing social engineering program corrupted by the abstract money concept based on the illusion of scarcity, and a political machine dictated to us by an elite group of clowns who run a clowncracy, not a viable free energy technocracy that isn’t operating yet.

Revelation chapters 12-19 gives the details of a bigger ‘reset’, one that removes the evil ruling this world and brings in true justice and righteousness for mankind. How? Revelation chapter 11 verses 11-18. (See also the Bible book of Daniel chapter 2; in particular verses 43+44) The days of this ruling evil are numbered.

The Covid Scam – R FOR RESISTANCE

[…] coup on a global scale involving governments, most media (even some ‘alternative’ media), many global […]

[…] no choice but to stay at home, conduct business online, and wait for further instructions. And the technocrats had found their opportunity. Seizing the moment, Schwab swiftly declared that the global response […]

[…] no choice but to stay at home, conduct business online, and wait for further instructions. And the technocrats had found their opportunity. Seizing the moment, Schwab swiftly declared that the global response […]

The Real Reason They’re Pushing Vaccines So Hard is Both Ludicrous and Terrifying – Truth. Based. Media.

[…] but to stay at home, conduct business online, and wait for further instructions. And the technocrats had found their opportunity. Seizing the moment, Schwab swiftly declared that […]