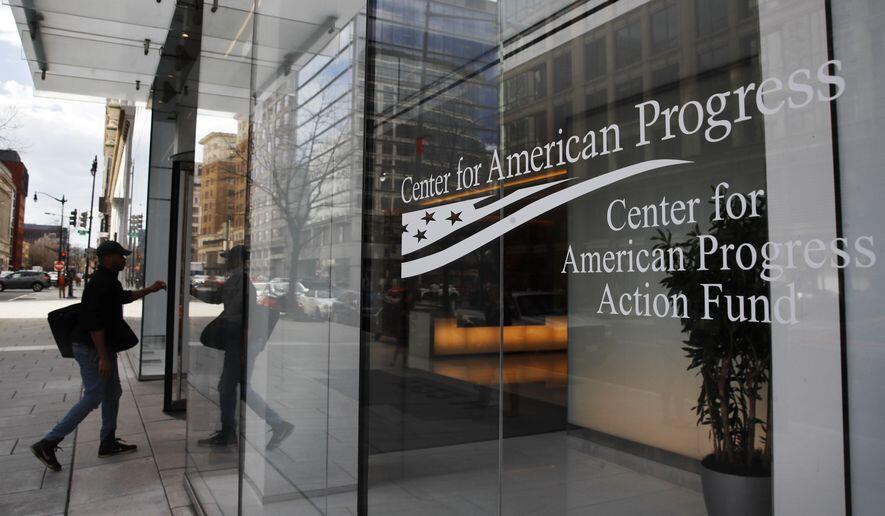 A left-wing Australian advocacy teamed up with the elitist Center for American Progress in the U.S. to destroy the reputation of climate skeptics who dared to debunk faulty global warming science.

Dissent is simply not tolerated. These attacks have been vicious but persistent and well-funded.

The Center for American Progress (CAP) was founded by Trilateral Commission member John Podesta, a left-wing ideologue who almost single-handedly crafted global warming and environmental policies for the Clinton and Obama administrations. Podesta was a central figure in forming the Obama campaign and administration, and was Hilary Clinton’s campaign manager in the during the 2016 elections.

A climate advocacy group called Skeptical Science hosts a list of academics that it has labeled “climate misinformers.” The list includes 17 academics and is intended as a blacklist. We know of this intent because one of the principals of Skeptical Science, a blogger named Dana Nuccitelli, said so last Friday, writing of one academic on their list, “if you look at the statements we cataloged and debunked on her [Skeptical Science] page, it should make her unhirable in academia.”

That so-called “unhirable” academic is Professor Judy Curry, formerly the chair of the School of Earth and Atmospheric Sciences at Georgia Tech, and a Fellow of both the American Geophysical Union and American Meteorological Society. By any conventional academic metric, Curry has compiled an impressive record over many decades. The idea that she would be unhirable would seem laughable.

But there is nothing funny about Skeptical Science. Today, Curry should be a senior statesperson in the atmospheric sciences community. Instead, she is out of academia. She attributes that, at least in part, to being placed on the Skeptical Science blacklist and its use, as expressed by Nuccitelli, to make her “unhirable.”

I asked Professor Curry about this situation. She explained, “In 2012 I was informed by my Dean that the administration wanted me to step down as Chair. While there were several reasons for this, one obvious reason was extreme displeasure by several activist climate scientists who had a very direct pipeline to the Dean.”

So Curry stepped down and started looking for administrative positions at other universities, “At the time, I was getting numerous inquiries from academic headhunters encouraging me to apply for major administration positions, ranging from Dean to Vice Chancellor for Research. I applied for several of these, and actually interviewed for two of them. I did not make it to the final short list.”

The headhunter gave Curry the following feedback from the universities: “They thought I was an outstanding candidate, looked excellent on paper, articulated a strong vision, and interviewed very well in person. The show stopper was my public profile in the climate debate, as evidenced by a simple Google search.”

Indeed, in my own Google search of “Judy Curry,” and confirmed by others on my Twitter timeline, the Skeptical Science blacklist page for her appears on the first page of Google results, and for me it was the top listing.

How can it be that a website, founded by an Australian cartoonist named John Cook and run mainly by volunteer non-academics and amateur scientists, can rise to the position of not just claiming to arbitrate who is and who is not an appropriate hire for universities, but actually fulfilling that role?

Skeptical Science emerged in 2007, the peak of the climate blogging era. It was also a time when the pursuit of “climate skeptics” (or “deniers”) really took off. The website soon found a large audience and was promoted as an ally in the battle against climate skeptics and deniers. For instance, according to Wikipedia, “The Washington Post has praised it as the “most prominent and detailed” website to counter arguments by global warming deniers.”

But the main legitimizing factor in the rise of Skeptical Science as a powerful climate advocacy group was its endorsement by prominent scientists, such as by widely-known climate scientists Michael Mann of Penn State University and Katherine Hayhoe, of Texas Tech. Like Skeptical Science, Mann and Hayhoe focus much of their advocacy efforts on identifying and denigrating so-called climate skeptics or deniers.

But what has happened to Curry is just the tip of the iceberg.

I have read those internal discussions and what I saw is incredibly disturbing, for academic freedom and for simple human decency.

Let me take a step back and explain why I believe that it is appropriate to discuss the content of these hacked discussions. (Note: These hacked discussions are different than the Photoshopped imagery found in 2013 on an unprotected Skeptical Science website showing several Skeptical Science team members with their faces super imposed upon Nazi soldiers, with John Cook as Heinrich Himmler. According to Rob Honeycutt of Skeptical Science, those images were prepared as an in-group joke to make fun of a climate skeptic who appears on another of their lists, and were not intended for the public.)

There are at least three reasons for this. One, the hacked forum reveals that Skeptical Science – a foreign advocacy group — in collaboration with the Center for American Progress (a DC-based progressive advocacy group), improperly obtained Congressional testimony in advance from several U.S. scientists and were engaged to help Democrats in the House to impeach the testimony of these scientists. Second, the leaked discussions reveal a coordinated effort to lobby U.S. elected officials by a foreign-based entity.