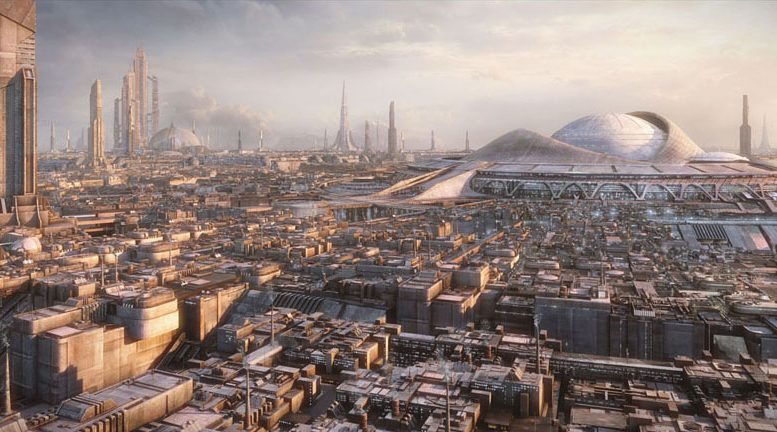 There are alternative futures for cities, other than the ‘smart city’ meme touted by the United Nations and Technocrats everywhere. Further, it is not a foregone conclusions that Technocracy will win. ⁃ TN Editor

When I hear the term “smart cities,” I think of Fritz Lang’s dystopian film, Metropolis. The 1927 classic portrays an Art Deco landscape of wealthy industrialists reigning from high-rise towers over masses of catacomb-dwelling uniformed workers who labor underground to keep the city’s huge turbine-driven machines humming. (If you’ve never seen it, it’s visually fantastic, especially with the new soundtrack.)

The builders of contemporary master-planned cities—the Middle East’s Dubai, Asia’s Songdo, or India’s Gurgaon—are smart in some sense. To be sure, these places draw on top talent in their architects, planners, and environmental consultants. They in turn create luxury districts where technology enables a gleaming and growing mix of oligopoly, exploitation, and surveillance.

These arrangements create stark contrasts. As architect Douglas Kelbaugh toldJames Howard Kunstler, he spent two years in Dubai designing billion of dollars’ worth of “perfume bottle” (beautifully vapid) skyscrapers and abandoned urban projects the size of Manhattan Island—all while encountering daily the thousands of low-wage workers from India, Pakistan, Bangladesh, and China needed to create this immense Ponzi scheme of the most luxurious city-state on the planet.

But Dubai’s private buses full of mostly manual workers paid $5 a day are only superficially different from Songdo’s legions of programmers and developers: both groups are meant to be invisible and disposable elements in the workings of a neoliberal urbanism with endless ambitions to create a city-state which looks like—in Kunstler’s sardonic phrase—“yesterday’s tomorrow.”

A key aspect of the “smart cities” movement is the promise of personal technology to create new economic opportunities. But the fact is that no sharing actually goes on in most of what’s called the sharing economy—companies such as Uber, AirBnB, Lyft and TaskRabbit extract value from contract employees, not in the service of some dewy-eyed mutualistic scheme, but rather for the benefit of perfectly conventional Silicon Valley venture capitalists. The latter process is sometimes called “Uberization.”

It turns out that the sharing economy is mostly about exploitation of workers and earning yourself an enforced membership in the precariat, that mass of short-term (“flexible”) contract employees who now make up about 40 percent of the worldwide labor force.

These are people who live precariously with no guarantee of a job beyond the short-term, generally less than 40 hours of paid work per week, as well as no unions or industry regulation to speak of, given the dramatic disparity in bargaining power here. Where is this all going, we may well wonder.

To take only one set of dark projections, in Average Is Over, economist Tyler Cowen foresees a future in which a tiny meritocracy makes millions while the rest of us struggle on anywhere between $5,000 and $10,000 a year. It already works quite well in Mexico, Cowen quips.

If you happen to be a millennial or know one, then you’re probably familiar with the issues around digital work. But this economic threat to our democracy—the Internet as an inequality machine—is bigger than one generation. It’s in the process of overturning the traditional rights of workers going back to the 19th century. And it’s quickly scooping in oceans of our personal data—a form of personal property—in order to leverage that asset into creating even more value for the few owners of the digital platforms now driving a large proportion of our lives (Amazon, Facebook, Google, etc.).

Since human time and labor is becoming progressively less valuable, especially with the increase in robotization (and decline in quality of formal schooling), possibly reform of Intellectual Property law to include people’s rights to their personal data (personal history, market preferences, daily habits, social circles, individual ambitions, etc.-all of which have been available for free-to data collectors, governments, advertisers, SEO specialists, and even to employers-may allow the “precariat” more economic opportunities then their mere labor. The extension of copyright to ones’ life experiences and desires (as well as ideas) may be a step in the right direction here. Even the… Read more »