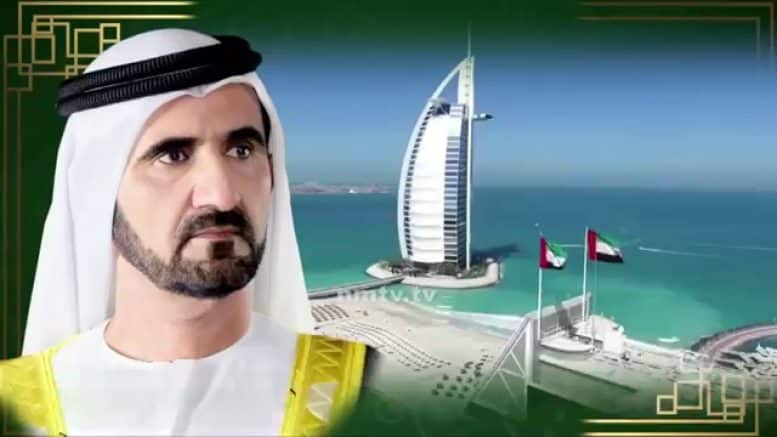 The Islamic world is undergoing a scientific and technology renaissance, asserting leadership in Sustainable Development and now colonizing Mars. They expect a UAE city of 600,000 people on Mars by 2117. Will Islam conquer outer space for Allah? ⁃ TN Editor

On Earth, the United Arab Emirates boasts the tallest building, the largest artificial island and the biggest shopping mall, which includes an indoor ski resort and a colony of penguins.

Earth, though, has its limits, so the Persian Gulf nation is looking elsewhere.

If all goes as planned, a century from now it will have built a fully functioning city of 600,000 people on Mars.

“We aspire in the coming century to develop science, technology and our youth’s passion for knowledge,” tweeted Sheikh Mohammed bin Rashid al Maktoum, the country’s vice president and prime minister, when he announced the project — known as “Mars 2117” — earlier this year. “This project is driven by that vision.”

The Emirates, as the country is known, has joined an elite club trying to put people on Mars, including the U.S., China, Russia and a consortium of European nations, along with a private effort by the entrepreneur Elon Musk and his California company SpaceX.

The country is grooming a cadre of young scientists and engineers it hopes will collaborate with international scientists and other academics to figure out the best mode of transportation to Mars and options for food and housing once humans arrive.

“We see Mars 2117 as a multinational effort, which would set out to create a coalition of equals working together to fulfill a unified objective,” said Saeed Gergawi, program director of the Mars project.

The proposed settlement doesn’t have a firm name yet, but the City of Wisdom is reportedly one possibility.

The plan, which experts say is plausible with enough investment, reflects an ambition that has long distinguished the nation from many of its Middle Eastern neighbors.

That ambition has been enabled by two things: oil and absolute monarchs.

The oil was discovered in the 1950s, when the seven former British protectorates that now make up the Emirates were inhabited mainly by nomadic Bedouin tribes and the economy ran on fishing, date-farming and camel-herding. It has made the country of 9 million people one of the richest in the world per capita.

The monarchs have been in full control since independence in 1971, imposing a vision of modernity that often seems geared toward outdoing the world’s biggest powers — and sometimes themselves.

The country broke ground last year on a skyscraper that will be at least 3,045 feet, or 323 feet taller than Dubai’s Burj Khalifa, which is the world’s tallest building.

Jeez, one can’t get past the first Van Allen radiation belt, but they still think man can get to the moon and Mars Bahahahahahaha!!!!