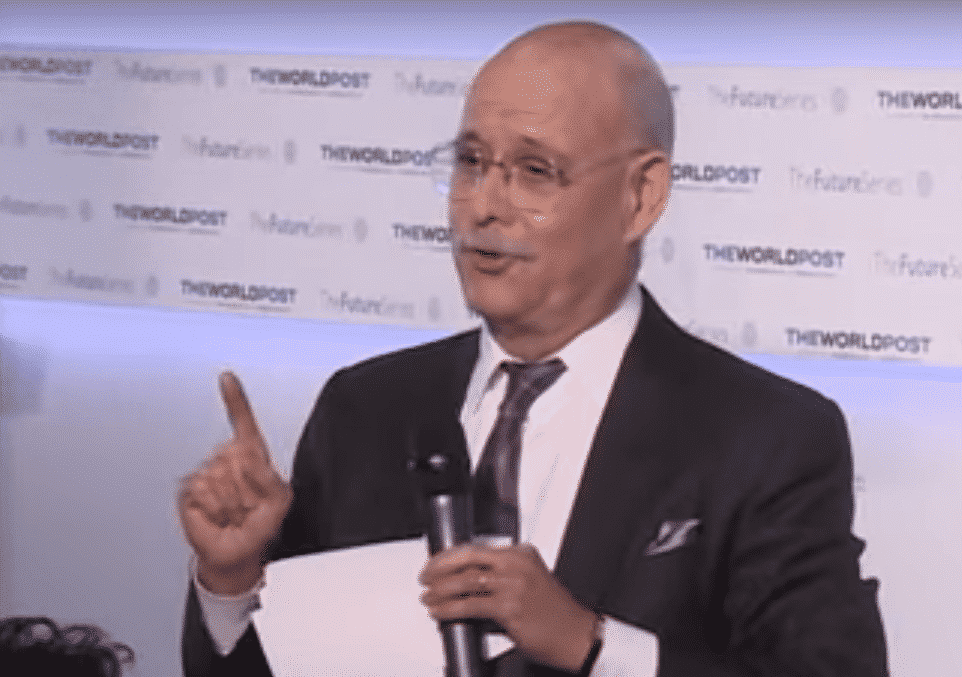 TN Note: This is a must-read article and video by a top global Technocrat, Jeremy Rifkin. His predictions on the Internet of Things (IoT) is essential to understand because it is the very heartbeat of Technocracy and its implementation.

This dire economic reality is now compounded by the rapid acceleration of climate change brought on by the increasing emissions of industry-induced global warming gases. Climate scientists report that the global atmospheric concentration of carbon, which ranged from about 180 to 300 parts per million for the past 650,000 years, has risen from 280 ppm just before the outset of the industrial era to 400 ppm in 2013. The atmospheric concentrations of methane and nitrous oxide, the other two powerful global warming gases, are showing similar steep trajectories.

At the Copenhagen global climate summit in December 2009, the European Union proposed that the nations of the world limit the rise in Earth’s temperature to 3.5 degrees Fahrenheit (2 degrees Celsius). Even a 3.5 degree rise, however, would take us back to the temperature on Earth several million years ago, in the Pliocene epoch, with devastating consequences to ecosystems and human life.

The EU proposal went ignored. Now, six years later, the sharp rise in the use of carbon-based fuels has pushed up the atmospheric levels of carbon dioxidefar more quickly than earlier models had projected, making it likely that the temperature on Earth will rush past the 3.5 degree target and could top off at 8.6 degrees Fahrenheit (4.8 degrees Celsius) by 2100 — temperatures not seen on Earth for millions of years. (Remember, anatomically modern human beings — the youngest species — have only inhabited the planet for 195,000 years or so.)