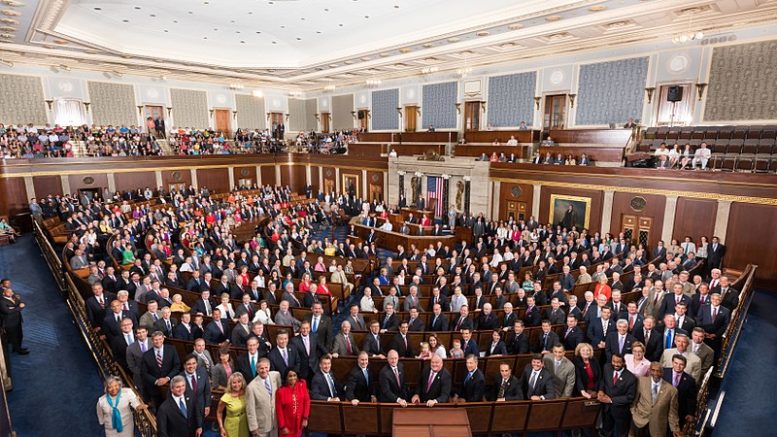 Please Share This Story!
PDF 📄
Technocracy rolls on behind the scene while politicians are gridlocked in legislative and legal chaos, while selective deregulation turns over more power to Technocrats advancing Sustainable Development. ⁃ TN Editor

Voltaire said, “If you wish to converse with me, define your terms.” In this article, the required definitions are explained as follows.

Many people have heard laws and regulations being used in the same sentence. It is also assumed that they are related to each other in many ways. However, definitions of both the words often cause confusion between the two words making people believe that they are the same. These words are different from each other in distinct ways. Laws are rules that are enacted by a governing body, while regulation is the process of monitoring and enforcing the rules.

Donald Trump argues that his deregulations are freeing up and boosting the economy more than all the tax cuts he introduced. It is true, but just as people didn’t know how the addition of those regulations gradually strangled the economy, they are unaware of how they free it. His deregulation removed the “monitoring and enforcing,” but it did not remove the laws written by the enacting body, in this case, Congress.

Deregulation is rare as Trump pointed out. Removal of the laws that required the regulations is even rarer. It is almost impossible to imagine Congress agreeing even to consider removal of the laws that underpin the Trump deregulation examples. This means that throughout US history every law created to resolve an issue remains ‘on the books.’ Because of the legal practice of precedence, this means that an almost unlimited set of laws exist that any lawyer can use to argue a case.

The underlying point, experienced but rarely articulated, is that as soon as government becomes involved in an issue, it is a guarantee for no resolution of the issue. Worse, the resolution will become part of the larger growth of government, laws, and regulations that will eventually smother society. Continued growth of government is proof of my argument.

Because of this, you frequently hear people say, “There is too much government and too many laws.” Thirty minutes later you can hear the same person say about another issue, “Why doesn’t the government do something about this?” Many people claim that politicians don’t listen. What they mean is the politicians don’t seem to do what they want. The politicians do listen and respond but with knee-jerk, completely unnecessary reactions.

Every day new events occur that create a negative impact on at least one segment of society. Usually, there is an outcry and politicians feel obliged to respond. Today, the event and its implications for society, are amplified by the sensationalist media. The politicians respond by producing new legislation to deal with the event.

It is reasonable to assume that most new legislation or rules are not required. The Bible only needed ten rules. It is revealing to look at the original ten as set out in Exodus 20:2-17. There are only two (2) that are relevant in any society over time. 1. You shall not murder, and 2) You shall not steal. Of course, coveting thy neighbor’s wife works both ways and even other ways today.

Today there are so many laws that a lawyer can almost always find something to stretch and bend to overcome any charge. Sadly, it depends on whether you can afford a good lawyer and that in itself makes a mockery of the law and justice.

Lawyers are the largest professional group in politics.

According to the Congressional Research Service 170 members of the House and 60 Senators are lawyers.

Out of a total of 435 U.S. Representatives and 100 Senators (535 total in Congress), lawyers comprise the biggest voting block of one type, making up 43% of Congress. Sixty percent of the U.S. Senate is lawyers.

Somehow this doesn’t prevent them piling law on law. A new circumstance arises that seems to get people upset. Most of the issues that persist over a few months gather political momentum. These include public and private meetings, the creation of concerned citizens, and corporate-funded lobby groups. Meanwhile, the politician’s setup research groups and ultimately hold public and private hearings. The media confuse the situation by selecting and amplifying specific issues.   There are few days when Congress is in session that you can’t tune to one committee or another holding hearings and special hearings. It is easy to argue that this is their job, but what it does is allow them to perpetuate their job.

In almost every case the conclusion is a recommendation for more legislation, and that means more laws. Trump recommended that politicians eliminate two old regulations for every new regulation. It is an excellent first step, and initially, it is working better than expectations. However, that won’t continue, no matter the benefit to society. At some point, the bureaucrats and lawyers and lawyer/politicians will stop the bleeding because, ultimately, they are in control and will not allow elimination of their positions and power. Undoubtedly, they will use the vast array of laws on the books to make their case.

But this underscores the problem that laws, and the accompanying regulations are self-perpetuating. When a regulation is eliminated the laws stay on the books. It is like erasing a software program. When installed it places controls throughout your computer that remain unless specifically and individually removed, even if you erase the basic program.

The debris accumulates and eventually clogs the system. The laws accumulate in the same way, except that lawyers dig through them, and that is much easier now with computers until they find all or part of one that is close enough to their argument. Almost always this is not related in any way to the original intent of the law. That is why Justice Kavanaugh spoke about how he decides a case – he looks at the Constitution, then Precedent. He only looks at the intent if it is not clear. Is he saying that in every law or portion of the law, and it is always that, lawyers know the intent? Talented as they are, that is not credible.

It is time for a legislative spring cleaning. They should eliminate all deregulated laws. Do not allow any new law that did not get full vetting of overlap with existing law. Gradually eliminate all laws not challenged before the Supreme Court. This could begin by eliminating all other laws over 100 years old and to continue removal until all unnecessary laws are gone.

This will work because it is working in almost every other country in the world. It is not working in America, not just because of the complexity but the prohibitive cost. It alone explains but doesn’t justify why America has more lawyers per capita than any other country in the world – one lawyer per 265 Americans. It is a growth industry that guaranteed its continued existence by saying that America is a nation of laws. Yes, it is because they made it that way.

However, it is not a nation of justice because they made a system so complex and arcane that they retain complete control. Legal technocrats with total control because they defined and created the system, control the society by pretending to deal with social and economic issues when they are actually self-perpetuating. They are the only ones that can afford the law. They use the people’s money to pursue and prosecute those people. They can stretch out and delay at will until justice is denied to the people. It is why British Prime Minister William Gladstone said, justice delayed is justice denied.

It is also why Charles Dickens wrote Bleak House in which families are involved in legal disputes through a legal company called Jarndyce and Jarndyce.: The legal issues are resolved by the end of the book, but everybody involved is dead.